The phones have been ringing all evening. With the exception of a handful of supporters from Xavier Bertrand, "we were 4.5 in the know", everyone was taken aback. The president of the Hauts- region… 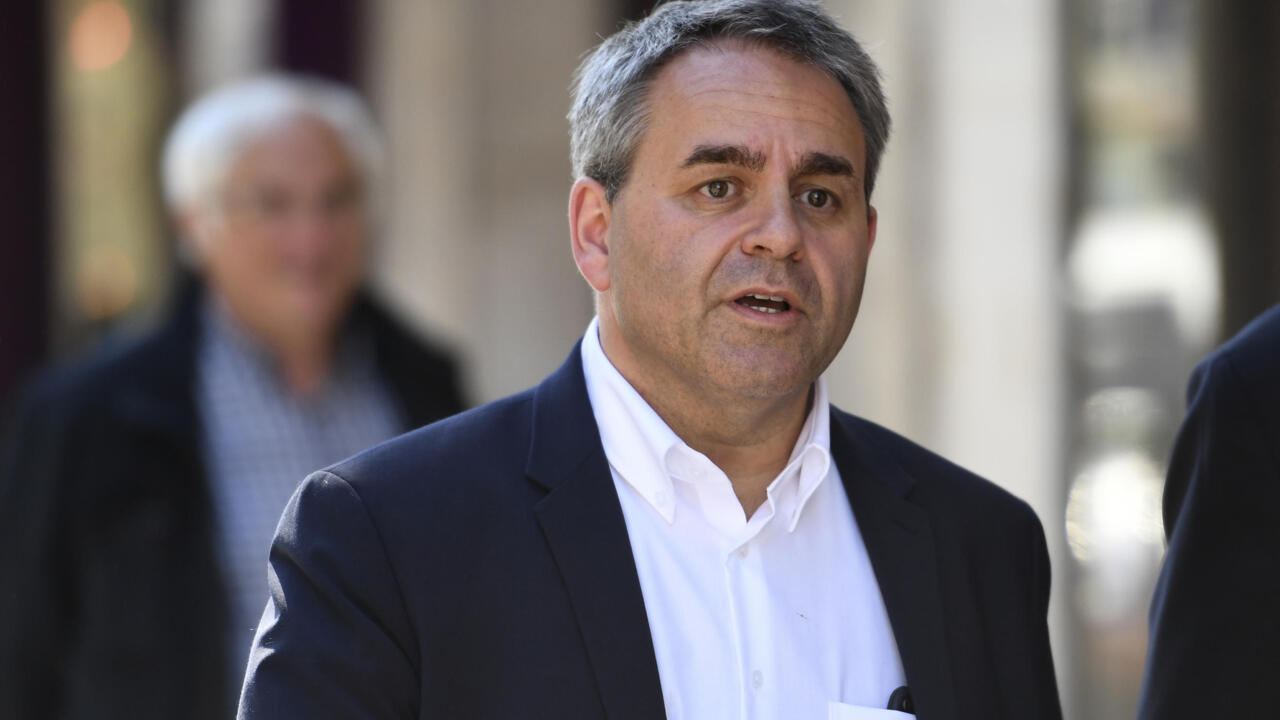 The phones have been ringing all evening.

With the exception of a handful of supporters from Xavier Bertrand, "we were 4.5 in the know", everyone was taken aback.

The president of the Hauts-de-France region has officially declared, in the newspaper Le Point, his candidacy for the presidential election of 2022. He hopes to shake up his camp and the match announced between Emmanuel Macron and Marine Le Pen.

In the river interview granted to the newspaper Le Point, the former minister of Nicolas Sarkozy defends "

restore the authority of the State, to turn the page on Parisian centralism.

To do this, several measures: a five-year planning law on security, lowering the penal majority to 15 years and a Gaullian spirit, going beyond.

My duty is to beat Marine Le Pen

" he sums up, relying on recent polls which place him in a better position than Emmanuel Macron to beat the far-right candidate in the second round.

Problem, there is first a first round.

And for now, opinion studies show Xavier Bertrand installed between 14 and 16% of voting intentions, insufficient to qualify for the final.

the announcement in Le Point

It was necessary to accelerate

If it is not surprising, this announcement immediately rekindled the tensions on the right.

Because in addition to announcing that he is formally a candidate, Xavier Bertrand confirmed that he would not participate in the primary.

A coup denounced by supporters of a tie-breaking system.

Guest of Sud Radio, Senator Bruno Retailleau, who would see himself as a candidate for the right in 2022, also attacked the timing of the announcement: "I think that the first anxiety of the French is not to know who will be candidate, but if they are going to be able to get vaccinated, that's it.

Does the region still interest him?"

For Xavier Bertrand, Hauts-de-France are only a springboard

”attack on his side on Twitter Sébastien Chenu, RN candidate in Hauts-de-France.

For him, Hauts-de-France is only a springboard.

Xavier Bertrand will he succeed in winning on the right?

Wednesday evening moreover, while he declared himself in Le Point, two other right-wing figures recalled in memory of the conservative electorate, Laurent Wauquiez in Le Parisien and Michel Barnier in Le Figaro.

Sign that the match is far from being folded internally.

In the entourage of Christian Jacob, the boss of the party, we also evoke a non-event: "

It does not change anything, he is not our candidate since he is no longer a member of the LR

The party boss would have preferred François Baroin or Nicolas Sarkozy.

In the Bertrand camp, we are aware of the difficulty of the task, and we hope that this announcement will create an irrepressible dynamic.

What if, within ten days, the polls showed a dynamic Xavier Bertrand?"

It would change everything!

A dynamic which could also upset the balance of power between presidential candidates.

Many on the right are scrutinizing Emmanuel Macron's popularity curve with interest.

What if the hiccups continued?

What if the president goes down?

What if that paved the way for Xavier Bertrand?

He is a candidate that should not be overlooked.

He can make the rally more than another

"concedes the entourage of a minister come from the right, before concluding:"

But I do not see his troops.