On Thursday evening, the association Arkitekturupproret named the ugliest new production in Sweden for the fifth year in a row. One of the nominees was the new town hall in Växjö, but the construction had to settle for a sixth place. Instead, the building was praised as this year's fake view. 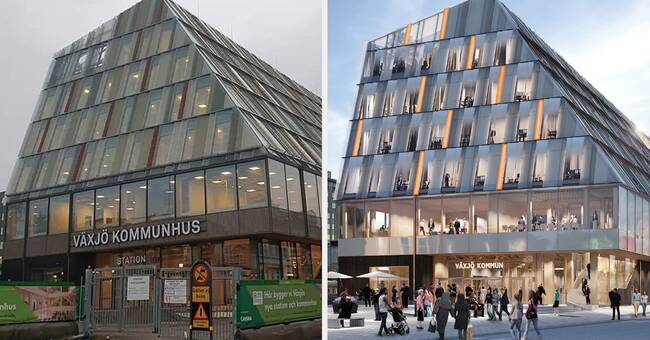 The awards gala is inspired by the British award "Carbuncle Cup", which nominates the ugliest building in the UK every year.

In the category Most lying of the year, it is about architects' unrealistic vision images, so-called fake views, which then do not correspond to the finished result.

According to the Architecture Uprising, no open vote was needed this year, but Växjö's new town hall was the clear winner.

The architectural uprising describes itself as a politically independent non-profit organization that works for more beautiful architecture and more pleasant cities.

The members are a very mixed crowd with different backgrounds and professions.

The 2021 poll of the ugliest buildings of the year collected 12,154 votes and can probably not be considered scientific.

But the winner was Liljevalch's extension in Stockholm with 3595 votes.