Here they are suspected of the gang murders in Norrköping

A double murder outside a nightclub and a murder outside a fast food restaurant. Today, charges are brought for the gang murders in Norrköping. Below you can take part in SVT Nyheter Öst's survey of the victims and the six suspects. 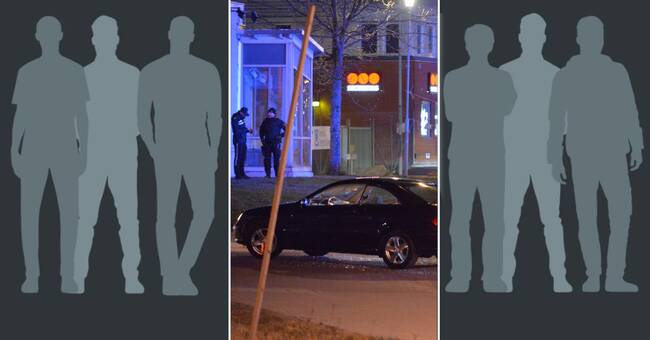 On December 5, 2019, two men were shot dead outside a nightclub in Norrköping.

Pointed out as a leader in No Surrender MC.

The man was for several years an active part of the gang environment in both Linköping and Norrköping.

Before No Surrender MC came to Sweden, the man had connections to the motorcycle gang Black Cobra, which fell asleep in the region.

In 2018, the man was sentenced to two years in prison after an extortion attempt in Norrköping.

Before his death, he had recently been released from prison.

Also connected to the criminal network No Surrender MC, but is not considered to have had any leading function.

He has not been convicted of any serious crime.

The man has previously been convicted of, for example, drug offenses.

On April 10, a man was shot dead outside a fast food restaurant in Norrköping.

Be a member and leader in the region for the criminal group No Surrender MC.

On January 22, he was also subjected to a bomb attack on his apartment in Norrköping.

In 2018, he was sentenced to one year and six months in prison for attempted extortion.

He was convicted in the case together with the 39-year-old man from Linköping, who was shot to death outside the nightclub.

The 37-year-old was shot to death in a black Mercedes outside a fast food restaurant in the Ingelsta area in Norrköping on April 10, 2020.

A total of six people are in custody on suspicion of involvement in the murders.

Suspected of murder and attempted murder, and aggravated weapon crime.

Is a deputy board member in a small company in Stockholm.

The man has previously been sentenced to probation for drug offenses and served a two-month prison sentence.

Suspected of murder and attempted murder.

Has previously been sentenced to two months in prison and probation for assault.

: Suspected of aiding and abetting murder and attempted murder.

He has not been convicted of any serious crime before.

Suspected of aiding and abetting murder and attempted murder.

Previously sentenced to three years and three months in prison for, among other things, aggravated assault and robbery.

He has appeared in the investigation regarding the so-called "Landvetter bomb", but has been written off.

Suspected of aiding and abetting murder and attempted murder.

Has previously been sentenced to two years in prison for a felony.

However, he was acquitted in the Court of Appeal for that part of the prosecution and the sentence for other crimes was reduced to one month.

Suspected of aiding and abetting murder and attempted murder in Norrköping, as well as a serious weapon crime.

He has not been convicted of a previous serious crime.

The man can be linked to a tattoo studio in Norrköping which in December 2020 was subjected to arson.

According to a press release from the Public Prosecutor's Office, a total of four of the people are charged with involvement in both shootings - two of them only for the Ingelsta murder.