H&amp;M and Nike don’t know anything about Xinjiang Cotton!

China News Service, Beijing, March 25 (Reporter Li Jinlei) Recently, "Xinjiang Cotton" has been pushed to the forefront.   The boycott of Xinjiang cotton by brands such as H&M and Nike aroused public outrage and was boycotted by the entire network. And their reason for boycotting Xinjiang cotton is actually based on the so-called "forced labor" lie in Xinjiang, which is even more absurd (H) abs 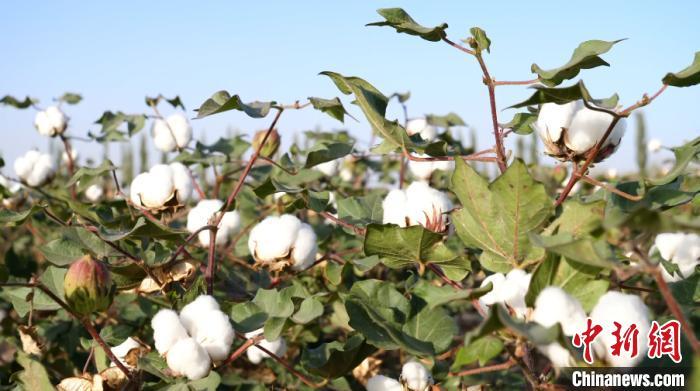 The boycott of Xinjiang cotton by brands such as H&M and Nike aroused public outrage and was boycotted by the entire network.

And their reason for boycotting Xinjiang cotton is actually based on the so-called "forced labor" lie in Xinjiang, which is even more absurd (H) absurd (M).

These so-called "boycotters" know nothing about "Xinjiang cotton".

Therefore, Xinjiang long-staple cotton, the world's top quality quilt, is warm, breathable, and comfortable, and it is in short supply for many years.

Xinjiang is the main cotton producing area in China.

Xinjiang cotton is not enough by China itself

Among them, the output of Xinjiang cotton is 5.2 million tons, accounting for about 87% of domestic production and about 67% of domestic consumption.

In other words, Xinjiang cotton is not enough by China itself.

The cotton production situation of the country and all provinces (autonomous regions and municipalities) in 2020.

From the National Bureau of Statistics.

According to data from the National Bureau of Statistics, in 2020, Xinjiang’s cotton area will have more favorable climate conditions, with less disease and insect pests, and good cotton growth. The cotton yield per unit area is 2062.7 kg/ha (137.5 kg/mu), an increase of 93.8 kg/ha over the previous year (6.3 kg/mu), an increase of 4.8%.

The output per unit area ranks first in the country.

According to the 2020 data released by the Xinjiang Agricultural Department, the mechanical picking rate of cotton in Xinjiang has reached 69.83%, of which 95% of the cotton in northern Xinjiang is picked by machinery.

The claim that 70% of Xinjiang's cotton is picked manually is seriously inconsistent with the facts.

Farmers in the 9th company of the 31st Regiment of the Second Division of the Xinjiang Production and Construction Corps are picking new cotton by machine.

A lot of "cotton pickers" are no longer needed

Xu Guixiang, deputy director of the Propaganda Department of the Xinjiang Uygur Autonomous Region Party Committee, said that Xinjiang cotton production has already been highly mechanized, and even in the busy picking season, there is no need for a large number of "cotton pickers."

At the same time, from the past to the present, Xinjiang does not exist at all, and there is no need for compulsory mobilization to pick cotton.

It is understood that during the nearly 50-day cotton picking season, the average cotton picker earns tens of thousands of yuan per person.

Why can't people make so much money in such a short period of time?

In recent years, the number of Han cotton pickers has declined. This is mainly due to the continuous increase in the income of the inland rural laborers and the declining number of people going to Xinjiang to pick cotton, which has nothing to do with the “government forcing local labor”.

Therefore, it is absurd for brands such as H&M to boycott Xinjiang cotton on the grounds of "forced labor" in Xinjiang.

Wearing colored glasses to see the world, the white cotton is also "black".

Ignoring facts, making unpredictable intentions, turning black and white, and discrediting China, I will eventually pay the due price for my wrong actions.

"There are some brands of that quality that are not suitable for Xinjiang cotton."-Chinese netizen.