Citizens and Residents: Hamdan bin Rashid will remain alive in our hearts

The noble human qualities topped the lamentations of the late Sheikh Hamdan bin Rashid Al Maktoum, citizens and residents, on social media, who described the forgiven with the most friendly qualities and closeness to soul and heart, stressing that he will remain alive in their hearts for life. 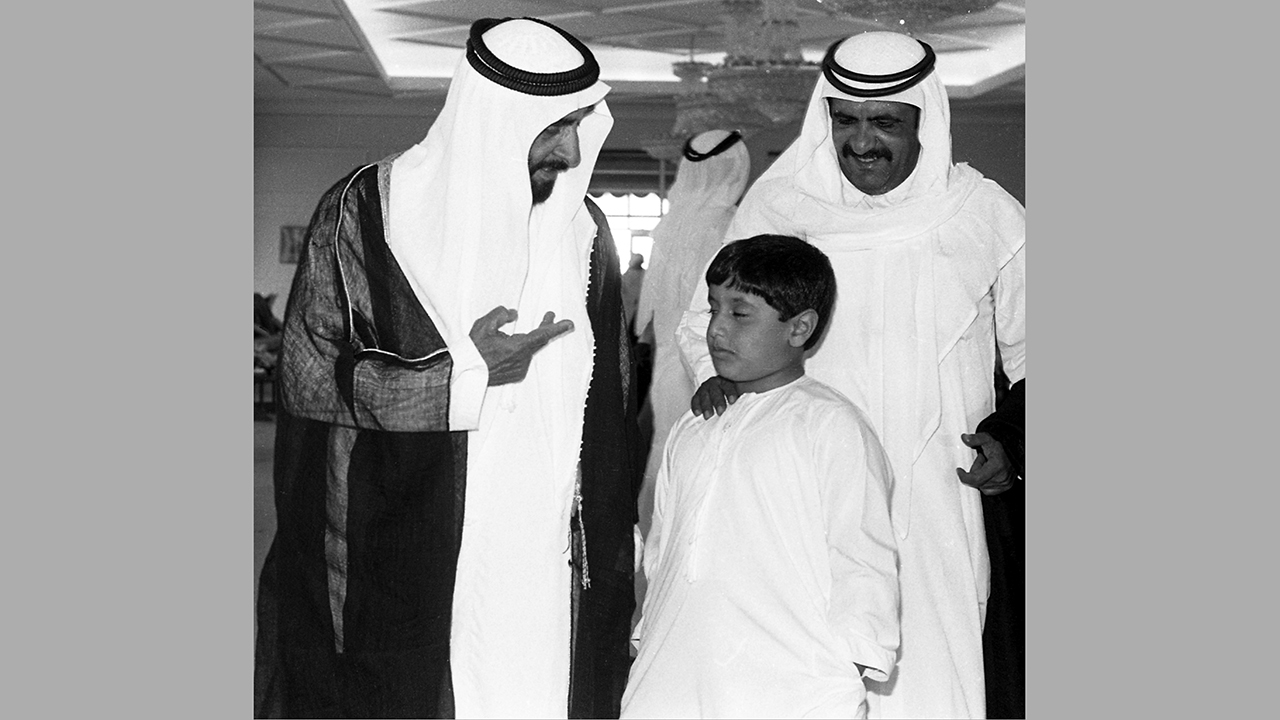 Citizens and Residents: Hamdan bin Rashid will remain alive in our hearts

The noble human qualities topped the lamentations of the late Sheikh Hamdan bin Rashid Al Maktoum, citizens and residents, on social media, who described the forgiven with the friendliest qualities and closeness to soul and heart, affirming that he will remain alive in their hearts for life.

In the comments, the description of Sheikh Hamdan bin Rashid Al Maktoum, may God have mercy on him, was repeated as a person with a tender heart and a kind spirit, unanimously agreeing that it is one of his most prominent qualities when dealing with any individual, young or old.

Thousands of people expressed, on social media, their deep sadness at the departure of Sheikh Hamdan bin Rashid Al Maktoum, describing the deceased as a loyal man, a generous person who puts others ahead of himself, and is loyal to his country and his people.

Thousands of tweeters called for mercy, and that God reward him with the best reward for his deeds and achievements, which have risen in the Emirate of Dubai and the state over the past years, during which he worked with dedication, love and sincerity, offering all possible bids to contribute to the renaissance of the state and its progress in the process of development and advancement Social, economic and financial, until the state assumed a prestigious position worthy of it.

They called him a gentle and friendly man, a kind-hearted man, and a man of humanity, calling him mercy, forgiveness, and a high position in Heaven.

Some addressed him in their comments, saying: "We will never forget you, and you will remain alive in our hearts as long as we live, and we will always remind you of the good."

A large number of foreign community members expressed their mourning for the loss of Sheikh Hamdan bin Rashid Al Maktoum, and spoke to him as if they knew him closely, describing him as a great person who could not be forgotten, and they addressed him saying: "We will miss you a lot."

Comments that describe the forgiven indicate that he was close to the hearts of the people who knew him and worked with him, citizens and residents, as many emphasized in their words expressing their grief, that they would never forget him, describing him as a loving and affectionate man of humanity.

Citizens described Sheikh Hamdan bin Rashid Al Maktoum as one of the pillars of the building that laid the foundations for the consolidation and development of the life of the people and the nation, stressing that he worked silently and lovingly in serving the country.

They emphasized that his record is full of humanitarian work and giving, and that he has devoted his time and effort to consolidate the noble principles of sustainable humanitarian and community initiatives, and to support science, culture and sport.

The initiatives and projects that the late late helped launch and establish include prestigious achievements, including the Hamdan Bin Rashid Award for Medical Sciences, the Hamdan Award (ISESCO) for Voluntary Development in Educational Facilities in the Countries of the Islamic World, which was launched in 2017, and the UNESCO-Hamdan Bin Rashid Al Prize. Maktoum to reward outstanding practices and efforts to improve teacher performance.