The historian and human rights defender Maâti Monjib, on hunger strike for 19 days, was released on parole on Tuesday March 23. In prison for three months and sentenced for "f ... 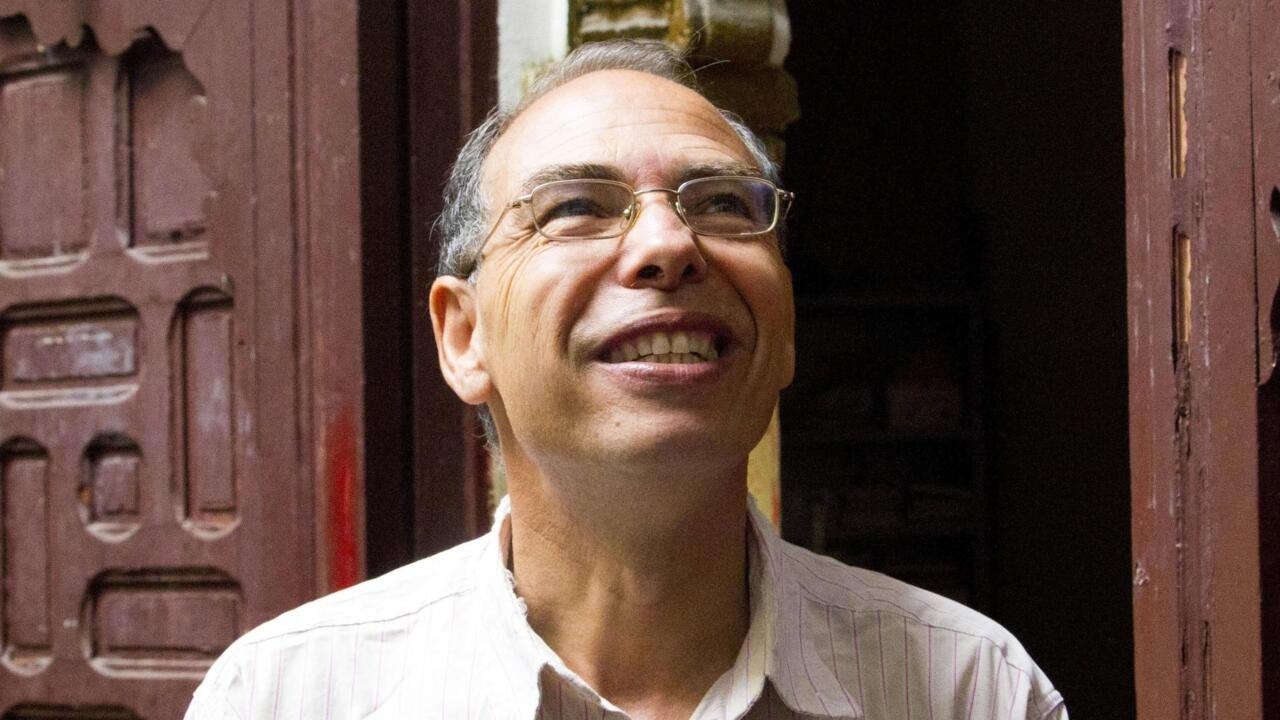 The historian Maâti Monjib, here on September 17, 2015 in Rabat, Morocco.

The historian and human rights defender Maâti Monjib, on hunger strike for 19 days, was released on parole on Tuesday March 23.

In prison for three months and convicted of "

endangering the security of the State

", he has repeatedly denounced an "

He and his lawyers intend to drop all charges against him and against other detainees.

The charges against me are fabricated by the political police.

(...) Now that I enjoy provisional freedom, I will campaign for the release of the other detainees

”: these are the words pronounced by

The investigating judge decided to provisionally release the 60-year-old man.

one year in prison

”, after a preliminary investigation for “

in his eyes, as he again proclaimed on Tuesday.

While his support committee in Paris was mobilized, Reporters Without Borders called on Friday March 19 for his immediate release and denounced a "

After learning of the historian's release, Christophe Deloire, secretary general of RSF, hailed a "

the abandonment of all unfair prosecutions launched against journalists in Morocco

Posted by Support for Pr. Maati Monjib & Freedom of Expression in Morocco on Tuesday March 23, 2021

"That all the charges weighing on Maâti Monjib be definitively dismissed"

Me Mohamed Messaoudi announced earlier in the day on Tuesday the release of his client, who has "lost 12 kilos" since the start of his hunger strike on March 4.

Me Vincent Bergarth, of William Bourdon's office in charge of the defense of Maâti Monjib in Paris, told RFI to welcome this provisional release "

with a lot of relief

", because the state of health of the detainee "

". especially since he suffers from diabetes and heart problems.

This release is a first step in what we are very firmly awaiting, namely that all of the charges which weigh today on Maâti Monjib are definitively dismissed, so much the political character of the measure and the legal proceedings in this file is not the slightest doubt.

► To listen also: Maâti Monjib: "The persecution against me is permanent"

Six journalists and activists were tried and sentenced along with Maâti Monjib in January.

Three of them left Morocco and obtained political asylum in France and the Netherlands.

According to the Franco-Moroccan human rights defender, the legal repression against him finds its source in an article he wrote about the "

" in Morocco which allegedly attacks activists.

Journalism is not a crime, neither in Algeria, nor in Morocco and nowhere else https://t.co/UApm2SDhqv

Maâti Monjib, Moroccan journalist and historian: "The persecution against me is permanent"