Here, the S-politician comments on Assignment review: "Marie-Louise must have sickness benefit or sickness compensation"

Several political parties want to see improvements in health insurance, but they disagree on whether laws need to be changed or not. The Social Insurance Committee's vice chairman Rikard Larsson (S) is self-critical that the government has not yet passed new legislation - and chooses to comment on the case of Marie-Louise Järlesand, who despite her illness was denied sickness benefit by the Swedish Social Insurance Agency. 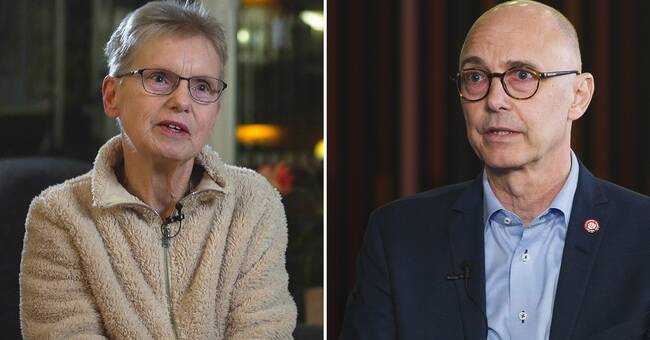 Assignment review has in a three-section long series reviewed Försäkringskassan.

Tens of thousands of Swedes have lost their sickness benefit despite having a doctor's certificate that they are ill - and where you live and which administrator you have affects the risk that your sickness benefit will be withdrawn.

Assignment review invited three representatives from the Social Insurance Committee to a debate on health insurance.

- It is obvious when you see this report and hear those who speak out as representatives of the Swedish Social Insurance Agency: We have legislation that can be interpreted as enormously strictly as this legislation can be made.

We have to get away from that, says vice chairman Rikard Larsson (S).

"Marie-Louise will have sick pay"

In Assignment review series we meet Marie-Louise Järlesand who due to her illness has severe stomach pain and vomits several times a day.

She lost her sickness benefit after five years.

Försäkringskassan considers that she should take a "normally occurring job".

That is wrong - both the Left Party's Ida Gabrielsson and the Social Democrats' Rikard Larsson think.

- I do not think she should have a job.

It is quite rare for us as politicians to comment on individual cases.

When I see this report and Marie-Louise's situation, it becomes obvious to me that Marie-Louise should have sickness benefit or sickness compensation, says Rikard Larsson (S).

Lacks support in the Riksdag

An independent investigator has, on behalf of the government, investigated and presented proposals for changes in the law within health insurance.

The proposal concerns, among other things, that the Swedish Social Insurance Agency must state against which "normally occurring work" the applicant is being tested against.

But the changes have neither support from the Swedish Social Insurance Agency nor in the Riksdag.

- What worries me about these changes in the law is that the sick risk becoming sicker.

If you have a football player and it gets injured in the knee, well then you do not wait a year before you start rehabilitation.

This is exactly what the government wants now, to postpone all these time limits so that important actors do not have to act, says the committee's chairman Maria Malmer Stenergard (M).