Cold start against «unknown» Hungary: U21 wants to win the season opener

For the DFB youngsters it will be a European Championship start under special conditions. The opponent is difficult to assess, the team is barely rehearsed, and there are no fans because of the corona pandemic. One or two personnel questions are still open before kick-off. 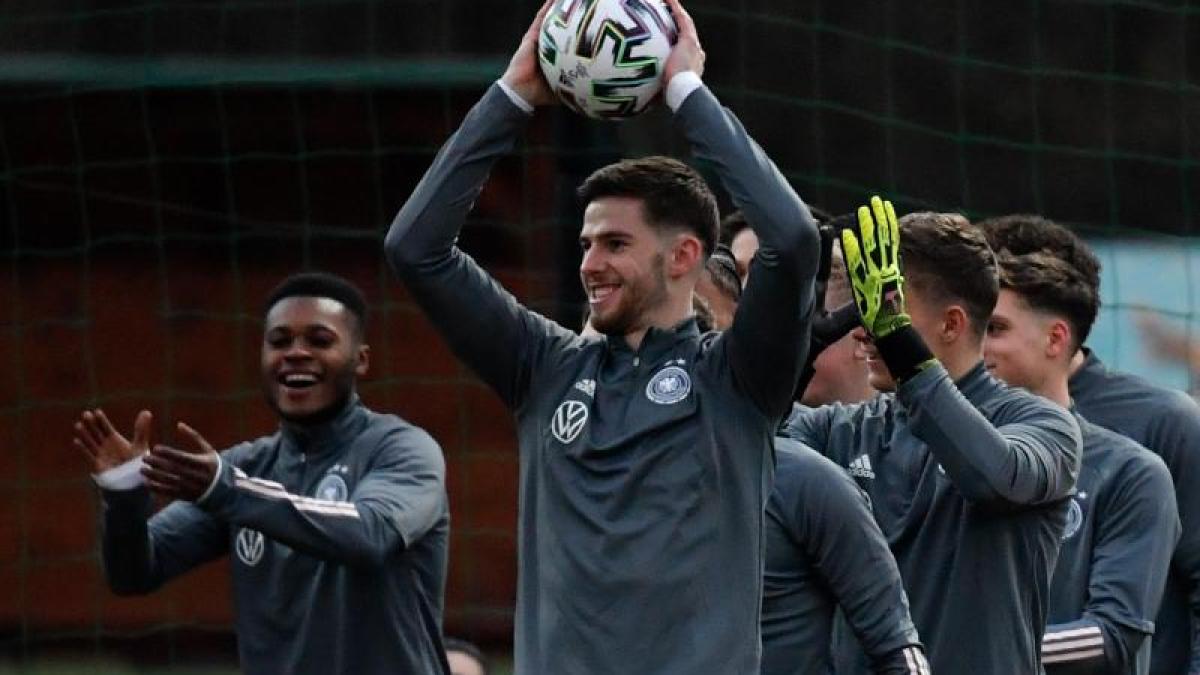 Szekesfehervar (dpa) - After a short preparation, Germany's U21 footballers are ready for the start of the European Championship.

After only three joint training units in the host country Hungary, the DFB selection today (9 p.m. / ProSieben) against the co-host is about a successful start.

"If we bring our performance on the pitch, then I see good chances for us," said central defender Nico Schlotterbeck from 1. FC Union Berlin.

The most important things about the German European Championship opener at a glance:

Two teams from the group of four make it to the quarter-finals, other opponents are the highly rated Netherlands and Romania, which surprisingly made it to the semi-finals in 2017.

“The goal is very clear, we want to come back here at the end of May,” said coach Stefan Kuntz, referring to the knockout phase.

STAFF: There is a particular focus on someone who may not show up right from the start: The 16-year-old mega-talent Youssoufa Moukoko could become Germany's youngest U21 player to date on Wednesday.

"Youssoufa has the qualities that he has and is justifiably called a child prodigy," praised Schlotterbeck.

The goalkeeper question is also still open: Lennart Grill, Finn Dahmen and Markus Schubert have a chance at number one.

"There is a pros and cons for everyone," said Kuntz, who does not want to make the decision until the day of the match.

Against Hungary, Maxim Leitsch, who played 2nd league with VfL Bochum on Monday and did not arrive until Tuesday, is still missing.

OPPONENTS: Kuntz described the host, who is taking part in a U21 European Championship for the first time since 1996, as an “unknown”.

This impression is reinforced by the corona cases with the opponent, which messed up the team.

"We don't have to google," said the coach, referring to the Hungarian line-up, but also made it clear: "We want to concentrate very much on our game."

CORONA SITUATION: The corona numbers in Hungary are high, so the German team only moves between the hotel, training ground and stadium.

But even in the team hotel you have to keep your distance - in order to be prepared in the event of a corona infection in the team.

"When we were sitting in a 300-square-meter dining room in the hotel, all at individual tables - you really think about it," reported Kuntz.

"But we accept the situation as it is."

Due to the high number of corona infections, viewers are not allowed in the host countries Hungary and Slovenia.

"It's a shame to play that without a spectator."

The next chance for the German offspring could arise in the final round from the end of May - then, depending on the Corona situation, fans could again be in the stadiums.

Interesting facts about the U21 European Championship

Information about the U21 European Championship