Abortion, Council of Europe: too difficult in Italy. Violated the right to health 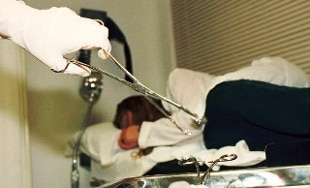 11 April 2016 The Council of Europe reproaches Italy where abortion is complicated because, despite the law 194/78, access to voluntary interruption services is complicated.

This was stated by the Council of Europe, declaring "admissible" an appeal by the CGIL to the Court on the violation of the rights to health of women who intend to have access to termination of pregnancy (according to the procedures established by law) and of doctors who are not conscientious objectors .

"Women seeking access to abortion services - the conclusions read - continue to face substantial difficulties in obtaining access to such services in practice, despite what is provided for by the law".

The European Committee of Social Rights of the Council of Europe denounces a situation in which "in some cases, given the urgency of the procedures required, women who want an abortion may be forced to go to other facilities, in Italy or abroad , or to put an end to their pregnancy without the support or control of the competent health authorities, or they can be dissuaded from accessing the abortion services to which they are entitled under the law 194/78 ".

According to the Committee, these types of situations can "pose significant risks to the health and well-being of the women concerned, which is contrary to the right to health protection".

"The recognition of these violations, two years after the first conviction of the European Committee against Italy - underlines Susanna Camusso, ledaer of the CGIL - is a victory for women and for doctors, but also for Italy: it constitutes an important opportunity to finally become aware of the concrete problems of application of the discipline, so far completely ignored by the Ministry of Health ".

During this legislature I presented several questions to the government on the subject of "the voluntary interruption of pregnancy. This is stated by the democratic deputy Roberta Agostini." In some regions - he adds - the objection rates among gynecologists are above 80 per cent: in Molise (93.3 per cent), in Basilicata (90.2 per cent), in Sicily (87.6 per cent), in Puglia (86.1 per cent), in Campania ( 81.8 percent), in Lazio and Abruzzo (80.7 percent).

Four out of ten public hospitals, in fact, do not apply Law 194 and continue to increase clandestine abortions ".

" It is quite clear - he continues - that in Italy the right to health of women is being violated and how urgent it is to guarantee voluntary interruption of pregnancy service in every facility and throughout the national territory, in full application of Law 194 of 1978. We ask the government and the regions to act immediately by taking the appropriate and necessary measures to ensure the rights of women and doctors " .

Melons: Strasbourg ridiculous, it is hard to have a baby

the pronouncements of the Council of Europe are ridiculous: only deal with ideological issues, as does also the CGIL. In Italy it is not too hard to have an abortion: it is hard to have a baby, also thanks to the policies of the European institutions that have starved Italian families to replenish the coffers of the big banks and the lobbies that govern them.

Let us allocate European funds to support maternity, then we will see how many women will want to have an abortion ".

The leader of Fdi Giorgia Meloni, candidate for mayor of Rome, says this, commenting on the provision of the

: the issue of central abortion in political decisions

"The pronouncement of the Council of Europe - says Turco - notes that Italy , beyond the reassuring data of the report to Parliament on the application of Law 194, it must do more and better. The issue of abortion must be central to political decisions and not marginal as it is ".

"The data of the ministry, which speak of non-criticality, are actually falsified - comments Pia Locatelli, Head of the PSI in the Chamber - in the list of non-objectors, in fact, even those who work are calculated in clinics or in hospitals where voluntary termination of pregnancy is not practiced and this means that at the national level it results that each non-objector carries out only 1.6 abortions per week.