On March 24, 1951, by the decision of the government of the USSR, OKB-23 was created under the leadership of the famous aircraft designer Vladimir Myasishchev. The M-4 Bizon strategic bomber became the debut project of Soviet engineers. Work on it made it possible to create a unique 3M aircraft, modifications of which were operated in the long-range, reconnaissance and transport aviation of the Soviet Union. Myasishchev became famous as a brave experimenter and inventor of many technical solutions that have found wide application in domestic aircraft, including the Tu-160 supersonic bomber. Experts believe that the technological groundwork created by Myasishchev is still in use today, allowing the Russian aviation industry to develop successfully. 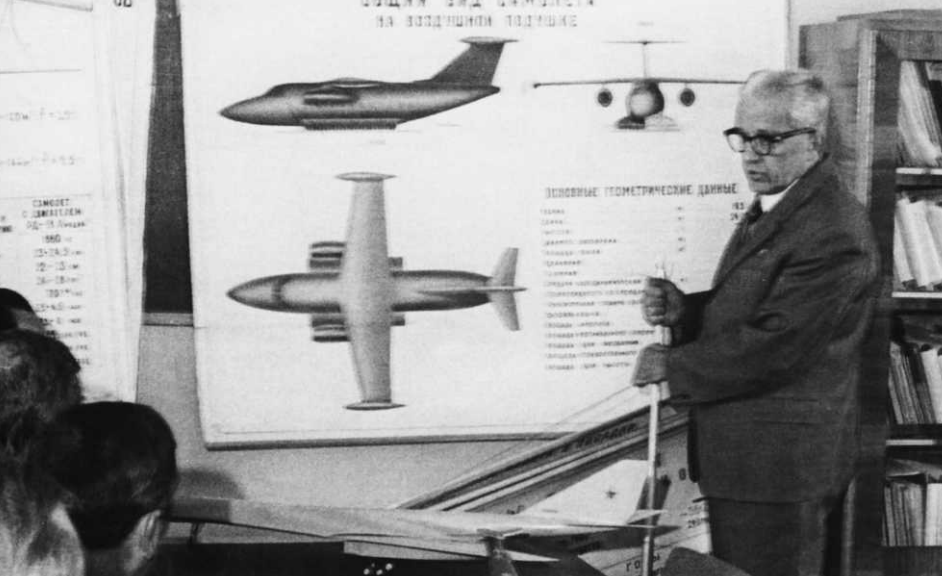 70 years ago, a decree of the USSR government was adopted on the establishment of an experimental design bureau on the territory of the Moscow plant number 23 (OKB-23), headed by Vladimir Myasishchev, who was already considered one of the most progressive developers of domestic aircraft.

The first major project of the new enterprise was the M-4 Bizon strategic bomber.

Despite the shortage of experienced personnel in the OKB-23 team, the prototype of this aircraft was created in less than two years.

The car first took to the skies on January 20, 1953 under the control of test pilot Fyodor Opadchy.

In "Bizon" such engineering findings as ejection seats of all crew members and irreversible boosters - auxiliary devices for increasing the force and speed of the main mechanism were implemented.

For the first time in the USSR, high-strength aluminum alloys of the new type V-65 and V-95, as well as a safely deformable wing, were integrated into the M-4 design.

With a relatively small mass, it was distinguished by high strength, but had rather weak take-off and landing qualities.

Both machines are widely used in the domestic aviation.

Tu-16s in various modifications were operated in Russia until the early 1990s, and the Tu-95 in a deeply modernized version is still in service with the Russian Aerospace Forces.

According to experts, the M-4 was inferior to the Tupolev bombers in terms of reliability, flight range, ease of production and operation, but significantly surpassed them in terms of carrying capacity.

The bomber could lift up to 24 tons of various weapons into the air - bombs of caliber from 500 kg to 9 thousand kg, sea mines and torpedoes.

Myasishchev tried to fix the shortcomings of his brainchild in an airplane named 3M.

In order for 3M to be able to carry out combat duty for a long time, OKB-23 specialists developed an original and relatively simple air refueling system using a "cone-bar" on a flexible hose.

At the same time, the Americans used a less convenient complex with a cone on a rigid controlled rod.

The 3M was manufactured primarily from high-strength aluminum alloys and was equipped with a variety of electronic on-board systems.

In order to provide power to the avionics, OKB-23 engineers mounted two autonomous power units on the aircraft.

In total, 90 units were produced in the modifications of a bomber, long-range naval reconnaissance aircraft, passenger and transport aircraft.

One of the most unusual versions of the 3M is the M-17 family of high-altitude aircraft.

Initially, this type of machine was developed to intercept enemy automatic drifting balloons (ADA) at stratospheric altitudes (from 11 to 50 km).

The commissioning of Myasishchev's brainchild forced the United States in the 1980s to stop launching ADSs, which were used for reconnaissance over the territory of the USSR.

A further development of the interceptor aircraft was the modification of the M-17 RM (M-55 "Geophysics").

The capabilities of this platform made it possible to perform the tasks of the carrier of the air-optical complex of the missile attack warning system (EWS) and the repeater, that is, the vehicle for ensuring communication between ground and air objects during military operations and eliminating the consequences of natural disasters.

Later, the functions of environmental monitoring, research of the underlying surface, study of the atmosphere and the state of the ozone layer located at an altitude of 20-30 km were added to the list of tasks of the M-17 RM.

They mainly concerned the climb time and flight altitude with and without payload.

Another modification of the 3M was the VM-T Atlant heavy transport aircraft, which was developed as part of the Buran reusable orbital program.

The vehicle was used to transport an aerospace aircraft and a launch vehicle to the cosmodrome.

Two copies were in operation, which made about 200 flights, thereby ensuring the historic launch of "Buran" on November 15, 1988.

According to experts, Myasishchev's outstanding achievement, in addition to the 3M aircraft, is the prototype of the M-50 supersonic bomber, on which OKB-23 worked in the second half of the 1950s.

The main feature of the aircraft was the implementation of an unusual for that time aerodynamic "duck" scheme, in which the horizontal tail of the machine (a scheme that provides longitudinal stability, controllability and balancing of the aircraft) is located in front of the main wing.

It was assumed that the M-50 will be able to develop a cruising speed of up to 2.5-3.25 Mach numbers with a maximum flight range of 10 thousand km.

The horizontal tail was used during the transition to supersonic speed and ensured the longitudinal stability of the machine.

In 1961, the M-50 was shown to the public at the air parade in Tushino, accompanied by two MiG-21 fighters.

However, by that time the project had failed.

At the end of 1960, Myasishchev was appointed head of the Central Aerohydrodynamic Institute named after Professor N.E.

Later, returning to design activities, Myasishchev, on the basis of the M-50, which had not found use, developed the M-20 and M-18 bombers, which became competitors to the Tupolev Tu-160 "White Swan".

In an interview with RT, military observer Dmitry Drozdenko noted that it is no coincidence that the M-50 outwardly resembles the Tu-160, which is still in service with Russian aviation.

According to him, the Tupolev Design Bureau followed the development of Myasishchev's design ideas and did not hesitate to borrow his technical solutions.

“In general, Myasishchev was a pioneer in many areas, including, for example, materials science.

In his cars, he used aluminum alloys and titanium - structures made of this metal were widely used in the assembly of Tu-160, ”said Drozdenko.

The most fantastic projects of Myasishchev are considered to be the project of a strategic aircraft with a nuclear power plant M-60 and a bomber M-70, which could replenish the fuel supply from a surfaced submarine.

However, these samples remained on paper, not finding embodiment in iron.

As the honored pilot of Russia, Major General Vladimir Popov, told RT in a commentary, Myasishchev and his team were remembered not only for their bold projects, but also for the tests of many other new aircraft.

Now this activity is continued by the "Experimental Machine-Building Plant named after V.I.

“It so happened that Myasishchev is often in the shadow of such names as Yakovlev, Tupolev, Ilyushin, Antonov, Mikoyan.

Although Myasishchev's contribution to the development of our aviation is difficult to overestimate.

He developed unique samples of on-board systems and aircraft.

Yes, they did not always find practical application, but mainly experimental, research tasks were set before Myasishchev, ”says Popov.

According to the expert, decades later, one can safely say that Myasishchev was an outstanding Russian scientist, whose design idea was ahead of its time.

The technical solutions he created were used in serial strategic aviation aircraft and in the creation of the Tu-144 supersonic passenger airliner, Popov notes.

“The samples of supersonic strategic bombers designed by Myasishchev once again tell us that this man was looking a few steps ahead.

He offered breakthrough technologies, which were then integrated into their own aircraft by other design bureaus.

The technological backlog he created is so great that we are still using it, ”Popov summed up.