The Minister of the Interior had a digital meeting with Vetlanda

On Tuesday, Minister of the Interior Mikael Damberg had digital meetings with the police and the municipal management in Vetlanda about the knife attack a few weeks ago. 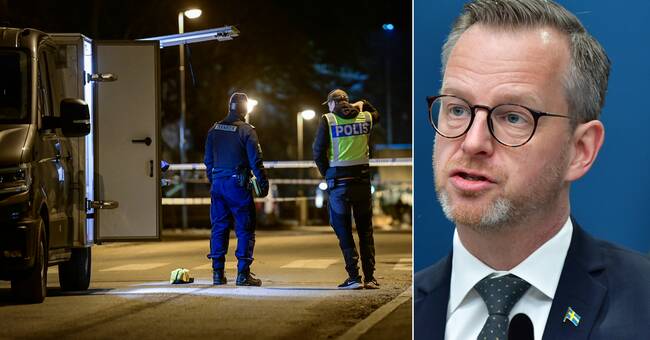 - I had contact with the municipal management just when this terrible act had occurred.

Now I wanted to come back, listen and see what lessons have been learned and how the cooperation between the municipality and the police worked and what we see in front of us in the evaluation and the way forward, says Mikael Damberg.

More police in the country

The Minister of the Interior's most important message is that the government will continue to ensure that there are more police officers in the country.

Vetlanda has no police station in the town - should more cities in the country the size of Vetlanda have it?

- It is the police who decide where they put their police resources.

I know that when the police regionally consider how the additional police resources should be used, they will want to prioritize area police officers, people who are present and can work in crime prevention, says Damberg.

It took about a quarter of an hour before the first police patrol was in place in Vetlanda after the alarm about the act came - is it a reasonably long time?

- It is a difficult question and that is evaluated by the police authority itself and that evaluation must be completed.

But I mean that the police in Sweden have become incredibly much better at intervening against ongoing deadly violence.

The municipal council about the meeting

The chairman of the municipal board, Henrik Tvarnö (S), tells a little about the hour-long meeting with the Minister of the Interior.

- He wondered a bit in general about how the cooperation between the municipality and the police worked and we think that the relationship with the police has been good during this incident.

Are there enough police officers in Vetlanda?

- I fight for Vetlanda to have more police officers, but at the same time it is the police who must decide how they should organize themselves.

It would be populistically easy to claim that we should have a police station in Vetlanda, but you have to dare to see the bigger picture as well, says Henrik Tvarnö.