In Bangladesh, 400 Rohingya refugees are missing after a massive fire in a refugee camp in the south-east of the country. He declared himself Monday and lasted ten hours, making the passage ... 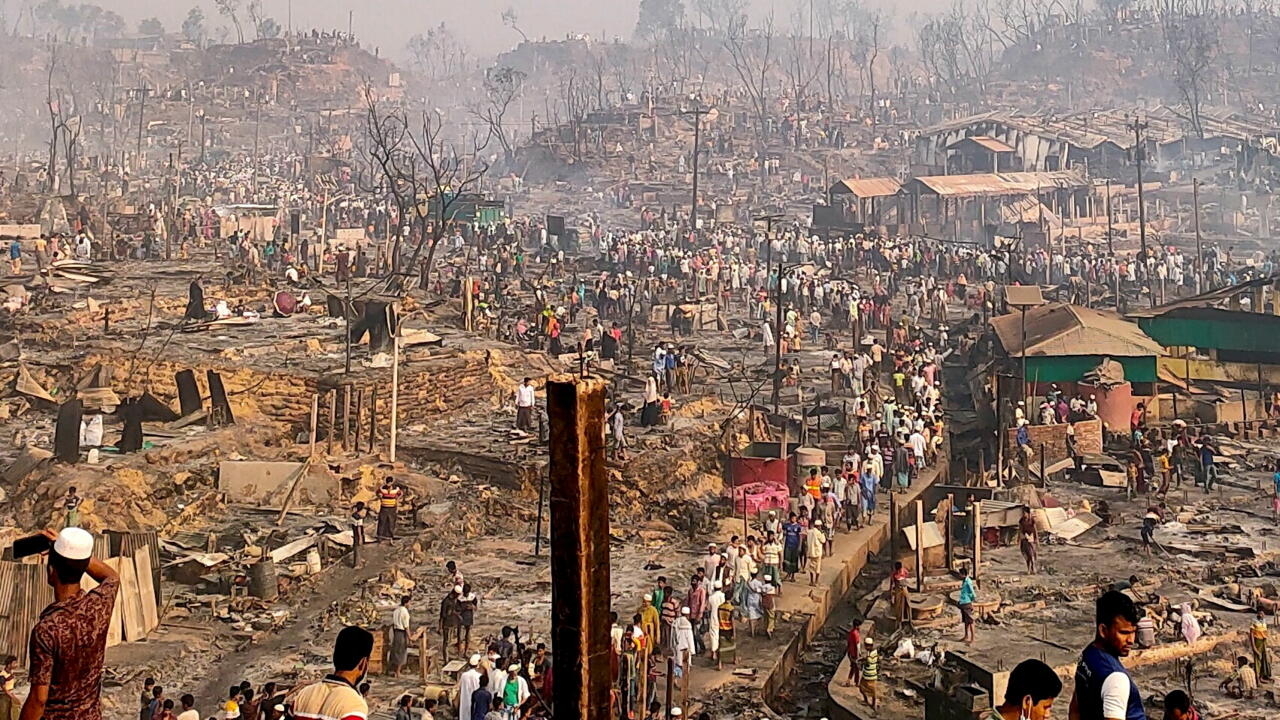 General view of the Rohingya refugee camp after the fire that burned down all the shelters in Cox's Bazar, Bangladesh, 23 March 2021. REUTERS - STRINGER

In Bangladesh, 400 Rohingya refugees are missing after a massive fire in a refugee camp in the south-east of the country.

It was declared Monday and lasted ten hours, leaving at least 15 dead and 600 injured, according to a provisional report from the UN and local authorities.

Nearly one million Rohingya, a Muslim minority in Burma, live in miserable conditions in Bangladesh in shelters made of bamboo and tarpaulins in camps in Cox's Bazar district, after fleeing

The fire on Monday which raged for nearly ten hours destroyed nearly 10,000 shelters, according to Mohsin Chowdhury, secretary for disaster management and relief, specifying that a committee would investigate the disaster.

At least 15 people have died, 400 are missing and tens of thousands must be displaced.

The refugees will be "

moved to other shelters in the camp,

" said Johannes van der Klaauw, head of the United Nations High Commissioner for Refugees (UNHCR) in Bangladesh, adding that the organization had "

”and that there was“

no question of moving them outside the camp area

International Organization for Migration (IOM) pledges $ 1 million in immediate aid, warns $ 20 million will be needed to meet most urgent needs

"Too great a coincidence"

It is the third fire to break out in Rohingya camps in four days, firefighter official Sikder told AFP.

The origin of the disaster remains unknown for the time being, according to him.

The nature of the fires is of great concern.

For the organization Refugees International, “

this tragedy is a terrible reminder of the vulnerable position of the Rohingya refugees caught between increasingly precarious conditions in Bangladesh and the reality of a homeland now ruled by the military responsible for the genocide that left them behind. forced to flee

According to Unicef, children are among the injured.

There are a lot of children separated from their families.

For Saad Hammadi, responsible for the South Asia region for Amnesty International, “

the frequency of fires in the camps is too great a coincidence, especially as the results of previous investigations into these incidents are not known and they are repeat