40s evacuated after explosion in Höganäs

Some form of heavy detonation has taken place at an apartment building in Höganäs. The entrance to the house and up to about 60 windows has been smashed. - It was a real blow, says Ronnie Lundgren, internal commander of the rescue service, who excludes that it was a fireworks display. 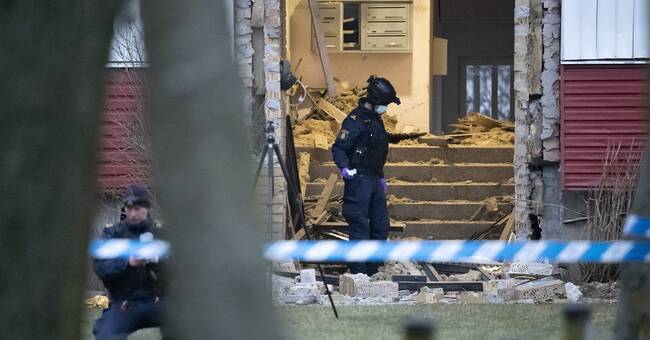 The explosion took place at an apartment building on Långarödsvägen in Höganäs at half past two.

- About 40 apartments are affected and about 60 windows are smashed, says Magnus Lefèvre, duty officer at the police.

This is a powerful detonation.

The rescue service says that it is not a firework or similar.

- It is extremely large damage.

The entire stairwell was blown out and there was damage to the properties next door as well.

No one seriously injured

About 40 apartments have been evacuated, according to the police it is unclear when they can return to their homes.

The municipality has opened up the dining room at Kullagymnasiet for those who need a place to be.

- Luckily, no one was seriously injured.

Ambulance staff looked at one person, but that was all, says Ronnie Lundgren.

The area is cordoned off and technicians and the national bomb squad are investigating the site.

The case is tentatively classified as general destruction.