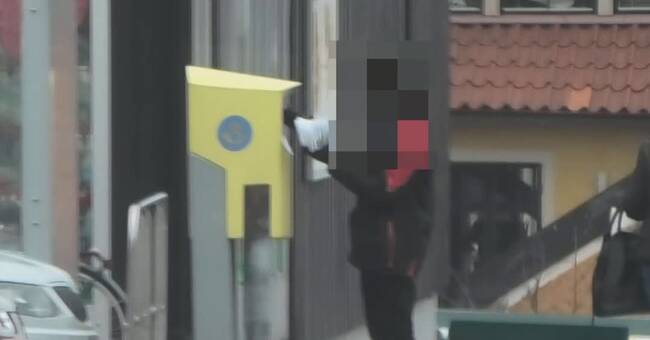 It was after a period of reconnaissance work that the Swedish Customs was able to strike at the address in May last year.

During the house search, a revolver and large amounts of drugs were found - including 2.2 kilos of heroin, 2.9 kilos of cocaine, 3.5 kilos of ecstasy and one kilo of methamphetamine.

The home also contained padded envelopes, vacuum machines and scales that are believed to have been used for the smuggling.

According to Kristian Johansson, acting head of unit at the customs criminal investigation, tips were received at the end of April that led to the relatively short reconnaissance operation.

- Pretty soon all the information was confirmed.

This is a bit unusual for us, that it is an archipelago idyll.

You may not always end up in those places.

As far as I know, we did not have them on our radar before.

Large amounts of drugs of various kinds were found in the couple's home.

During the reconnaissance work, the couple was seen going around to various mailboxes in Östhammar municipality and sent a large number of padded envelopes to buyers all over Sweden.

A total of 180 letters were seized.

The drug is believed to have been smuggled to Sweden from the Netherlands hidden in toy packaging.

- This is a lot of drugs and it is very very high content, incredibly potent cocaine.

It is believed that the value of what is sold ends up between SEK 3-3.5 million, says Kristian Johansson.

They are also said to have enlisted the help of a goalkeeper, who was arrested in September for extremely serious drug smuggling.

- Drugs have been sold to customers throughout the country, and also customers who are minors.

So it's always good if we can stop an activity like this that is very destructive.

In the clip, you see when one of the suspects posts envelopes with drugs to customers throughout Sweden.