Dubai Customs foiled the smuggling of gold bars weighing three kilograms, which were in the possession of a traveler coming from an African country, after being suspected, and trying to deceive the inspectors by transferring them to her friend’s bag. Jim inspectors 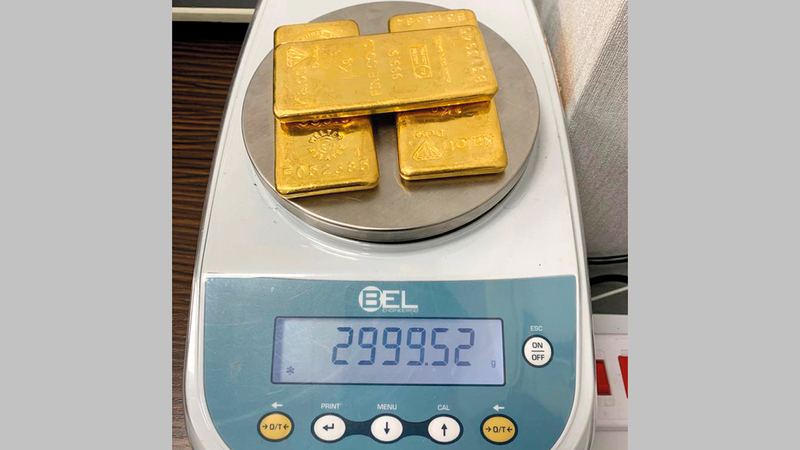 Dubai Customs foiled the smuggling of gold bars weighing three kilograms, which were in the possession of a traveler coming from an African country, after being suspected, and trying to deceive the inspectors by transferring them to her friend's bag.

The director of Airport Building No. three in charge, Khalifa bin Shaheen, told «Emirates Today» that a Dubai Customs inspector suspected a bag of a passenger coming from an African country, through the customs inspection systems used at Dubai International Airport in Building No. Three, where the inspector noticed The presence of what looks like gold bars, contact the departments that support inspections, to ensure that the necessary procedures are followed.

He continued, "When the suspect received the bag, she was followed up through operations and field teams, to ensure that she reached the checkpoint."

Bin Shaheen added: “After receiving the bag, its owner tried to mislead the customs officers, as she took out the bullion and passed it to its owner who came with her on the same trip, where she put it in the hand luggage, thinking that this trick would succeed in implementing their scheme to smuggle bullion, and at the exit gate, he asked The duty inspector carrying the bullion, if she had anything to hide that required payment of customs duties, then denied it, so he repeated the question, but it was denied for the second time, and here the customs officer asked to inspect the handbag, so that three yellow metal bars came out of it, and after examining it it was found that it was of pure gold of 24 karat. Weighing three kilograms. ''

He stressed that Dubai Customs has a pioneering system in customs inspection, and the biggest challenge that Dubai Customs has faced over the past years is to achieve the difficult equation between facilitating and expediting the passage of passengers, cargo and goods on the one hand, and fulfilling the department's pledges to the economy and the local community to protect it from the penetration of dangerous, prohibited and restricted materials, and to preserve On his human and economic capabilities.

He added, "Some people try to take advantage of the facilities and quick procedures that are applied at Dubai airports, with miserable attempts to smuggle drugs, gold and precious stones, but these attempts are bound to fail by a cadre of competent inspectors, with the support of assistive devices and advanced systems."