The President of the European Commission Ursula von der Leyen threatened this Saturday, March 20 to block exports of the AstraZeneca vaccine if the European Union did not first receive its deliveries ... 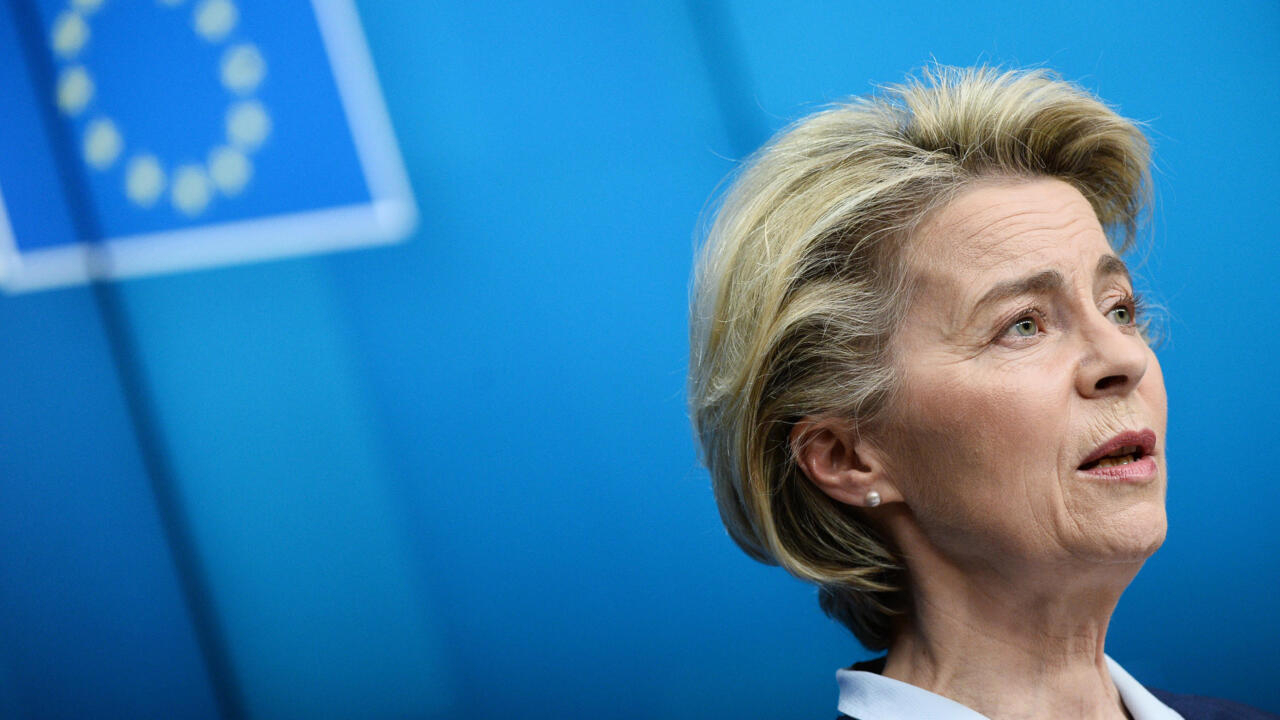 European Commission President Ursula von der Leyen on Saturday threatened to block exports of the AstraZeneca vaccine if the European Union does not receive its deliveries first.

It asks the laboratory to respect its contract with Europe before starting to deliver to other countries.

The President of the European Commission Ursula von der Leyen threatened this Saturday, March 20, to block exports of the AstraZeneca vaccine if the European Union did not receive its deliveries first.

We have the option of banning any planned export.

This is our message to AstraZeneca: respect your contract with Europe before you start delivering to other countries,

All options are on the table,

" added the former German defense minister in a clear warning, stressing that European leaders would take stock of the issue of deliveries next week.

A contractual procedure to resolve the conflict with the laboratory

whose deliveries of anti-Covid vaccines are significantly lower than the figures initially planned.

This procedure is provided for in the vaccine supply contracts concluded by the EU.

Each party has the opportunity to send a letter to the other party inviting them to participate in a dispute resolution procedure that will take place 20 days later between the executive leaders of the European Commission and the company.

The AstraZeneca laboratory is due to deliver 70 million doses of its anti-Covid vaccine in the second quarter, the use of which has been suspended by several countries.

This is much less than the 180 million doses promised in the contract signed with the European Union.

In the first quarter, the EU is expected to have received a total of some 30 million doses of AstraZeneca, against 90 million expected by the Swedish-British pharmaceutical group.

While the American Pfizer has resolved its vaccine production difficulties, "

" to ensure its deliveries to the EU, underlined a senior European official.

Towards a ban on vaccine exports?

The mechanism to ban the export of vaccines falls first of all to the Member State where it is produced and the European Commission then gives the green light.

This mechanism has only been used once,

with Italy blocking the export of 250,000 doses of AstraZeneca to Australia

However, not all of the Twenty-Seven are in favor of an export ban.

Countries like the Netherlands and Belgium, where much of the AstraZeneca vaccine is produced, call for caution.

Covid-19: AstraZeneca foresees delays in delivery of its vaccine to the EU