Princess Leonor, a debut with an eye on the swearing in of the Constitution

The Princess of Asturias takes another step forward in her work as heir to the throne. The daughter of Felipe VI will preside next Wednesday, March 24, her first solo act. The Kings 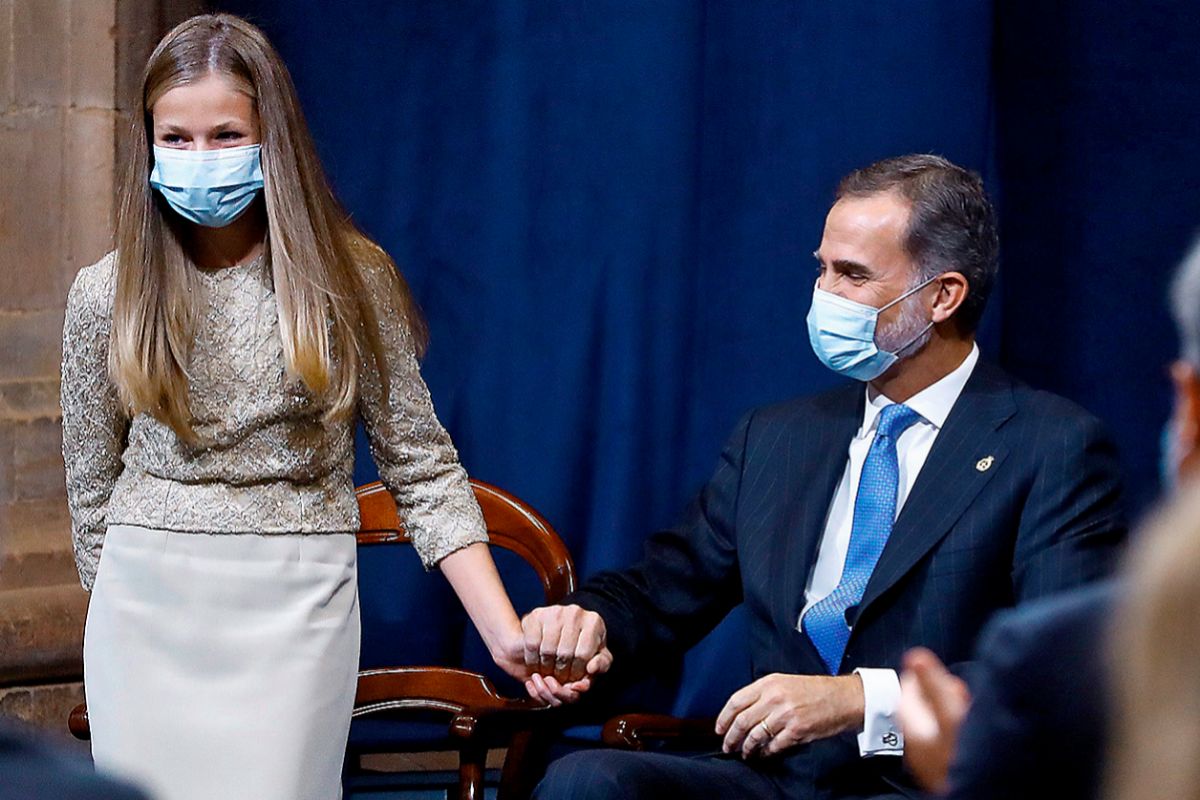 The Princess of Asturias takes another step forward in her work as heir to the throne.

The daughter of Felipe VI will preside next Wednesday, March 24, her first solo act.

The Kings have chosen the commemoration of the

30th anniversary of the Instituto Cervantes

for this debut of Leonor.

As reported by sources from Zarzuela, the Princess will tour the facilities, learn about the digitization projects and visit an exhibition with a sample of outstanding works of literature in the

, which the Heiress knows how to speak and understands.

in the Institute's Box of Letters.

The chosen ones are no accident.

On the one hand, the Constitution that he read on October 31, 2018, in his first public act with an active role.

that her sister, the Infanta Sofía, and she used for an act on April 23, Book Day, when they participated in the joint and online reading of the pandemic of the work of Miguel de Cervantes.

The Infanta continues with this debut in

the wake of her father

, who also starred in his first solo public act at the age of 15.

In the case of Don Felipe, the then Prince of Asturias made a state trip to Cartagena de Indias accompanied by the President of the Government, Felipe González.

the representation of the Head of State

fell on the current King

as will happen next Wednesday with the Princess.

This debut is also the first of the acts that the young woman will gradually take over.

will have more solo commitments

this year and her schedule will increase as the months go by, always making it compatible with her studies.

The Princess is currently in the last year of Compulsory Secondary Education and the last two years of school will be in Wales, where she will coincide with Amalia from the Netherlands.

The Princess, with her father at the Princess of Asturias AwardsBALLESTEROSEFE

Although the daughter of Felipe VI will not have, for the moment, a defined and concrete work,

an act linked to Hispanism

A very measured commitment that, in addition, will take place in the same place where the first article of the Constitution was read in 2018, the Cervantes Institute.

At that time, the young Princess was

protected by her parents,

the Kings, and accompanied by her sister, the Infanta.

This first solo act of the Princess also supposes the independence of Doña Sofía, with whom until now she had always appeared in public.

It is a way to

and make the difference between Heredera and Infanta.

In addition, this debut of the Princess reinforces once again the image that Casa Real wants to send over the hard core of the Family, made up of Don Felipe, Doña Letizia and their daughters.

Although Doña Sofía is still active,

her role is increasingly secondary,

her public events this year have been minimal and all of them have been videoconferences from a room in Zarzuela.

Because the new strategy empowers the Kings and their daughters.

Precisely on the horizon of the Royal House, the year 2023 is set as an important date. At that time,

the Princess will come of age

and, following in the wake of her father, will swear the Constitution in an act of State that will be

of her career as heir and future sovereign of Spain.

on his 18th birthday, so the Princess is expected to repeat this formula on October 31, 2023.

Recently, in various media there was speculation about what would happen with that act.

If the current legislature runs out, which was voted on November 10, 2019, the parties would be

and, ultimately, the Kings' agenda is determined and agreed with the Prime Minister and his team.

However, sources from Zarzuela affirm bluntly that

of the Constitution of Doña Leonor will be held.

The Princess already knows the Magna Carta, which will mark and regulate her reign and the document that Don Felipe

clings to and consults

whenever he has doubts about how to act.

The King has transferred to the Heir the importance of complying with and scrupulously interpreting the text that the Spanish ratified on December 6, 1978. The doubt that remains to be cleared now is

of the Princess and her passage through the three armies.

If she repeats her father's story, the Princess should enter the General Academy of Zaragoza after completing her training in Wales, that is, in September 2022. There she should spend a year of training and then enter the Naval Military School of Marín and spend a final year at the Academia General del Aire de San Javier.

Of the rest of European heiresses,

Princess Elizabeth of the Belgians

seems the mirror in which to compare their trajectory.

She finished school in the same boarding school that Doña Leonor is going to attend and later joined the Army of her country.

This example, added to the proven fact that the Spanish heiress follows in the wake of her father, practically ensures her passage through the Academies.

But before that is the immediate future, which passes through the Cervantes Institute this Wednesday and will continue with events in which to acquire skills, such as those linked to the

Covid-19 This is how the Royal House adapted in the first confinement: 70 days of work and a crisis of Felipe VI

Casa RealThe lowest moment of the relationship between Felipe VI and his sisters: "At least before they had dinner on Christmas Eve"