For a long time America was amazed at the supposedly superior corona management of the Europeans - and especially the German federal government. But at the latest since the vaccination chaos it is over. Even Joe Biden expresses his horror. 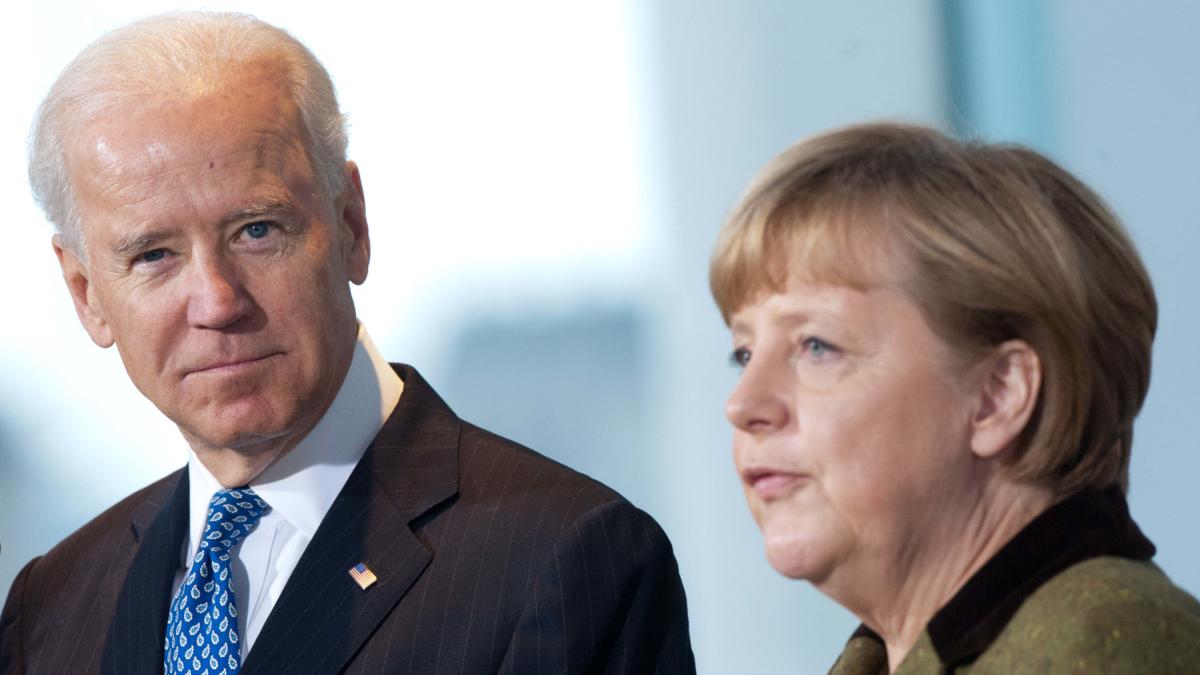 "Trust me, it is perfect," wrote a columnist for the New York Times less than a year ago.

He related that to Chancellor Angela Merkel, praised her manager in the Corona crisis and mentioned that she had won four elections in a row.

Conclusion: As a scientist and with 30 years of political experience "Merkel is in top form".

Such hymns of praise to Angela Merkel have long since fallen silent in the USA.

Many Americans look embarrassed or stunned at the slow pace of vaccination in Germany and Europe.

Even Biden expresses his horror

The American president even expressed his horror on Thursday.

Ironically, during a speech about the mark of 100 million vaccinations expected for Friday during his almost two-month term in office, Joe Biden let go of any diplomatic reluctance.

Biden appealed to his compatriots: "Please, please, don't let what happens in Europe happen as you see it on television."

In good German: The US President sees the Corona crisis as a bad example in Europe.

He indicated that he saw a lack of precautionary measures there.

Biden was not more specific and did not name any European country.

But the fact that he cites Europe as a chilling example is remarkable enough.

It is at least a political affront - the kind one was more used to from Donald Trump.

Biden's words suggest that he will hold on to the ban on Europeans from entering the United States, which Trump imposed over a year ago.

The upcoming vacation for Germans in New York, California or the vastness of the West?

Biden's comment comes at a time when vaccination progress is accelerating in the US - and on the very day the European Medicines Agency declared AstraZeneca's corona vaccine safe after all sorts of confusion.

In the fight against Covid, Americans are way ahead of Europeans.

In the United States, almost one in four people has had at least one vaccination.

The first vaccination rate is about three times as high as in Germany (8.4 percent).

President Biden has set a goal for small barbecues to take place again on July 4th on the national holiday.

In the coming week he wants to announce a new vaccination goal.

The mood in the US economy is brightening, people are traveling more, and gasoline prices are rising.

Disneyland wants to open its amusement parks even in restrictive California at the end of April.

To the disappointment of some in Europe, the US is considering exporting surplus vaccine doses initially only to its direct neighbors.

A final decision is still pending.

Whether, when and to what extent the EU can expect deliveries of surplus vaccine doses from the USA?

The AstraZeneca vaccine is still in the test phase in the USA and approval has not yet been applied for.

At the same time, 30 million of these vaccinations are currently around in a production facility in the US state of Ohio.

The slow vaccination rate in Europe and the temporary suspension of AstraZeneca injections arouses amazement everywhere in the USA.

The “New York Times” even featured the topic prominently on its front page on Thursday.

The newspaper wrote of a "total debacle".

Providing vaccines to 450 million people in the EU is not an easy task, the newspaper wrote - especially since there was hardly any coordinated EU health policy before the pandemic.

But the verdict on the EU's actions is all the more drastic: “Bureaucratic delays and confusion” in vaccine procurement were followed by “slow approvals”, then “delivery problems” and the “sudden panic” about AstraZeneca.

All of this has put European governments on the “defensive” and Europeans “stumbled”.

The significantly faster vaccination progress in Great Britain is viewed in Europe, especially after Brexit, with anger, according to the "New York Times".

"The leaders of the EU must get vaccinations back on the road - and quickly," demands the Washington Post in its editorial.

The suspension of the Astra Zeneca vaccination is "risky", according to the text published on Thursday.

The vaccine supply in Europe is lagging behind anyway, you can read here: "In the European Union only 11 doses per 100 people were administered, compared with 32 in the USA and 38 in Great Britain."

While the hymns of praise to Angela Merkel from a year ago have fallen silent, criticism of Merkel's corona management (or EU Commission President Ursula von der Leyen) in the American media is rather rare.

But CNN already said a few weeks ago that experts criticized Merkel's vaccine policy as a disaster: “Germany should have been the world leader in dealing with the pandemic.” The start of vaccinations in Germany was “a bureaucratic nightmare with fatal consequences”.

At the beginning of the pandemic last year in Germany, "everything was prepared for a successful handling".

Recently in the USA there was quite extensive coverage of the election slips of “Merkel's party” in the most recent state elections.

Merkel's party is in a crisis, noted the Washington Post, because of criticism of the sluggish vaccine supply, the mask corruption scandals and the unresolved candidate for chancellor.

The Greens are likely to become the “kingmakers” in the “post-Merkel era”, the “Post” suspects.

America's verbal slap in the face of the Chancellor

Two months after taking office, the honeymoon between the Biden government and Germany seems to have ended abruptly.

Washington publicly gave the federal government and thus the Chancellor a verbal slap in the face on Thursday that has never been seen under Biden.

Blinken wrote in a press release whoever is involved in the project must withdraw “immediately” or expect US sanctions.

The Biden government is obliged to implement the corresponding sanctions law passed by Congress.

The State Department is reviewing information on companies involved in the construction of the pipeline, Blinken added.

"Nord Stream 2 is a bad project - for Germany, for Ukraine and for our allies and partners in Central and Eastern Europe," declared the Foreign Minister, thereby reinforcing Washington's longstanding opposition to the gas pipeline.