"Combination of stealth and target detection range": how the submarines of the project 636 "Varshavyanka" will strengthen the Pacific Fleet of the Russian Federation

The last submarine in a series of six Project 636 Varshavyanka submarines will be handed over to the Russian Pacific Fleet in 2024. This was stated by Alexander Buzakov, General Director of the Admiralteyskie Verf shipyard. According to him, the fifth and sixth submarines will be laid this year either for Victory Day or for the Day of the Navy. According to experts, these submarines have extremely low visibility, which, in combination with high-precision weapons, makes them as effective as possible. 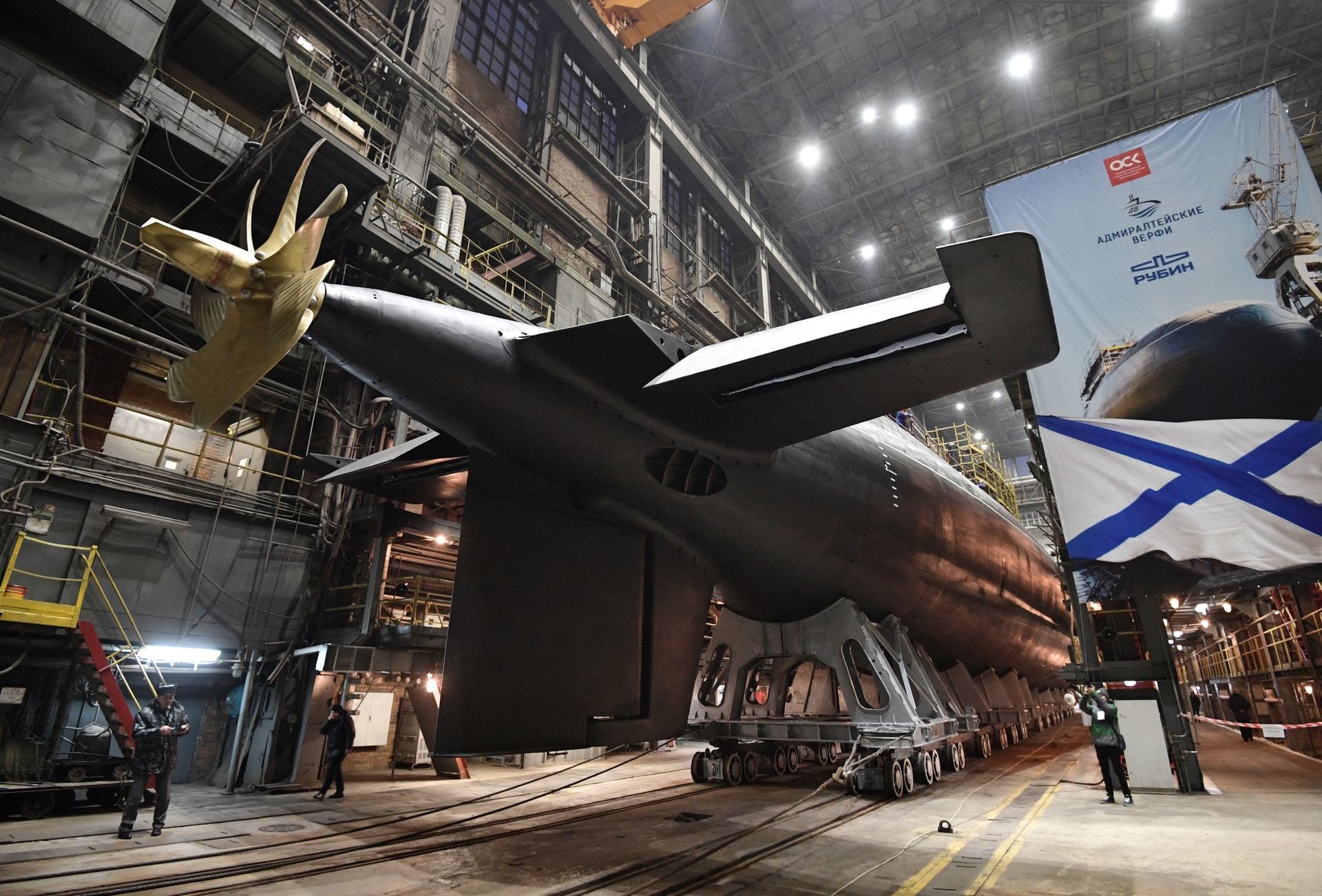 Alexander Buzakov, General Director of the Admiralteyskie Verfi shipyard, announced the dispatch of the last in a series of six Project 636 Varshavyanka submarines to the Russian Navy.

It will be designed for the Pacific Fleet (PF).

"The sixth boat will be handed over to the fleet in 2024, the construction of the series will be completed," RIA Novosti quoted Buzakov as saying.

According to him, the fifth and sixth submarines for the Pacific Fleet will be laid in 2021 either for Victory Day or for the Day of the Navy.

At the same time, the commander-in-chief of the Russian Navy, Nikolai Evmenov, previously specified that the ships that are being built for the Pacific Fleet will be finalized taking into account the specifics of operation in the Far East.

He recalled that the submarines of this project have already "proven their effectiveness in ... actions against terrorists in the Syrian Arab Republic from the Mediterranean Sea."

In July 2020, factory tests of the Volkhov submarine were completed.

She went into operation in October.

It was the second submarine of Project 636 for the Pacific Fleet.

The first ship of this series for the Pacific Fleet was named "Petropavlovsk-Kamchatsky" and was transferred to the Navy in November 2019.

"Combination of stealth and range"

Project 636 Varshavyanka submarines are a modernized version of Project 877 Halibut multipurpose diesel-electric submarines developed in the USSR in the late 1970s.

These submarines, which still serve in the Russian Navy, are intended to destroy surface ships and vessels, enemy submarines, patrol, patrol, reconnaissance, and protect communications in the near sea zone.

The manufacturer of "Varshavyanka" notes that in comparison with previous projects, they have a higher combat effectiveness.

Like the last series of "Halibuts", "Varshavyanki" were originally built for export.

These submarines were supplied, including to countries such as China, Vietnam and Algeria.

However, due to a number of problems with design and construction, this project was discontinued, and a decision was made to build a series of Varshavyankas for the Russian fleet, the production of which had already been established.

The submarines Volkhov, Petropavlovsk-Kamchatsky and other ships under construction for the needs of the Navy belong to the modernized version of Varshavyanka - Project 636.3.

They were developed at the Rubin Central Marine Engineering Design Bureau.

One of the most notable features of the Varshavyanka submarines is their small size.

"Varshavyanka" are equipped with a diesel-electric unit: a propeller electric motor with a capacity of about 5.5 thousand hp.

and two 30DG diesel generators with a capacity of 1.5 thousand kW each

She can reach a surface speed of up to 17 knots and an underwater speed of 20 knots.

The autonomy of "Varshavyanka" is 45 days, and without surfacing it can cover 400 nautical miles (almost 741 km).

At the same time, the cruising range in the RDP mode (with air intake necessary for the operation of the internal combustion engine under water) with an enhanced fuel supply at a speed of 7 knots is 7.5 thousand nautical miles (13,890 km).

The number of the crew is 52 people.

The main weapons of the Varshavyanka are the Kalibr-PL cruise missiles, the range of which, according to some sources, exceeds 2,000 km.

In addition to missiles, the boat is equipped with an ammunition load of 18 torpedoes or 24 mines - six 533-mm torpedo tubes are located in its bow.

The Kalibr-PL missiles have low radar signature and, due to flight at ultra-low altitudes, they can effectively avoid detection by air defense systems.

Sound-absorbing elements were used in the design of the boat, which provide the Varshavyanka with high secrecy.

In addition, the submarines are equipped with modern means to reduce their own noise level to the natural background of the ocean.

Taken together, this provides Varshavyanka with proactive detection: the submarine can spot an enemy ship at maximum distance and suddenly attack it with anti-ship missiles from a distance exceeding its own detection threshold.

Doctor of Military Sciences, retired captain of the 1st rank Konstantin Sivkov, in an interview with RT, noted that project 636.3 submarines meet all modern requirements in terms of their strategic and tactical and technical characteristics.

“The NATO countries called it“ Black Hole ”because it is silent and can be the first to detect enemy anti-submarine forces.

It can be considered that the sonar complex of this boat is one of the most perfect now, ”Sivkov noted.

He also recalled that the "Caliber-PL" complex, which the "Varshavyanka" are armed with, can strike at various types of targets.

In turn, military expert Yuri Knutov, in an interview with RT, noted that, despite their compact dimensions, these submarines are equipped with "serious weapons."

Due to the low noise level, it is almost impossible to detect them, says Knutov.

"Varshavyanka" showed themselves remarkably during the transitions from the Black Sea to the Mediterranean, the defeat of terrorist bases in Syria, and the American ships practically did not notice them, "Knutov recalled.

He believes that as part of the Pacific Fleet, they will ensure the security of the maritime zone adjacent to Russian territory.

“This is due to the fact that now Japan has begun to actively strengthen its navy - they have boats similar to the Varshavyanka, though more noisy.

The fact that such boats will be delivered to the Pacific Fleet is the right decision, they will enhance its capabilities, ”the expert concluded.