"Immediately stop work": the State Department threatened with sanctions for the continuation of the construction of "Nord Stream - 2"

US Secretary of State Anthony Blinken called on the companies involved in the implementation of Nord Stream 2 to stop work on the project so as not to fall under US sanctions. The head of the State Department said that the US President considers the trans-Baltic gas pipeline "a bad deal" and called it "a Russian geopolitical project." The State Duma reminded Blinken that a consortium of large European companies is working on Nord Stream 2, which invested significant funds in its construction, and also called on the United States to dialogue. Also recently it became known that Berlin continues confidential negotiations with Washington and insists on the need to complete the construction of the gas pipeline. 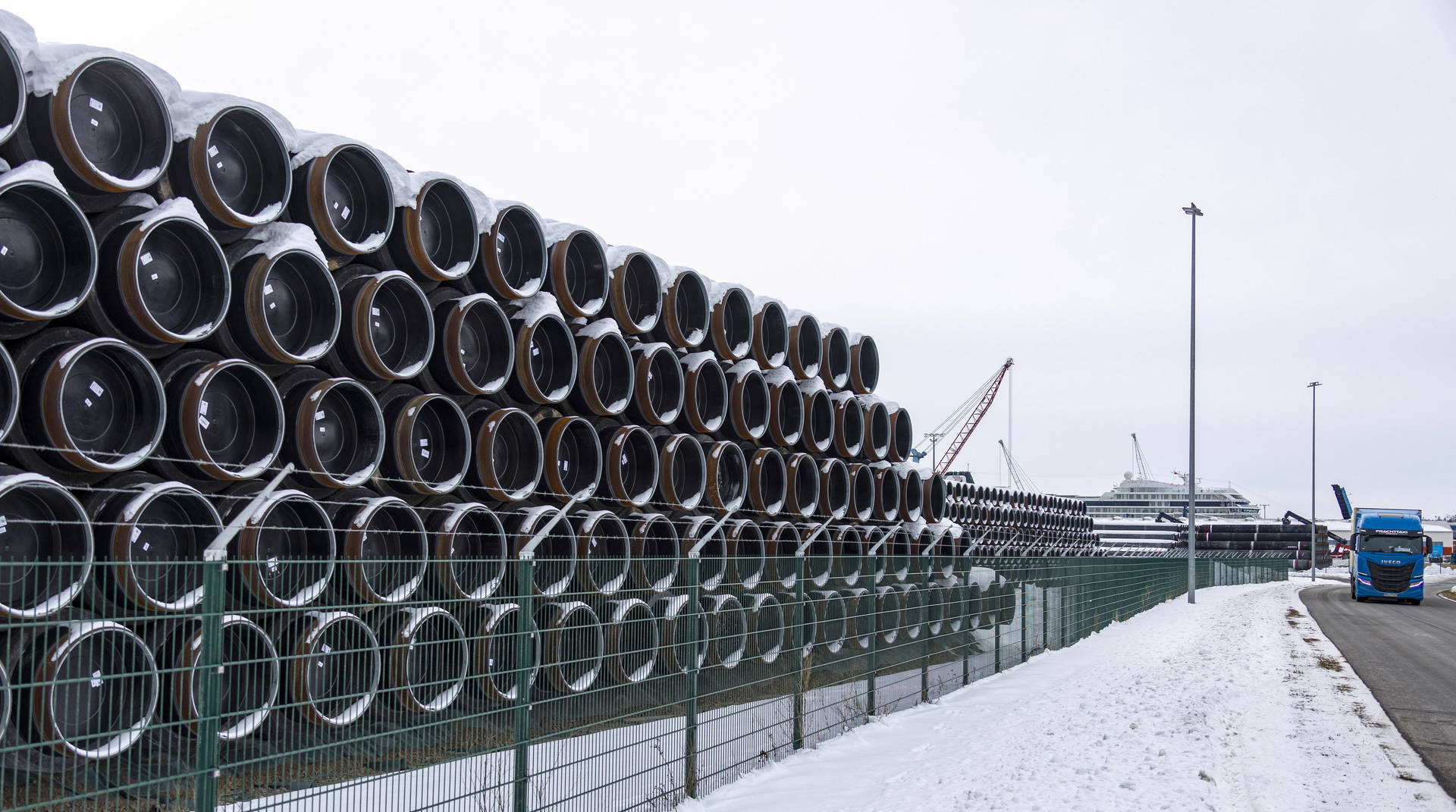 US Secretary of State Anthony Blinken has once again demanded that the companies involved in the implementation of the Nord Stream 2 project refuse to continue work in order to avoid US sanctions.

The corresponding statement on Thursday, March 18, was released by the press service of the Foreign Ministry.

The head of the State Department recalled that the President of the United States Joe Biden considers the trans-Baltic gas pipeline a "bad deal" for Germany, and for Ukraine, and for other countries of Central and Eastern Europe.

In this regard, according to Blinken, the specialists of his department are tracking "efforts to complete construction" and assessing information about the entities involved in this project.

In addition, he again called the pipeline "a Russian geopolitical project aimed at dividing Europe and weakening European energy security," and also recalled the sanctions legislation adopted in the United States in 2019 and 2020.

"The State Department again warns that any organization involved in the Nord Stream 2 project risks falling under US sanctions and must immediately stop work on the pipeline," Blinken said.

Last week, the Secretary of State, speaking at the hearings of the Foreign Affairs Committee of the US House of Congress, said that Washington is considering the possibility of introducing new unilateral restrictions against the participants in the project.

At the same time, it became known recently that work on laying the second string of Nord Stream 2 in the exclusive economic zone of Denmark should begin at the end of March.

Such data, with reference to the work schedule, submitted by the operator of the Nord Stream 2 AG project to the Danish Energy Agency, were published by RIA Novosti and TASS.

It was noted that the Russian pipe-laying vessel "Akademik Chersky", according to the plan, should join the work within a month.

Now "Akademik Chersky" is undergoing sea and pre-operational tests in the Kaliningrad region, and the barge "Fortuna" and several support ships are laying the gas pipeline.

Commenting on the latest statement by Anthony Blinken, Deputy Chairman of the State Duma Igor Ananskikh, in an interview with RT, reminded the American authorities that the work on the trans-Baltic gas pipeline is being carried out not by states, but by private companies, and therefore the project is purely commercial.

Nord Stream 2 is being built by a consortium of large European companies, they spent a lot of money, effort and time on it ... It seems to me that the State Department needs to descend from heaven to earth, "Anansky said.

The MP also called on Washington to discuss existing issues within the framework of a constructive dialogue instead of continuing the policy of extraterritorial sanctions pressure.

“If there are no questions, then the United States can directly say:“ We want you (the EU countries. -

instead of cheap gas.

" dialogue, then, perhaps, there will be a greater result, ”the parliamentarian added.

Also, on March 18, Bloomberg, citing unnamed sources, reported that the US presidential administration did not rule out the imposition of sanctions against the operator of the Nord Stream 2 construction, Nord Stream 2 AG.

It is noted that both Democrats and Republicans in Congress insist on taking "more decisive measures" after, as part of the previous restriction package in February 2021, only the ship "Fortuna" and its owner, the company "KBT- Rus ”, which were already under sanctions.

The other day, Kiev also expressed its position.

Thus, President Volodymyr Zelenskyy, during a press conference with his Lithuanian counterpart, called the project “a trap not only for Ukraine, but for all European countries” and thanked Vilnius for “using all of its possible tools to oppose the implementation of Nord Stream 2 ".

In turn, the Speaker of the Verkhovna Rada Dmitry Razumkov, during a telephone conversation with US Senator Robert Portman, thanked Washington for its support and expressed hope for joint opposition to the completion of the gas pipeline.

Against this background, it became known that Berlin continues confidential discussions with Washington, as well as with the companies participating in the project, and defends the necessity of the project implementation.

According to the published response of the Cabinet of Ministers of the Federal Republic of Germany to the deputy request of the FDP faction in the Bundestag, "in the short and medium term, the need for natural gas imports to Europe may increase, which ... can be satisfied by the completed Nord Stream 2 gas pipeline."

“The FRG government is in contact with the US government on the issue of threats to impose sanctions against German and European companies.

Such negotiations are confidential, ”the TASS document is quoted as saying.

Also, the newspaper Handelsblatt, citing sources, writes that during the negotiations Berlin offered Washington "more decisive support for Ukraine" in exchange for refusal of the sanctions pressure on Nord Stream 2.

Earlier, the confidence that the pipeline project with a capacity of 55 billion cubic meters of gas per year will be completed was repeatedly expressed by both the Russian and German governments.

For example, in February, Deputy Prime Minister of the Russian Federation Alexander Novak noted that he did not see any risks that the gas pipeline “would be idle” after construction was completed: “Our European partners are interested in this”.