The US Federal Reserve sees significant economic growth in 2021

The corona crisis disappears in the rearview mirror: This is suggested by the new economic forecast by the US Federal Reserve. Thanks to the vaccination campaign and a massive economic program, the economy is booming. 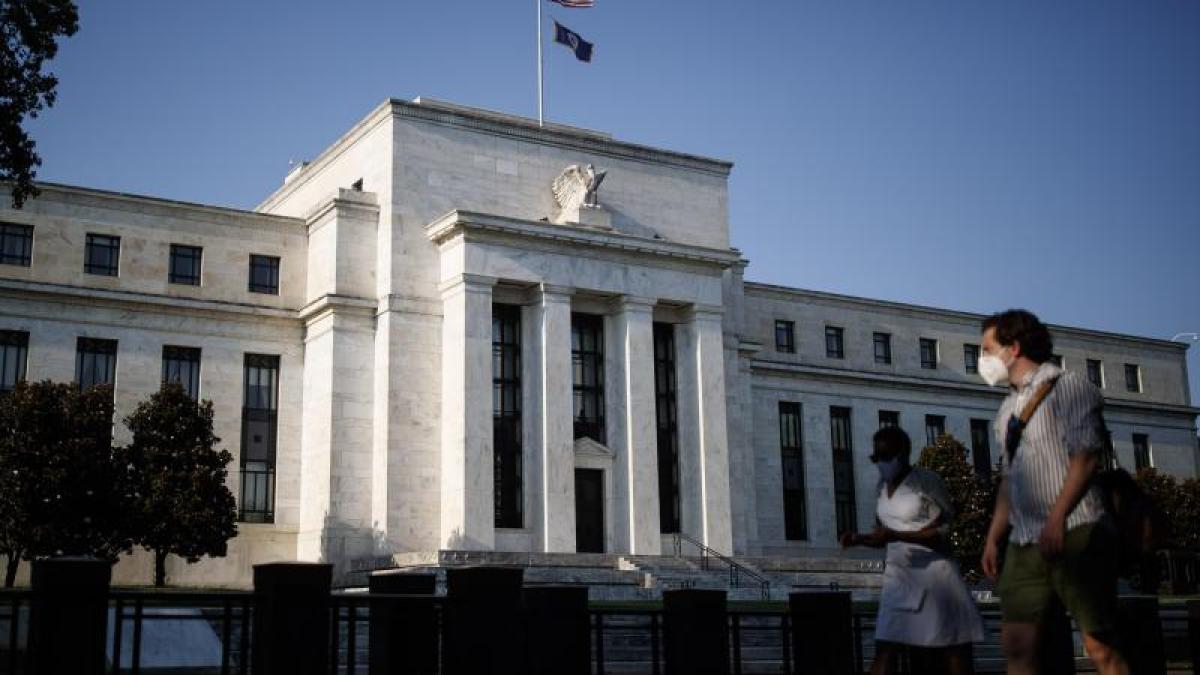 Washington (dpa) - In view of the successful vaccination campaign and the latest huge economic stimulus package, the US Federal Reserve (Fed) is expecting significantly stronger economic growth in the current year.

The gross domestic product (GDP) of the world's largest economy is expected to grow by 6.5 percent this year despite Corona, according to a new economic forecast by the central bank on Wednesday.

In December, the central bank was still assuming that the US economy would grow by 4.2 percent.

The situation on the labor market should also improve more quickly.

The central bank expects an unemployment rate of 4.5 percent by the end of the year.

In December, the Fed had accepted 5.0 percent.

Federal Reserve Chairman Jerome Powell said that the situation on the labor market was still significantly worse than before the pandemic.

There are currently around 9.5 million fewer jobs than in early 2020, Powell said.

The unemployment rate in February was 6.2 percent.

Before the pandemic, the rate was 3.5 percent, the lowest level in decades.

The development of the economy depends on the course of the pandemic and is therefore extremely uncertain, Powell warned.

"New infections, hospitalizations and deaths have been falling since January, and the ongoing vaccinations give us hope for a return to more normal conditions later this year," Powell said.

As expected, the Fed left its key interest rate at the very low level of 0.0 to 0.25 percent because of the Corona crisis.

Securities purchases of around 120 billion US dollars a month to support the economy will also continue.

Powell promised that the Fed would support the labor market and economy "as long as it is necessary" with "all the means at its disposal."

Before the Fed's decision, analysts expected the central bank to stick to its previous course.

The Fed has already responded with an unprecedented easing of its monetary policy to support the economy in the corona crisis.

In its new forecast, the central bank now also expects an inflation rate of 2.4 percent for this year - significantly higher than the 1.8 percent assumed in December.

Powell emphasized that temporarily exceeding the Fed's target of around two percent for the inflation rate is no reason for an interest rate hike.

According to the forecast, an increase in the extremely low key interest rate is not expected up to and including 2023.

Last week, the US Congress passed a huge stimulus package worth around 1.9 trillion dollars (around 1.6 trillion euros) proposed by President Joe Biden.

That corresponds to almost ten percent of the annual economic output.

The package includes direct aid of $ 1,400 per person for most US taxpayers.

The Treasury Department said on Wednesday that 90 million payments worth around $ 242 billion had already been made electronically.

Congress only passed an aid package worth around $ 900 billion in late December to overcome the dramatic slump in economic output last year.

After the worsening of the pandemic, Parliament had also passed economic stimulus packages worth almost three trillion dollars last spring.

The mountain of debt has increased very quickly since then.

The vaccination campaign in the United States, a country of 330 million people, is making good progress.

According to the CDC health authority, a total of around 113 million doses of corona vaccine have been administered to date.

In the US, the vaccines from Moderna and Biontech / Pfizer are used, in which two doses are injected, and the vaccine from Johnson & Johnson, which is fully effective after just one dose.