She vomits every day from her illness - Försäkringskassan's answer: Take a normal job

Marie-Louise Järlesand lives with severe stomach pain, nausea and vomiting. In 2013, she was sick-listed and granted sickness benefit - five years later it was withdrawn by the Swedish Social Insurance Agency. She has the same doctor and the same illness, but is now asked to apply for a "normally occurring job". 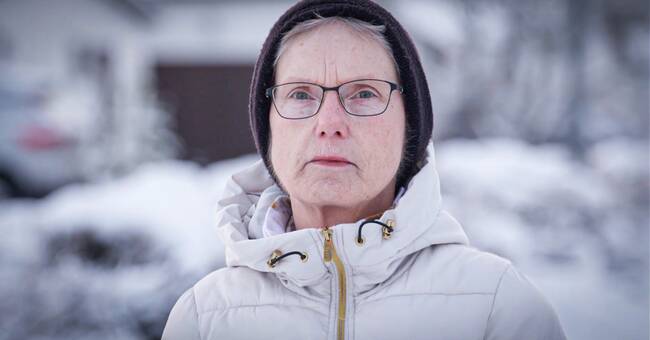 2013 is the last time that Marie-Louise Järlesand can enjoy the midsummer food.

What appeared to be a common stomach illness turns out to be the disease gastroparesis, which means that the muscles in the stomach do not work properly.

- It was a different life.

You were happier, you managed to be out and meet people, like a normal real life, she says about life before the disease.

In the years that follow, Marie-Louise Järlesand loses weight, from 77 to 44 kilos.

She is on sick leave and a specialist doctor who writes her certificate states “disabling nausea and vomiting several times a day.

The ability to work is completely impaired, according to the doctor.

Arbetsförmedlingen: Too sick to work

She will receive sickness benefit for five years, but in the summer of 2018, the Swedish Social Insurance Agency will stop.

They do not question that Marie-Louise Järlesand has a problem, but still decide that she is no longer entitled to sickness benefit.

She is expected to apply for a "normally occurring job", but the Swedish Public Employment Service considers that she is too ill to work.

- I showed my papers and I would come back another day.

Then they would have gone through this and said "no, you should not work, you should be at home and take care of yourself".

So they wrote job seekers with disabilities.

That was what they could do, says Marie-Louise Järlesand.

Today she is supported by her husband Lennart who is retired.

She has appealed and the Administrative Court of Appeal in Gothenburg has granted her leave to appeal.

The case has not yet been decided.

"Tried it against the work that doesn't really exist."

Annika Strandhäll was the minister who in 2015 launched the goal that the so-called sickness benefit rate in Sweden should be reduced.

She tells Uppdrag granskning that it is completely unacceptable that people like Marie-Louise Järlesand end up between the seats between Försäkringskassan and Arbetsförmedlingen.

- It is a receipt that people do not get the support they should have.

But then what is a normally occurring job?

- A normally occurring job must be a job that exists in the labor market.

In this case, it has unfortunately become the case that many people have ended up in a situation where they have ended up, simply fallen out, because they have tried it against the work that does not really exist.

Försäkringskassan has been given the opportunity to comment on Marie-Louise Järlesand's case but has declined.

Have you been ill and needed sickness benefit - or perhaps worked as an administrator at the Swedish Social Insurance Agency?

Here you can who want to tell about your experience of the Swedish security system.

Some rules for the flow:

• Keep in mind that what you write about your situation may be published here on SVT.

Feel free to anonymize yourself by not using first and last names, if you want to write about sensitive things.

• Do not name an administrator, place or office.

We cannot control all information about any specific office pointed out and will therefore not publish such posts.

Posts that violate SVT's comment rules will not be published.

More about what applies can be read here.

• We publish a selection of posts, which means that everything that is written will not be visible to the outside of the page.

Do you instead want to tell us about something we should review - or get in touch with us directly?

You can do this through our tip form which can be found here.

Are you feeling unwell or need someone to talk to?

In an emergency, always call 112. You can read more about how to seek care and help here.

There are very many of you who write - both you who have experience of the Swedish Social Insurance Agency as ill, as a doctor and as an administrator.

Even if we do not respond in this feed, we read all your posts.

We would like to get in touch with you who might like to tell you a little more about your history with the Swedish Social Insurance Agency, from both sides.

If you are one of them, feel free to email me at henrik.bergsten@svt.se.

And if you instead want to discuss the series with us who made it, we are in Assignment review social media.

I have once been an administrator at the Swedish Social Insurance Agency.

We received a medical certificate from the doctor and then there was no thought that the patient was not healthy.

We paid the sickness benefit.

Today, FK does not believe in the doctor who prints the certificate.

Unfortunately, I ended up in that carousel myself.

FK, AF who would help me.

AF had hired a company that would help me get back into working life.

There I got to practice solving puzzles?

A friend of mine had to travel a few miles, to put seeds in the ground ??

Unfortunately, I who once believed in our security system, realize !!

There is no security, you have to fight against all the authorities.

And who can handle it?

When you are sick?

For many years I have had sickness benefit of 50% from FK, never had any problems with them.

It just rolls on.

It works just for me as I have EIPS formerly called Borderline.

Saw that someone was looking for more positive opinions about FK here and I can give that.

I can also share my great fear of being questioned, tried and lost without my sickness compensation.

I miss some pieces to feel better but so far FK stands for its part without problems.

I was burnt out and on sick leave in 2011 and got in touch with FK.

My manager was present at my rehab meetings and was great to have and do with, no problems getting compensation.

After trying to return to work but not being able to, I was taken off sick again and got a new administrator.

The new administrator was also present at rehab meetings and great, still no problems getting sickness compensation.

After trying again and failing to return to work, a person from FK called and explained that he was my new administrator and that I will not receive compensation anymore.

When I wondered how he could make that decision without even meeting me or talking to my doctor, he replied that you do not have time for that and that I could appeal the decision if I wanted to but it was he who would decide on the appeal as well.

I said yes and was insured, which did not help my exhaustion or my suicidal thoughts.

Got a very strong feeling that you ran over those with mental problems as they are unable to stand up for their cause.

What do you do when you are burnt out, insured and have tried all possible treatments?

Burned out and insured

Is in the yards to get from sickness benefit to sickness compensation.

But get rejected on rejection.

The labor market unit says ra be on what you have.

Has had compensation all his life from the fund.

But the administrator says the whole labor market has not been tried.

I came across an administrator who threatened me that I would be insured.

He's been threatening me for over a season.

Wish he had listened to what me and the doctor said then it would probably have gone better for me.

I have gotten worse during my sick leave.

Who is on the sick leave's page?

I have previously worked as an administrator in sickness benefits at FK.

I was one of those in the working group that gave the most rejections, but it was still only 2-3 a week even though I had about 130 cases pending.

These refusals were also mainly due to the insured's SGI.

So I do not recognize the media image at all, but can of course only speak based on my own experiences from the office I worked at.

Have an administrator who has a very nice treatment and I am very grateful for that.

You are in a vulnerable situation and feel left out of other people's decisions, so then it is important to be treated well.

After a few years of sick leave due to cancer, Fk declared me healthy with 3 days notice.

Enrolled in AF, but could not work so nothing happened.

But according to Fk's criteria for 100% work ability, it is enough that you can use a finger and press a button.

Unfortunately, I have not found that job, so now I am downhill, written on AF but there is no job with the button I can press 8 hours a day.