In Uppsala County, the number of rejections of sickness benefits has increased by 334 percent over a five-year period without any rules having been changed. One of those who no longer receive sickness benefit is Uppsala resident Reio Roosi. - Most days I am completely knocked out, he says. 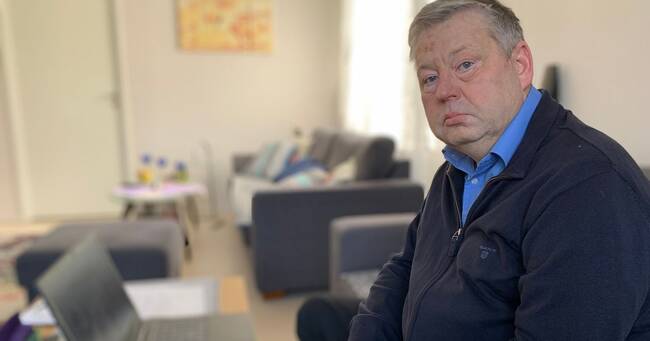 The number of rejections of applications for sickness benefits has increased significantly during the period 2014-2019 and the variations across the country are large.

This is shown by figures produced by SVT's Assignment review.

In Uppsala County, rejections have increased by 334 percent, from.

One of those who has received several rejections is Uppsala resident Reio Roosi who suffers from ME - a neurological disease that causes chronic fatigue and aches.

Reio Roosi has not received any sickness benefit in the past year, as the Swedish Social Insurance Agency assesses that he does not have a sufficiently reduced ability to work.

He has appealed two refusals and, pending a decision, has restarted his company for the third time.

- The little I can work on only covers the fixed expenses I have, so I go plus or minus zero, he says.

"It will be easier to get sickness benefit"

On March 15, a change was made in the health insurance.

Most people who were rejected earlier received it after 180 days, when it should be possible to take a "normally occurring job in the labor market".

But that limit has now been raised to 365 days.

- It will be easier to get sickness benefit now, after day 181, says Cecilia Udin who is the national insurance coordinator at the Swedish Social Insurance Agency.

Due to the large variations in assessments, the Swedish Social Insurance Agency has begun a review of its regulations, which will be completed in the spring.

In the video above, you will hear more about how Reio Roosi is affected by his illness.