How should the vaccination against the corona virus continue? Expectations are directed towards the EU medicines authority and the postponed vaccination summit. But there are also other ideas. 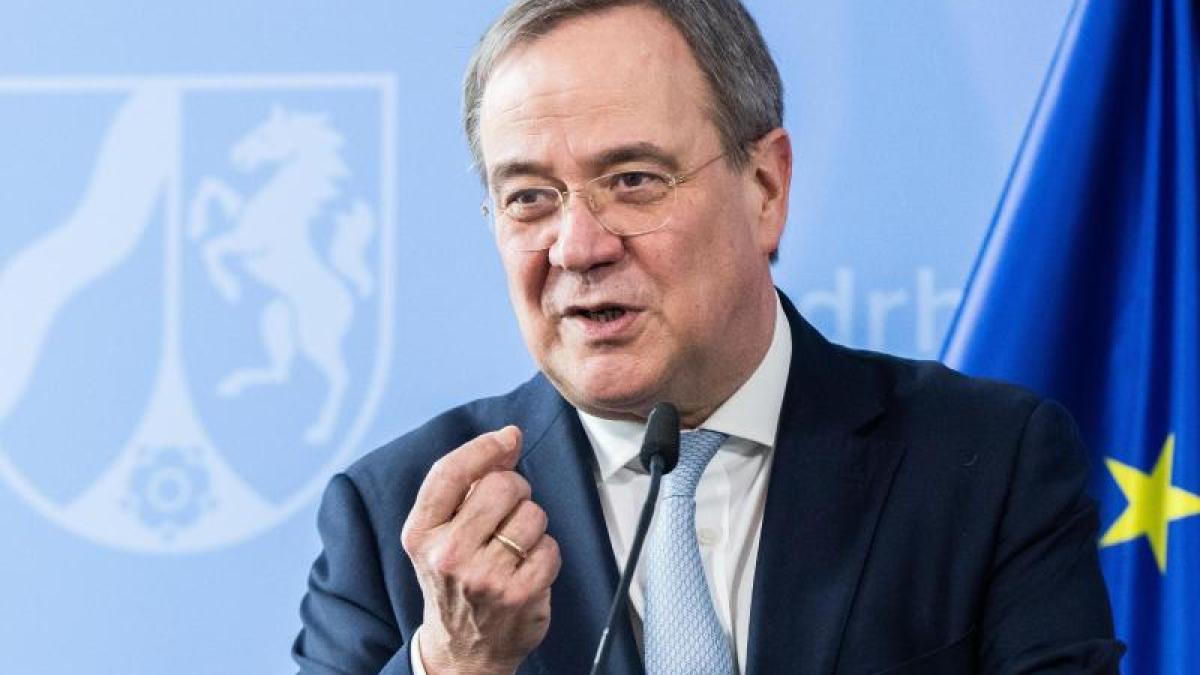 Berlin (dpa) - After the suspension of vaccinations with the Astrazeneca substance in Germany, hopes are now on the European Medicines Agency (EMA).

She is expected to make a recommendation on the safety of the vaccine on Thursday.

Then the federal and state governments want to discuss the next steps at a vaccination summit.

This should take place on Wednesday, but has been postponed.

It could now be made up on Friday.

A government spokesman had previously spoken of “possibly on Friday”.

In Germany, the Paul Ehrlich Institute (PEI), which is responsible for vaccine safety, recommended suspending vaccinations with Astrazeneca.

The Ministry of Health followed on Monday.

According to information from the department of Minister Jens Spahn (CDU), a total of eight cases of thrombosis (blood clots) in the cerebral veins in connection with the vaccination were reported in Germany by Tuesday evening.

The number of cases is therefore statistically significantly higher than in the population without vaccination.

According to the PEI, those affected were mostly women.

Whether there is a causal relationship between vaccination and thrombosis is currently being investigated.

A vaccination summit should clarify how the vaccinations will continue.

CDU boss Laschet emphasized in the ARD that you have to get down from the vaccination bureaucracy and become faster.

CSU General Secretary Markus Blume demanded that if Astrazeneca were given the all-clear, there should be more flexibility in vaccination.

If there is a group of people who are ready to have this vaccine vaccinated, they should not be slowed down, but rather, together with the general practitioners, ensure that this vaccine is brought to the population as quickly as possible, said Blume in the ZDF "Markus Lanz" broadcast.

Baden-Württemberg's Prime Minister Winfried Kretschmann also said in "Markus Lanz" that if there was more vaccine and the questions at Astrazeneca had been answered, one would also have to vaccinate in medical practices and loosen the vaccination prioritization there.

"We are sticking to certain principles, but we should apply them a little more loosely, more flexibly and more courageously."

Nevertheless, the available vaccine will soon be more and more, said the SPD chancellor candidate in a ZDF “special”.

In June / July there could be “maybe” ten million vaccine doses per week in Germany.

Then everything has to be prepared and clarified, what vaccination centers, what family doctors and what company doctors can do.

The SPD health expert Karl Lauterbach renewed in the ZDF “heute journal” that, unlike Spahn, he would have decided against suspending the vaccination with Astrazeneca.

Although the complications are serious, they are very rare.

Without the suspension, however, several more severe cases of Covid-19 would have been prevented in the next few weeks, argued Lauterbach.

He expected the EMA to recommend further vaccinating Astrazeneca.

"After that we will have to advertise the vaccine," Lauterbach made clear.

Several politicians did that.

He would be vaccinated with it, said Kretschmann on ZDF.

He thinks that if he gets Covid, the side effects are far more serious than he could get them with the vaccination.

Bavaria's Minister of Health Klaus Holetschek (CSU) also told the "Bild" (Wednesday): "I have confidence in this vaccine and would be vaccinated with it at any time!"

FDP Vice Wolfgang Kubicki told the editorial network Germany (RND / Wednesday): "We should have continued vaccinating with Astrazeneca without interruption."

If family doctors are involved in the vaccination campaign, they should decide which vaccine to give.

The chairman of the German Association of General Practitioners, Ulrich Weigeldt, urged vaccinations in practices.

Vaccination is a question of trust, it is crucial that “the benefits clearly outweigh the risks”.

General practitioners could explain this to their patients better than “anonymous vaccination centers”.

Therefore, the nationwide vaccination start in the practices must take place as soon as possible, demanded Weigeldt in the newspapers of the Funke media group (Wednesday).

The federal chairman of the Virchow Association of Resident Doctors, Dirk Heinrich, called for changes to the vaccination strategy.

"We now have to take a lot more Biontech for the younger ones," Heinrich told the Tagesspiegel (Wednesday).

In addition, Astrazeneca is “the vaccine that is most suitable for the elderly”.

The CDU health politician Peter Liese suggested a more economical use of vaccines.

These tests can indicate infection protection that has been built up by a corona infection.

Those who have this protection against infection can voluntarily do without an early vaccination, said Liese.

This would allow others to be vaccinated earlier.