Britt-Marie, 57, has to work despite cerebral haemorrhage and epilepsy

Britt-Marie Markusson in Sölvesborg has many years of professional experience as an assistant in school and child care. When she was 52, it stopped. - Then it's small. I had a brain haemorrhage and epilepsy, she says. 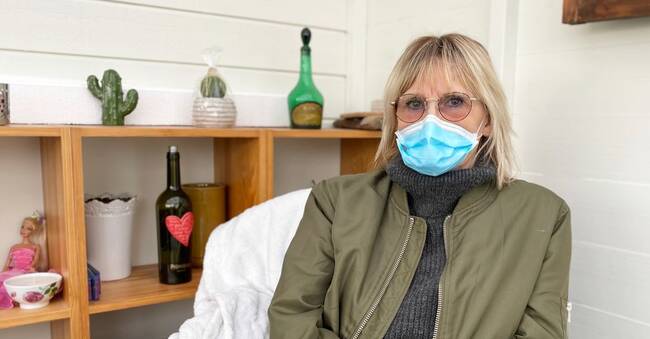 - It was unusual for me.

I have lived a healthy life and worked since I finished high school.

Now I will never be able to get well again in some ways.

I sit here with tablets that I have to push in me and I can't stand anything, says Britt-Marie Markusson.

In December last year, the Swedish Social Insurance Agency decided to withdraw her sickness benefit and came to the conclusion that she could start working again.

It is a decision that she appealed to the administrative court.

- The doctors have forbidden me to stress.

I can not be where there are a lot of people or loud noises, says Britt-Marie Markusson.

Her ex-husband helps in the process against the Swedish Social Insurance Agency.

- I think it's largely about statistics.

Försäkringskassan has been given a commitment to lower the figures and they do so, regardless of who it affects, says Pär Markusson.

And Britt-Marie Markusson is not alone in having her sickness benefit withdrawn.

SVT has compiled figures that show that the number of people on sick leave who have had their sickness benefit withdrawn increased in Sweden between the years 2014 and 2019. The pattern is the same in Blekinge.

This has taken place without any change in the legislation.

But after the 2014 election, the government gave an order to reduce the so-called sickness benefit rate in Sweden to an average of nine days per person and year.

The reason is that the decision has been appealed and has not been decided by the administrative court.

But Försäkringskassan announces that the authority is now conducting a review after the number of rejections increases.