«The rescue of Plus Ultra has been very surprising because it is a very small company and because of its Venezuelan capital. But nobody is considering something else: their planes are very conta 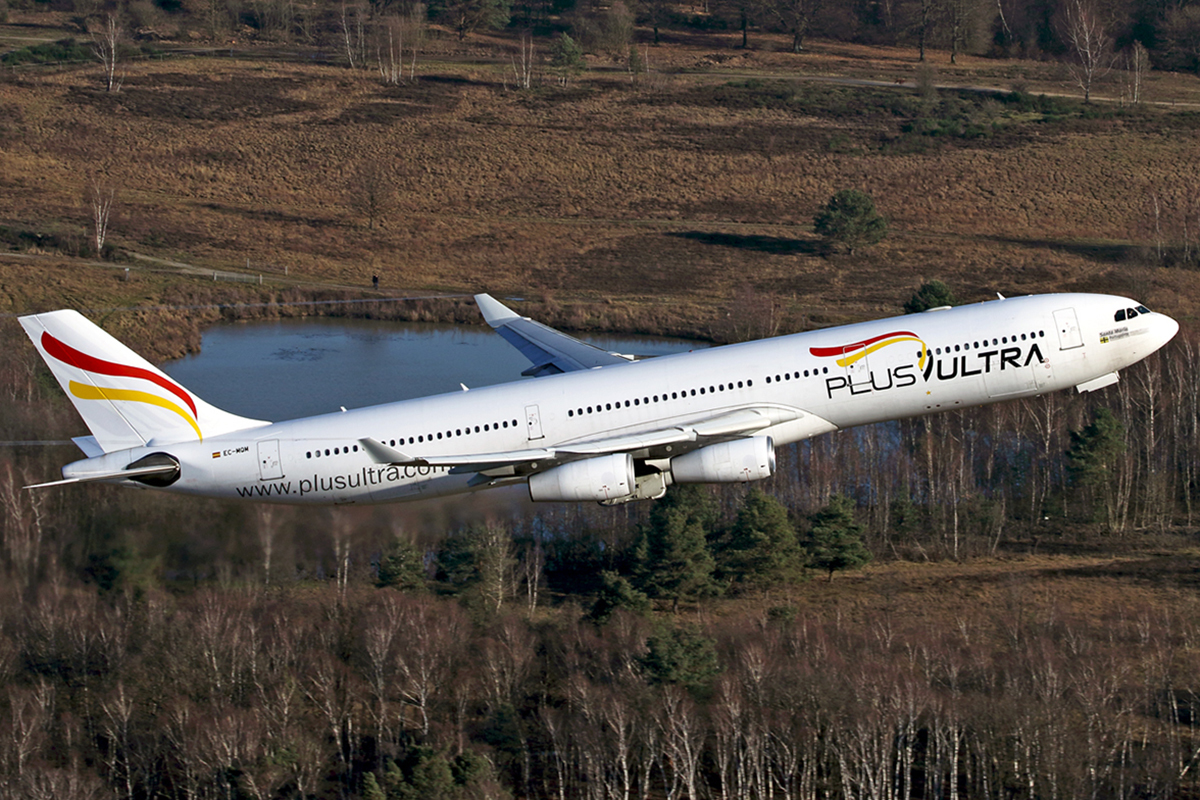 «The rescue of Plus Ultra has been very surprising because it is a very small company and because of its Venezuelan capital.

their planes are very polluting.

They are junk, scrap meat. '

A veteran pilot of commercial flights, with 32 years of experience, speaks in these terms of the controversy that this week has starred in Spanish aviation.

The Government, through the

has agreed to rescue the airline Plus Ultra with 53 million euros.

The Executive has defended as "strategic" the aid to this Spanish company, 47.23% owned by Venezuelan businessmen well related to the Government of

However, what this time he has not commented on is the sustainability of the flights operated by the company.

According to its corporate website, Plus Ultra Lineas Aereas has a very small fleet of four aircraft - although industry sources say that only two are operational.

Their fundamental characteristic is that they have four engines and, therefore, are highly polluting.

assure that all the large airlines have already disposed of them or have them parked, with hardly any flying.

Iberia, for example, has already withdrawn all of them.

"The Airbus 340s are now a very inefficient and obsolete generation of aircraft,"

explains Pablo Peláez, pilot with 30 years of experience and promoter of Betterfly, an international initiative of pilots and air traffic controllers that works to reduce CO2 emissions in air traffic.

"They are being withdrawn around the world because their higher operating cost and higher consumption, which translates into a high degree of emissions, do not compensate companies," he adds.

According to a calculation made by an expert in the sector, on a Madrid-Caracas flight such as the ones operated by Plus Ultra,

than a comparable aircraft currently used by Iberia or Wamos Air like the Airbus 330, with two engines.

To arrive at this estimate, two calculation models have been used: one, assuming the same weight of the plane, and the other, taking into account the fuel consumption per kilometer and seat.

Although the data may vary depending on the number of passengers and the particular conditions of the flight, the difference in pollution is notable.

The Airbus 340s have four engines;

It is now a decade since Airbus stopped making them.

Its replacement has been the modern twin-engines, cheaper and also more ecological.

«Almost nobody uses them anymore.

Only some small company and some other that rents them to third parties in case their planes break down ”, specify the sources consulted.

The aid to Plus Ultra - a participative loan of

and another ordinary of

- is in the public focus due to its ties with Venezuela.

Another of the four aircraft in the Plus Ultra fleet.

The company was born in 2011 in Spain by

, two Spanish executives who were part of Air Madrid, which in 2006 left some 100,000 passengers with a ticket and without a flight.

However, in 2017, two years after obtaining his license to fly, a company called Snip Aviation entered the airline until it took over 47.23% of its capital.

This company is in the hands of three Venezuelans,

who, according to the digital

are placed in the orbit of the Chavista government and, specifically, of its vice president,

the woman who in February 2020 starred in a sounded "meeting" with Minister José Luis Ábalos in Barajas.

Although, as reported by journalist Daniel Lozano in EL MUNDO, the key shareholder behind this company, the

the strings, is actually

a Venezuelan-Lebanese millionaire enriched in the shadow of Chavismo.

Invited to the meetings organized by former President

with businessmen linked to the Maduro regime, Camilo Ibrahim Issa holds the exclusive rights of the Inditex group in his country and has significant real estate investments.

And, along with Rodolfo Reyes, he was investigated in 2018 by the National Assembly of Venezuela for alleged government corruption.

The company was born in 2011 in Spain and in 2017 Venezuelan capital entered.

The rescue of the airline, which operates flights with Latin America (from Madrid and Tenerife to Ecuador, Peru and Venezuela) and employs 345 people, has been questioned on the grounds that,

with its small size (823 flights in 2019), it cannot be considered a strategic company,

which is the purpose of the funds allocated by the Sepi.

Those responsible, for their part, insist that no one has given them anything.

A pilot of the controversial airline protests:

«Of course there are Venezuelans, but Plus Ultra is a Spanish company, with Spanish investors

and that pays its employees in Spain.

And the bailouts to Spanair or Air Europa?

Plus Ultra meets all standards;

if not, it would not fly.

It has suffered during the pandemic, but, in addition, our market, the South American, is very affected.

That is why the company is hibernated and there are very few flights.

In addition, the Government will put a person they trust to review the aid.

This is not a robbery.