The villa is moved here - 111 km by truck from Dorotea

Conny Möller has bought a house in Dorotea in Västerbotten and is now moving it down to Skåne. A transport of 111 km, but he is convinced that it is still climate-smart: "This is first-class recycling". 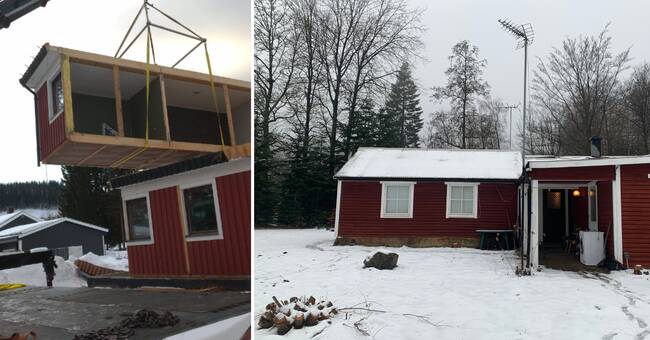 Instead of renovating the parental home outside Munka-Ljungby, Conny Möller has found a more economical solution.

By moving the house he bought in Dorotea to the plot where the parents' house now stands, he will save several hundred thousand in comparison with buying a similar house on a similar plot in Skåne.

- It is almost impossible to buy a new house for under two million today, even if it is only the house itself and not the plot.

I do not want to spend that much money on it, says Conny Möller.

In the video, you hear how he reasons, and see pictures from the move.