Laschet: No automatism with the Corona emergency brake

In North Rhine-Westphalia, the key figure of the seven-day incidence is rising again significantly. According to the latest data, Cologne and 13 other large cities and districts are already above the value of 100 again. However, this does not automatically mean new restrictions. 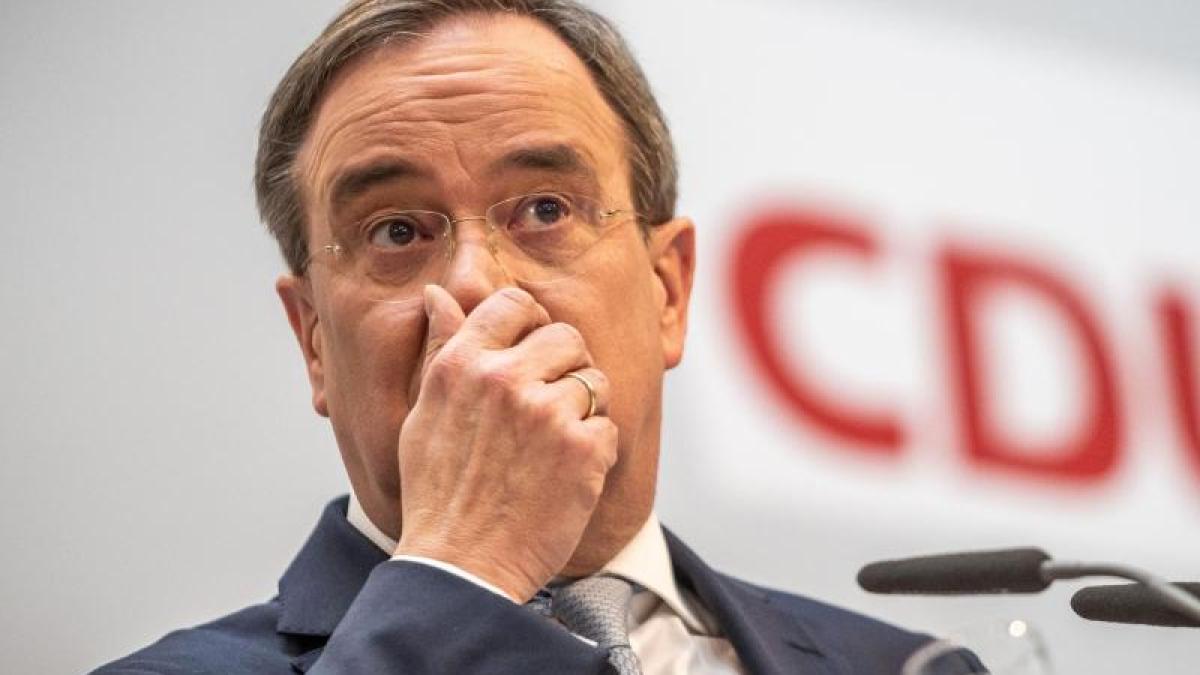 Berlin / Cologne / Herne (dpa / lnw) - If the number of infections rises above the incidence value of 100, according to Prime Minister Armin Laschet (CDU), the easing that has just come into force does not automatically disappear.

"That is not automatic," said Laschet on Monday in Berlin in his statements as CDU head of the federal government on the election results in Baden-Württemberg and Rhineland-Palatinate.

You have to see exactly what is causing the incidence to get out of hand in this case.

The answer to this could be different in one circle than in another.

That depends on the respective situation on site.

When they decided to relax, the prime ministers also agreed on an "emergency brake" at the beginning of March.

In North Rhine-Westphalia, the key figure for new infections per 100,000 inhabitants has risen to 81.2 within seven days on the national average, according to the Robert Koch Institute (RKI).

In 14 of the 53 independent cities and districts, the incidence was above the 100 mark according to the latest data from the RKI on Monday Regions with an incidence of “sustainable and significant” above a value of 100 should examine tightening of containment measures and coordinate with the ministry.

Most of the cities and districts with a particularly strong increase in the number of corona cases first want to wait for further developments without immediately withdrawing any easing.

On Monday, for example, it was said from Cologne, Duisburg and Hagen - all large cities with a seven-day incidence over 100 - they wanted to wait and see whether the value would remain stable and significantly above the mark in the next few days.

If that is the case, coordination on any measures with the country is also necessary.

The metropolis of Cologne is considering, for example, an adjustment of the test and vaccination strategy in the event that the number of infections continues to be high, it said on Monday.

The city of Herne, with a value of 171.9 front runner in North Rhine-Westphalia, announced after deliberations of the crisis team on Monday that there would initially be no further local restrictions on public life.

The city attributes the increased number of cases mainly to outbreaks in the disabled and calls the infection process "delimitable".

However, watch the infection process closely and reserve the right to take measures in the event of a further increase, the city administration said.

The head of the crisis management team there, Cornelia Schöder, reported, as an example, that the increasing numbers are not, as things stand, due to easing in the retail sector.

Infection takes place mainly in the private and professional area and would then be spread in kindergartens and schools.

A whole family and their environment are mostly affected by mutated virus variants.

However, no short-term tightening is planned.

The Märkische Kreis with a value of 152.4 announced that it had decided to «go along with the nationwide cautious and deliberate opening steps».

When it comes to the question of further school openings, the uniform guidelines from the NRW Ministry of Education are also adhered to.

However, the situation always requires a new assessment and "in an emergency, more stringent measures", it said on request.

The attempts from the district of Düren (incidence of 125.8) and the Oberbergischer district (104.8) to suspend a return to face-to-face teaching at the secondary schools there until the Easter break had failed due to vetoes from the state government.

Development of the number of corona cases in Cologne