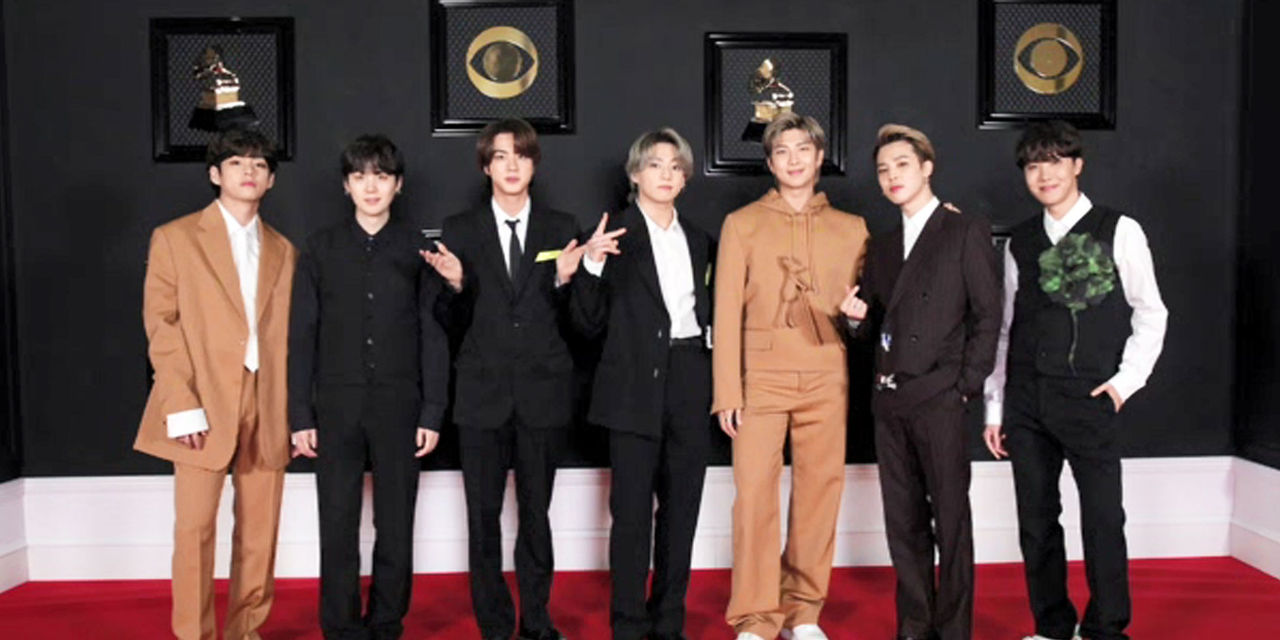 Even before the start, purple hearts and phrases that support BTS are constantly coming up.

However, the Best Pop Duo/Group Award for which BTS was nominated went to Rain on Me, which Lady Gaga and Ariana Grande worked together.

[The expectations have risen to this point.]

BTS thanked the fans for having had a ridiculous experience.

Although he did not receive an award, he was the first Asian singer to be nominated for the category and set another record for his solo performance at the Grammy, which is called the stage of his dreams.

[Kim Young-Dae/Music Critic: The fact that they were selected as performers and performed last means that the mainstream music industry in the United States, represented by the'Recording Academy (Grammy-sponsored organization),' recognizes and accepts the commercial potential of BTS. .)]

However, some fans criticized the closed Grammy with the hashtag scami, which combines the English word for grammy and scam, and scam.

[Richard Yongjae O'Neill/Violist: It's a historic day in many ways, and I think it's an honor for me that'Recording Academy' gave me an award as a violist.]

I didn't win the award, but just because I was nominated. It is said that it means BTS's worldwide influence and popularity are so high that even the Grammy can only admit that it is only conservative for people of color.