On Monday, tens of thousands of people demonstrated in major cities across Australia to demand an end to violence against women. Called "# March4Justice", this movement has… 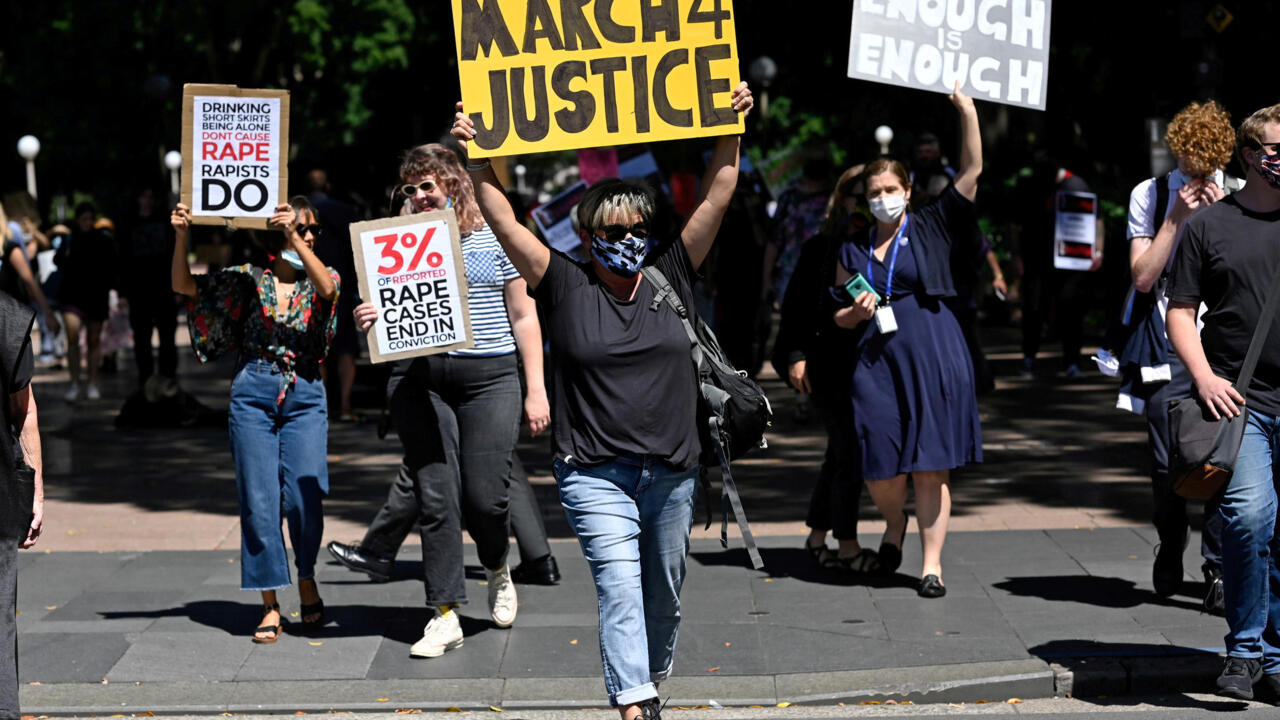 Thousands of women demonstrated in Sydney and other Australian cities on Monday in a sweeping campaign against sexual violence and for gender equality, as rape charges plague the Conservative government.

On Monday, tens of thousands of people demonstrated in major cities across Australia to demand an end to violence against women.

Called "# March4Justice", this movement has gained momentum in recent weeks as several women ministerial employees accuse some of their former colleagues of sexual assault.

The Minister of Justice is suspected of having committed rape more than thirty years ago.

With our correspondent in Sydney,

Masked, but nonetheless determined, thousands of women took to the streets Monday, March 15 in Sydney to demand justice.

The spark left Canberra, where in recent weeks, four parliamentary and ministerial attachés have revealed that they have been raped by male colleagues.

The scandal of too many

A scandal at the top.

And especially the one too many, according to Jaime Evans, who organizes the march in Sydney.

I think we are at a turning point

I had never seen so much anger in the community.

So many women are fed up with it.

You see, our message today is: Enough!

In the crowd, we meet women of all ages.

Despite the heat and the difficult respect for social distancing, Jane made the trip.

I'm 70 years old and I still have to fight for this nonsense,

It is not, however, complicated.

The government has ordered an independent investigation into the work culture in parliament.

In Canberra, the demonstrators proposed to the Prime Minister to march with them to denounce workplace harassment and sexism.

Scott Morrison, who had suggested a closed-door meeting, declined the invitation.

In the spotlight: women's rights seriously impacted by the health crisis