The 63rd Grammy Awards, The Oscars of Music, took place last night in Los Angeles. Billie Eilish won the major awards last year. This time, the academy has distributed its… 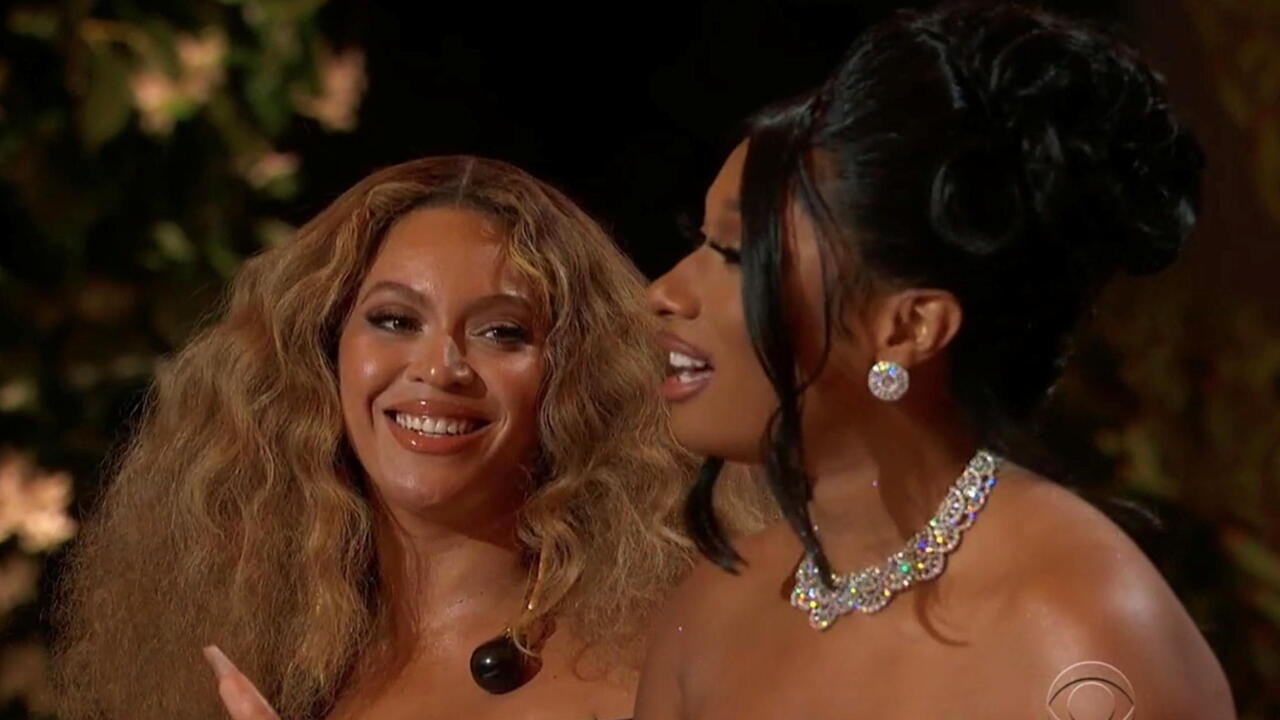 Beyoncé and Megan Thee Stallion at the 2021 Grammys. VIA REUTERS - CBS

This time, the academy has divided its four main awards - album, record, song and revelation - among several artists, but all women.

With our correspondent in Los Angeles,

She declined to perform on stage and once again did not win any of the major awards.

Beyoncé will however remain one of the queens of these 63rd Grammy Awards.

, a celebration of the black community, "Queen B." has enriched her collection.

Here she is now with 28 Grammys, a record for a singer: “

As an artist, I think it's my job, our job, to reflect our time.

And these times are difficult.

So I wanted to uplift, encourage, celebrate all the queens and all the black kings who continue to inspire me and the world

In a ceremony marked by the triumph of women, from rapper Meghan Thee Stallion, revelation of the year to prodigy Billie Eilish, winner of the best record of the year, to country star Taylor Swift, victorious for the 3rd time for best album, Burna Boy stood out.

And that's a lesson: whatever your goals, you can achieve them because you are kings!

Nigerian star Burna Boy has won the Grammy Awwards in the category of “world music” album.

Trevor Noah, from the Johannesburg comedy clubs at the Los Angeles Grammy Awards

Daft Punk triumph at the Grammy Awards in Los Angeles