Portuguese star Cristiano Ronaldo scored three goals (hat-trick) within 23 minutes, to heal the wounds of his European team, Juventus, and lead him to beat Cagliari 3-1 on Sunday in the Italian League. 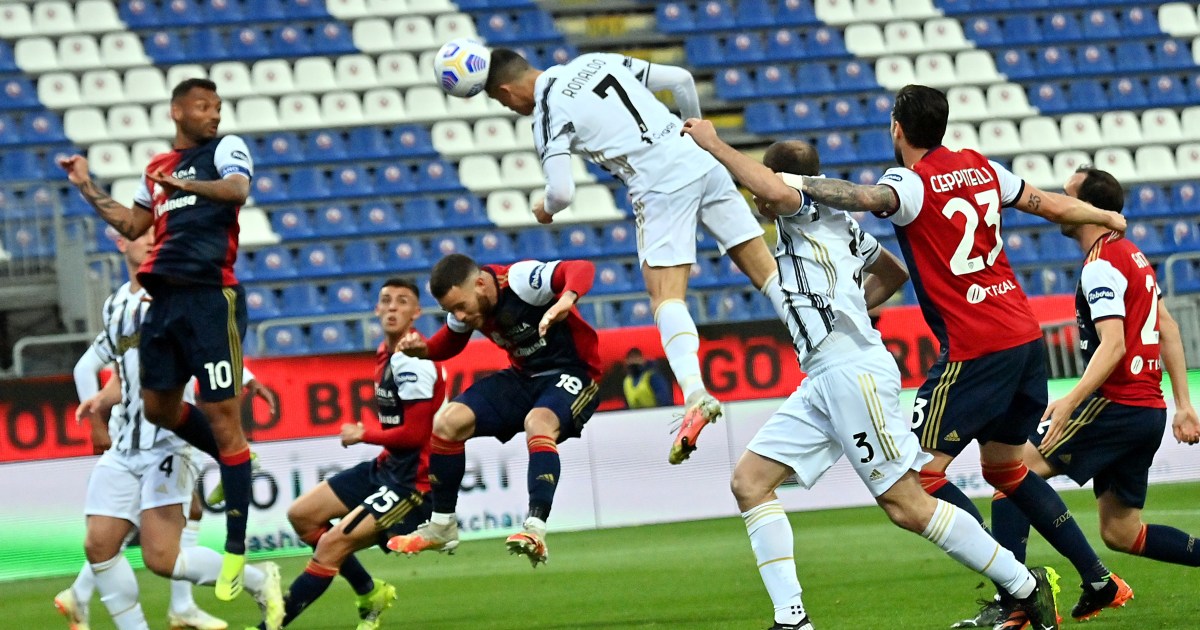 Portuguese star Cristiano Ronaldo scored three goals (hat-trick) within 23 minutes, to heal the wounds of his team, Juventus, and lead him to beat Cagliari 3-1 on Sunday in the twenty-seventh stage of the Italian football championship.

Juventus, who won their third successive and fourth victory in their last five matches in the tournament, rose to 55 points from 26 games in third place, ten points behind Inter (the leaders), who played 27 matches.

On the other hand, Cagliari, who suffered a fifteenth loss in the championship this season, stuck at 22 points in seventeenth place (fourth from the bottom).

Ronaldo assumed the championship role in the meeting, after scoring three goals in the tenth minutes, 25 from a penalty kick and 33, to tighten his grip on the top scorer in the competition with 23 goals, four goals ahead of his closest Belgian stalker Romelu Lukaku, Inter striker.

Argentine Givovanni Simeone ensured that Cagliari scored the only goal (61).

This victory comes to restore some balance to Juventus, who shocked his fans by his early and surprise exit from the Champions League final price, against Porto last week.

The second goal of Juventus, the legend Ronaldo @ vcxx98