The United States is reviving the country’s economy with a total $ 2.8 trillion bailout package. The aid will also spill help to mortgage debtors in Europe and Finland. 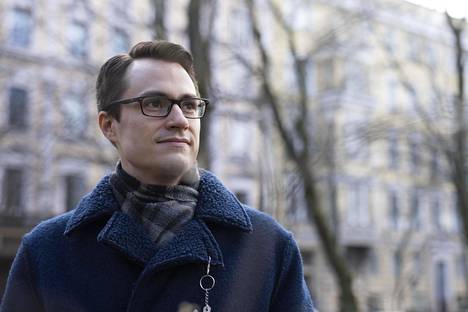 The historic stimulus package of $ 1,900 billion, or $ 1.9 trillion, approved by the US Congress last Wednesday could help the Finnish economy as well - and mortgage debtors as well.

In addition to the giant resuscitation of President Joe Biden, the United States launched a $ 900 billion resuscitation program by his predecessor, Donald Trump, a couple of months ago.

With a total of 2.8 trillion in coronary subsidies and a briskly launched coroner vaccination campaign, the OECD has raised its estimate of US economic growth to 6.5 percent this year.

Finnish economists are very much in agreement that the revival of the United States is a good thing for most Finnish mortgage debtors.

- The United States is still the growth engine of the world economy, although the importance of China has certainly grown.

- The growth in demand in the export sector supports the entire Finnish economy and employment, and is also good for mortgage debtors through income and employment, says Juhana Brotherus, Hypo's chief economist.

According to Hypo's chief economist Juhana Brotherus, the US economy will start to rise well ahead of Europe. Photo: Joonas Salo

- But then, on the other hand, strong indebtedness can be reflected in the interest rate side.

It may be reflected in Europe and for Finnish mortgage borrowers who want their mortgages at a fixed interest rate, as there may be upward pressure on them.

On the other hand, Nordean von Gerich points out that the European Central Bank (ECB) seems to be working to prevent long-term interest rates from rising rapidly.

- I don't mean that long-term interest rates could not rise at all, but yes, the rise will probably be slow, he says.

However, most Finns choose their mortgages at short Euribor rates.

They follow the ECB's key interest rate at which the central bank seeks to control inflation.

For the euro area, the OECD forecasts only 3.9% economic growth this year, due to, among other things, lower EU economic subsidies and a slowdown in interest rate vaccinations.

Pasi Kuoppamäki, Danske Bank's chief economist, reminds that the US revitalization will also help Europe through tourism, as long as the Americans can travel again after the corona pandemic. Photo: Hanna Matikainen

According to Pasi Kuoppamäki, Danske Bank's chief economist, economic growth in the United States can raise, for example, the prices of raw materials and services and consumer prices, ie inflation.

Inflation is said to be a “cancer loan,” at least if wage levels rose faster than inflation at the rate of the loan.

Because of this, inflation has traditionally been considered a good thing for a homeowner.

Today, inflation does not necessarily bring the same benefit unless the wage agreement includes the same inflation-linked index increase as was customary in the 1970s.

Interest rates on loans are now also tied to reference rates that vary according to the market situation.

In Kuoppamäe, inflation in Europe may also be boosted by rising fuel prices and the end of the temporary VAT cut in Germany.

Rising inflation too high, on the other hand, could lead the ECB to raise its key interest rate, which would also raise short-term Euribor rates on mortgages.

- On the other hand, we have been here in a situation where an increase in prices is absolutely necessary.

It has been pressed with too low rather than too high inflation, Kuoppamäki says.

- There is still a long way to go before inflation rises to a higher level over a longer period of time and the ECB needs to do something about it.

Rather, this will facilitate the ECB's task if inflation rises even slightly closer to their target.

According to Jan von Gerich, Nordea's chief analyst, it will be a long time before loan interest rates start to rise in Europe. Photo: Markku Ulander

Von Gerich thinks that it will not be time for the ECB to raise interest rates yet.

"The rise in short-term interest rates depends primarily on the development of the European economy and when inflation starts here," says von Gerich.

- It can be said that the US support package will also increase upside risks in the euro area, and may bring forward the timing of interest rate rises, but yes the impact will be much smaller than in the US.

The US Federal Reserve is expected to raise short-term interest rates as early as next year.

- Yes, in the euro area, interest rates will rise much further in the future, von Gerich estimates.