According to the preliminary official final result, the SPD of Prime Minister Malu Dreyer clearly won the state election in Rhineland-Palatinate. Accordingly, it came to 35.7 percent of the vote. The CDU ended up well behind. All developments in the live ticker. 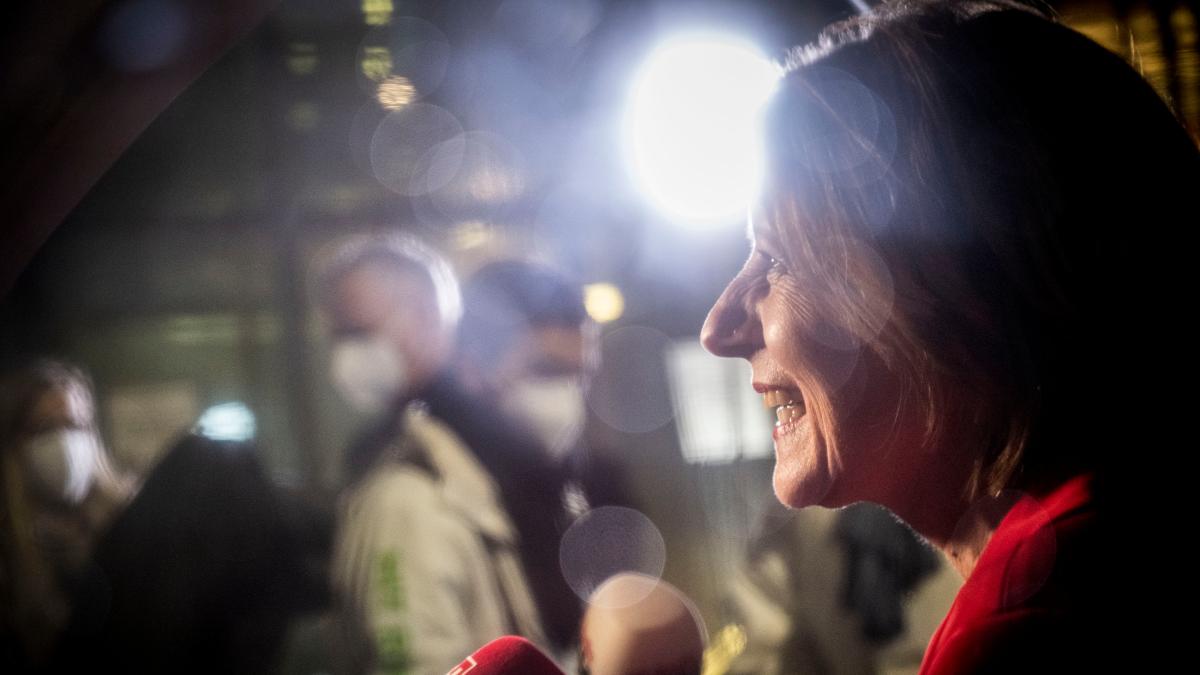 Without any significant losses compared to 2016, the SPD around Prime Minister Malu Dreyer won the state election in Rhineland-Palatinate with 35.7 percent of the vote.

According to the preliminary official final result, the CDU around top candidate Christian Baldauf took second place in the polls on Sunday with a historic low of 27.2 percent.

Five years ago the SPD had won 36.2 percent of the vote, the CDU had already reached a low of 31.8 percent.

For the first time in the Mainz state parliament on Sunday the free voters were able to win with 5.4 percent of the vote, while the left failed again because of the five percent hurdle.

The SPD has 39 seats in the new state parliament and the CDU 31 seats.

The Greens have ten seats, the AfD nine and the FDP and Free Voters each have six seats.

Dreyer's previously ruling traffic light coalition with the Greens and the FDP could continue their work with 54 out of 101 seats.

The proportion of postal voters was around 66 percent and was more than twice as high as in the 2016 election, when just under 31 percent had voted in this way, as the election management explained.

Baden-Württemberg: All results and graphics at a glance.

Rhineland-Palatinate: Results and graphics of the state elections