Scheuer wants the end of the fossil combustion engine by 2035

Transport Minister Scheuer wants an end to the combustion engine by 2035 - for those engines that are powered by fossil fuel. He sees synthetic fuels on the other hand. 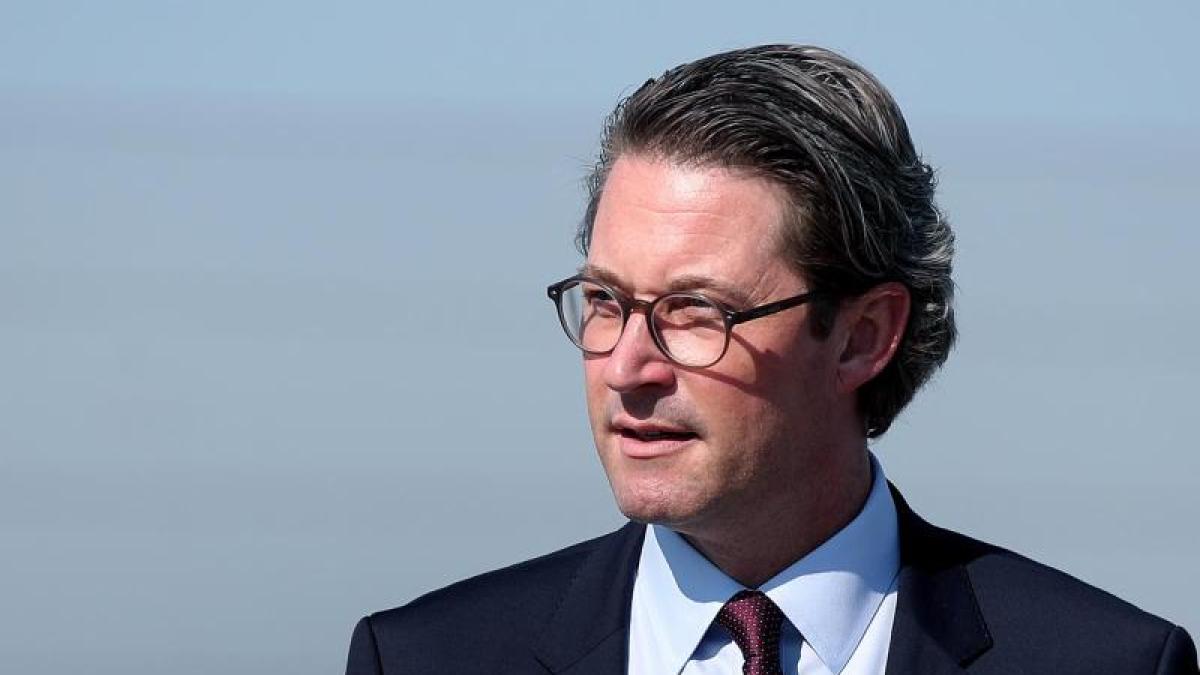 Berlin (dpa) - According to Transport Minister Andreas Scheuer, cars with internal combustion engines will only be on the streets from 2035 if they are powered by synthetic fuels.

The classic combustion engine, which is powered by fossil fuels such as gasoline and diesel, should be phased out within the next 15 years, said the CSU politician of "Welt am Sonntag".

The combustion engine is not completely finished, said Scheuer, referring to synthetic fuels.

"In order to lead the technology of the combustion engine, which is highly developed in Germany, into the future, the synthetic fuels have to get out of the test tube and into mass production," said Scheuer.

According to the minister, pressure from the legislature is needed to make them competitive.

"We have to remain open to technology and at the same time continue to impose strict climate protection requirements so that there are incentives to use the next 15 years to develop competitive, clean fuels for combustion engines," said Scheuer.

Greenpeace traffic expert Benjamin Stephan described Scheuer's idea of ​​“a clean future for the internal combustion engine” as “highly dangerous”, both for climate protection and for the auto industry.

An e-car with a battery can travel at least five times as far with the same amount of electricity as a combustion engine with electricity-based fuel.

Such outrageous waste makes electricity-based fuels far too expensive to run cars in the long term. "

The internal combustion engine has no future, no matter what it is operated with.

He demanded an expiry date for all internal combustion engines from the federal government.

Politicians such as CSU chief Markus Söder and Baden-Württemberg's Prime Minister Winfried Kretschmann (Greens) had already spoken out in favor of phasing out fossil-fuel cars by 2035 in the autumn of last year.

According to an earlier assessment of the auto expert Ferdinand Dudenhöffer, a fixed date would make the exit predictable for manufacturers and energy suppliers.

Numerous other car countries such as Japan, Great Britain, France, Spain or Canada have already set end dates between 2030 and 2040 for combustion technology.

Minister Scheuer also spoke out against a short-term tightening of the exhaust gas regulations by the EU within the framework of the Euro 7 standard.

"The Ministry of Transport will take a very negative position in the Euro 7 debate," he announced.

"We should concentrate on the existing emissions regulations and not have a debate about even stricter requirements."

The limit values ​​would have to remain technically feasible.

The EU Commission wants to propose ambitious new pollutant limit values ​​in a Euro 7 standard for cars and vans at the end of 2021.

EU Commission vice Frans Timmermans told the “Tagesspiegel am Sonntag” that he was aware that there was “a lot of resistance in the automotive industry” with regard to the planned new standard.

According to him, in the past it was regularly said from the industry that new specifications for limit values ​​were impossible.

“And yet, just this past year, we saw that the automotive industry made it after all,” said Timmermans.