For 18 games, the MHP Riesen Ludwigsburg won the basketball Bundesliga. Against Crailsheim it is now a defeat. Alba Berlin and Bayern Munich show no nakedness. 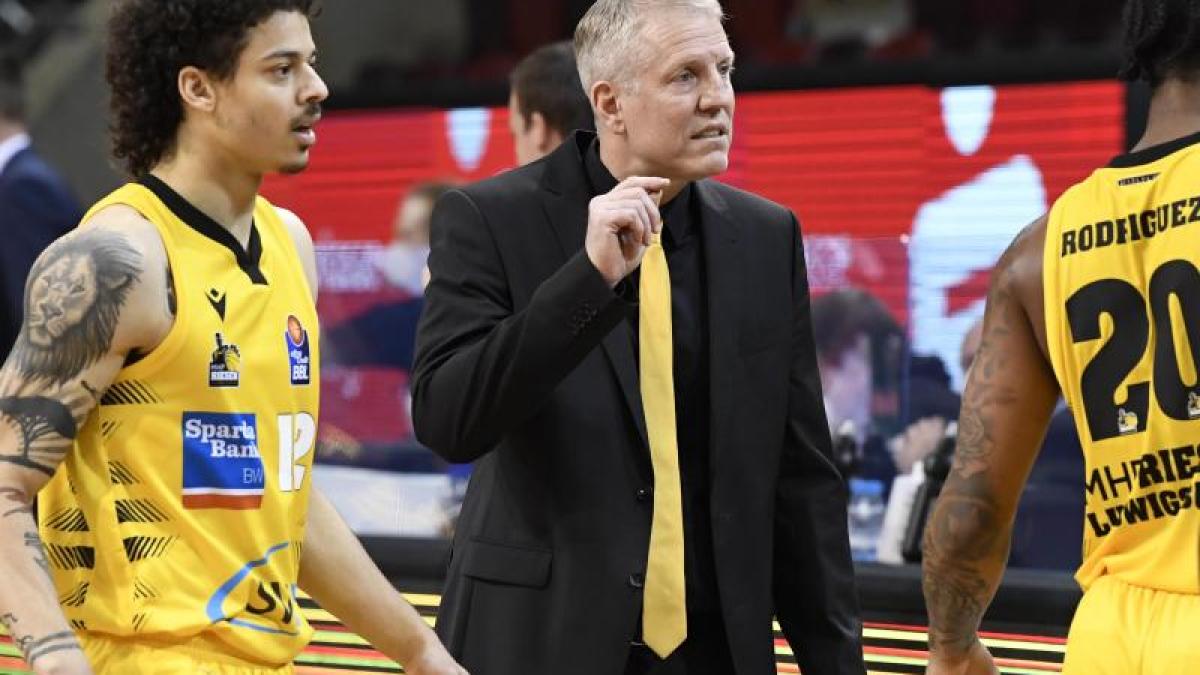 Crailsheim (dpa) - After an impressive 18 victories in a row, the MHP Riesen Ludwigsburg have again conceded a defeat in the basketball Bundesliga.

The front runner was defeated by Hakro Merlins Crailsheim on Sunday away with 58:68 (26:40).

We fought back well in the second half, but unfortunately it wasn't enough, ”said Ludwigsburg's Lukas Herzog after the game at“ Magentasport ”.

With a total of 20 successes, the runner-up remains at the top of the table, the hosts consolidated a playoff place with their 17th victory.

The best throwers were Crailsheim's Maurice Stuckey and the Ludwigsburg Jordan Hulls with 17 points each.

The giants got off to a good start and won the first quarter with 18:14.

From the second section onwards, the Ludwigsburgs didn't succeed much on the offensive, the Merlins now presented themselves stronger and, for their part, went into halftime with a clear 14-point lead.

Coach John Patrick's team fought their way back to six points in the fourth quarter, but ultimately had to admit defeat, deservedly.

The Euroleague participants Alba Berlin and Bayern Munich remain the first pursuers of the Ludwigsburg with 18 wins each.

Master Alba had no problems with the BG Göttingen and clearly defeated the Lower Saxony with 89:58 (40:30).

The Upper Franconians prevailed on Saturday evening with just 86:82 at the Telekom Baskets Bonn and took their eleventh win of the season.

The Towers gave the Syntainics MBC Weißenfels no chance at 105: 78 and also have eleven wins.

Fraport Frankfurt decided the Hessen derby against the Jobstairs Gießen 46ers with 82:79 and remained in the table as ninth with ten successes at Bamberg and Hamburg.