First report | After listening to the general secretary, I will do this in the next five years

Xinhua News Agency, Beijing, March 13th   The "14th Five-Year Plan" is fully launched. How should we plan our lives in the next five years?   At the two sessions this year, Xi Jinping, General Secretary of the CPC Central Committee, President of the State, and Chairman of the Central Military Commission made a series of important expositions on China's future development. He pointed out that " 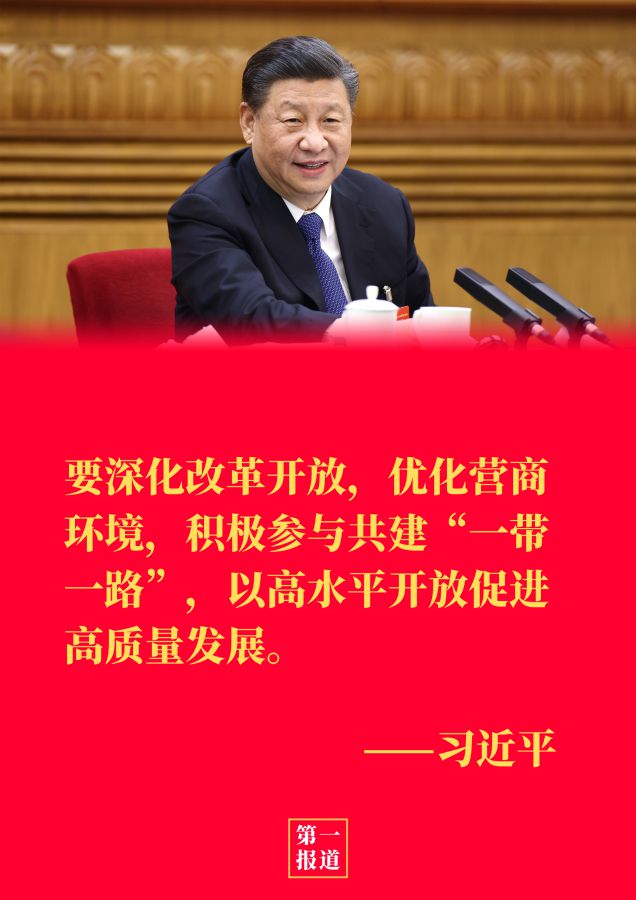 How should we plan our lives in the next five years?

At the two sessions this year, Xi Jinping, General Secretary of the CPC Central Committee, President of the State, and Chairman of the Central Military Commission made a series of important expositions on China's future development.

He pointed out that

China's promotion of high-quality development has provided guidance and incentives for many employees of Chinese-funded institutions, overseas students, and foreign aid personnel who are far abroad to plan their own development in the "next five years".

Let's see what they say-

Drawing up a new blueprint for development

The "Belt and Road" is a broad road for China and all parties to achieve common development and prosperity.

When Xi Jinping participated in the deliberations of the Inner Mongolia delegation at the Fourth Session of the 13th National People's Congress where he was,

The Laozhong Company is mainly responsible for the construction and operation of the China-Laos railway.

In March 2018, Xiao Qianwen was dispatched to work in Laos by the China National Railway Group. It has been three years since then.

Looking forward to the next five years, he hopes to build Laos and China into a leading and world-renowned modern enterprise in Laos.

He has been involved in the construction of the China-Pakistan Economic Corridor for 7 and a half years.

The China-Pakistan Economic Corridor is a landmark project of the “Belt and Road”. China Road and Bridge has participated in two key projects-China-Pakistan Karakoram Highway Phase II Project and Lasakai Special Economic Zone.

"On the basis of the existing work of the company, such as rural road network transformation, orphanage donations, and foreign student subsidies, we strive to bring more benefits to local people and demonstrate the responsibility of responsible central enterprises." Yu Fengming said.

Aspiration is on the journey

Youth is the future of the motherland and the hope of the nation.

Xi Jinping cares about the growth of young people. Every time a group of the two organizations participates in deliberations and discussions, they demand that the foundation of youth growth be built and the future of youth development is planned.

When attending the Qinghai delegation’s deliberations at the Fourth Session of the 13th National People’s Congress, he emphasized this way:

Wei Yutong, a "post-00" girl who is studying abroad at University College London in the UK, said——

Complete a doctoral degree in a scientific field that you like, strive to have your own research topics at the doctoral level, strive to enter the frontier of the professional field, and contribute to the motherland's scientific and technological innovation... When it comes to his five-year plan, Wei Yutong has clear goals and full confidence full.

"The new era provides opportunities for the development of our young people, but also brings new challenges. We must be ambitious and down-to-earth, to contribute our youth to the great rejuvenation of the Chinese nation, and to achieve personal dreams at the same time." Wei Yutong said.

In southern Lebanon, 32-year-old Yang Zhongyun is on a peacekeeping mission.

The deputy chief of the political work unit of the 19th batch of Chinese multifunctional engineering units for peacekeeping in Lebanon has led the team to carry out tasks such as mine clearance and detonation and maintenance of the "Blue Line" channel, and is planning to carry out ideological and political education and cultural exchanges with foreign countries.

"The 14th Five-Year Plan emphasizes the maintenance of the international system with the United Nations as the core. Participating in UN peacekeeping operations is an important manifestation of China's support for the cause of the United Nations." Yang Zhongyun said, "I am deeply proud of myself as a peacekeeper."

Pakistani guy Moaz Awan has been studying and living in China for 10 years and is currently a PhD candidate at Tianjin University.

Awan said that his five-year plan is closely linked to China’s development and China-Pakistan friendship.

Forge ahead with the people in mind

To take the road of high-quality development, we must adhere to the people-centered development philosophy.

Xi Jinping gave important instructions when visiting members of the medical and health circles and education circles who participated in the fourth session of the 13th CPPCC National Committee and participating in the joint meeting.

In January this year, he and 41 teammates set off from Xi'an, Shaanxi, to the distant African continent.

Dai Wenxue said that as a member of the Chinese Foreign Aid Medical Team, he is very honored to be able to undertake and experience this national mission and contribute to building a human health community and consolidating China-Africa friendly cooperative relations.

I will work hard with my colleagues and be a good "practitioner of the national mission".

After listening to Xi Jinping’s important expositions on education and women’s cause, Peng Yi, the Chinese Dean of the Confucius Institute at the University of Johannesburg, South Africa, was deeply moved.

Peng Yi’s five-year plan is detailed and detailed: first, it must serve the national strategies of the two countries and serve the economic and social development of South Africa; second, it must integrate online and offline teaching to meet the rapidly growing demand for Chinese learning; third, it must carry out training for different disciplines; It is necessary to use the African-Chinese Studies Center of the University of Johannesburg to promote high-level humanities exchanges.

In the next five years, Peng Yi hopes to cultivate more talents for South Africa who love Chinese culture and embrace China's development, and contribute to the promotion of cultural exchanges, mutual learning between civilizations, and friendly cooperation between China and Africa.

In the next five years, Yu Hua hopes to lead and rely on overseas Chinese and Chinese-funded enterprises in Georgia to complete the existing project contracts with high quality and quantity, and promote the economic and trade cooperation, cultural and people-to-people exchanges between the two countries to a higher level.