Disturbing numbers for royalists ... Did the referees deliberately not award penalties to Real Madrid?

Once again, Real Madrid's protests escalated over the failure to award a penalty during Saturday's clash with Elche in the Spanish League. 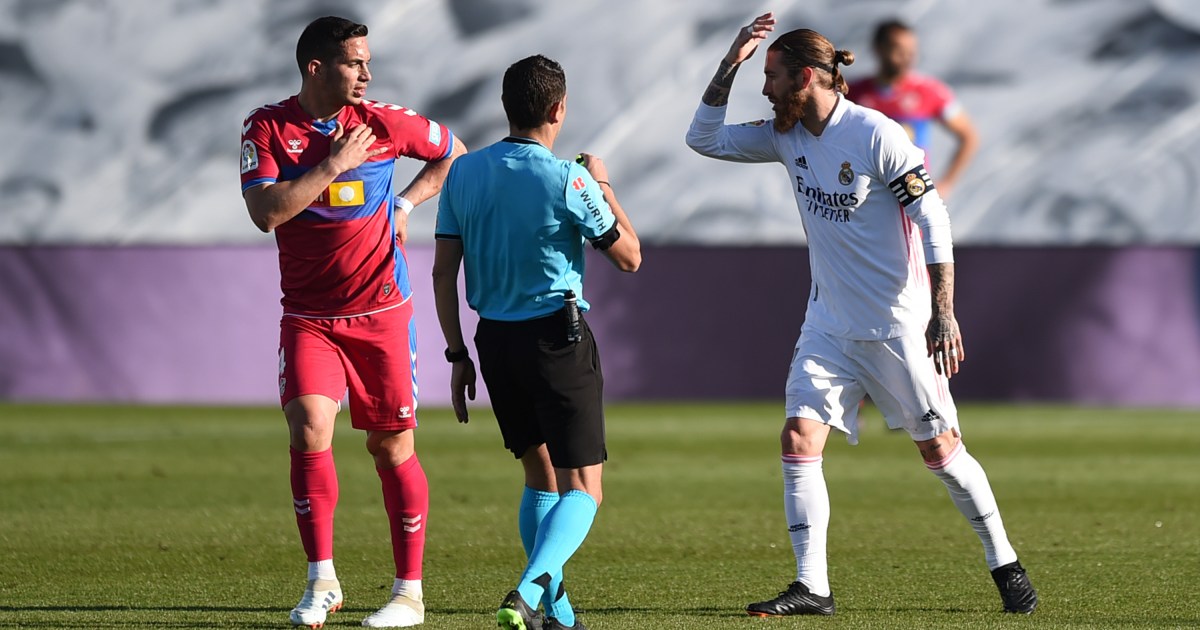 Once again, Real Madrid's protests escalated over the failure to award a penalty during Saturday's clash with Elche in the Spanish League.

Returning captain Sergio Ramos demanded a penalty kick in the 53rd minute of the match after friction with Marconi, Elche's defender, and audio clips published by Spanish websites showed Ramos complaining to the referee, Figueroa Vasquez, saying, "This is a miracle because he did not break my arm, please watch the shot; it is a clear penalty kick." ".

However, the referee refused to respond to Ramos' request, and he continued playing after calculating a violation against Real Madrid, considering that Ramos had made a mistake first before he was interfered by an Elche defender.

Ramos was certain the referee would award a penalty in #RealMadridElche 😳

This shot renewed the talk in the press close to Real Madrid about what it describes as the arbitration injustice that the royal club is exposed to in the Spanish League.

The newspaper "Marca" (MARCA) said that Real Madrid's last penalty kick was due to the El Clásico match against rivals Barcelona last October.

Since then, in 21 league matches, Real Madrid have not benefited from a penalty kick, and 7 kicks have been awarded against them.

The newspaper said that Real Madrid, Huesca, Kadesh, Elche and Osasuna are the teams that have benefited the least from penalty kicks in the Spanish League this season, with only two penalties for each team.

She indicated that only 5 teams in the five major leagues got fewer penalties than Real Madrid, namely Bordeaux and Rennes of France, Burnley of England, Genoa of Italy and German Armenia.