Dresden: “Think outside the box” demonstrators march in Dresden despite the ban

The demo by Corona critics of the "lateral thinking" movement was prohibited. The legal tug-of-war is not yet over, the organizers want to submit urgent applications. The police in Saxony also apparently expects spontaneous gatherings. 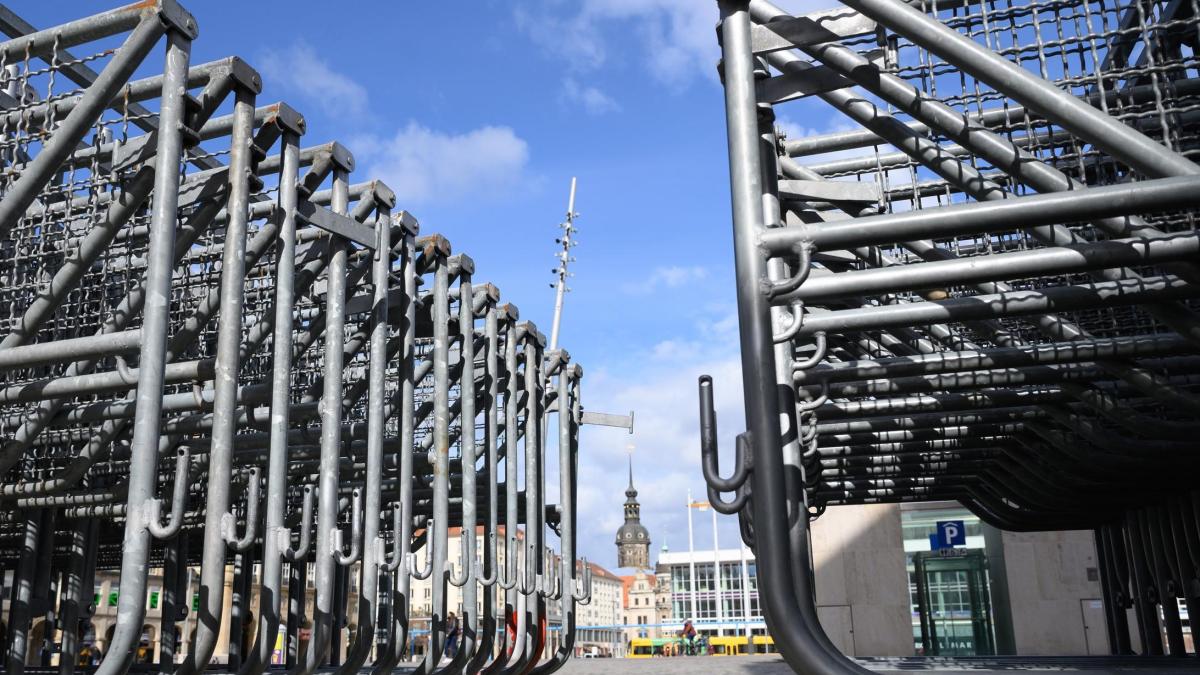 The officials apparently assume that opponents of the Corona measures are mobilizing a kind of demo "replacement" in Dresden: After the ban on the "lateral thinking" demonstration, the police in the Saxon state capital are preparing for a large-scale operation.

"Our task is to enforce the ban on gatherings with all consistency," said a police spokesman on Saturday morning on request.

In addition, it is about monitoring compliance with the corona rules, said the police spokesman.

According to the police, there are several reported demonstrations in the downtown area, and several car parades have been registered.

The first had set off on Saturday morning with around 30 vehicles from Löbau - accompanied by the police.

"For us it remains a great effort." The officers in Dresden are supported by forces from the Saxon riot police and by police officers from North Rhine-Westphalia.

Dresden relied on the Infection Protection Act for the ban

The Dresden Administrative Court had already confirmed the ban imposed by the city the day before on Friday.

The appeal against the decision of the administrative court was unsuccessful.

The decision of the Higher Administrative Court is final.

Dresden had based the ban on the Infection Protection Act.

Accordingly, gatherings can be restricted or prohibited for reasons of infection protection.

In addition, the city relied on Saxony's assembly law.

It says that rallies can be made conditional or prohibited if this directly endangers public safety or order.

The Higher Administrative Court has now followed this.

When asked, "lateral thinking" organizer Marcus Fuchs announced that he wanted to submit a hearing notice to the Higher Administrative Court.

This legal remedy - also known as a hearing complaint - aims to ensure that the proceedings are continued.

According to Fuchs, the judges at the Higher Administrative Court did not appreciate the demo registrants' point of view.

Fuchs also did not rule out going to the Federal Constitutional Court (BVerfG) in Karlsruhe.

On December 12, 2020, the Federal Constitutional Court rejected a corresponding urgent application by the applicant in the case of a prohibited “lateral thinking” rally in Dresden.

“Dresden free of the Nazis” also calls for protest

The initiative “lateral thinking 351” initially announced a gathering with 3000 people on the Königsufer for Saturday, later the forecast for the number of participants was increased to 5000.

It should be part of a nationwide campaign of the initiative against the Corona protective measures under the motto "One year of lockdown policy - it's enough!"

Counter-protests to the "lateral thinkers" are still planned: For example, the alliance "Dresden Nazifrei" and the Green Youth are calling for a rally on the Königsufer at noon.