On Friday morning, the Court of Appeal's ruling came against the two men who had previously been sentenced to life in prison for the murder of a couple in Vallentuna north of Stockholm. One of the convicted men is now acquitted of the murder of the woman while the other man is convicted of both murders. 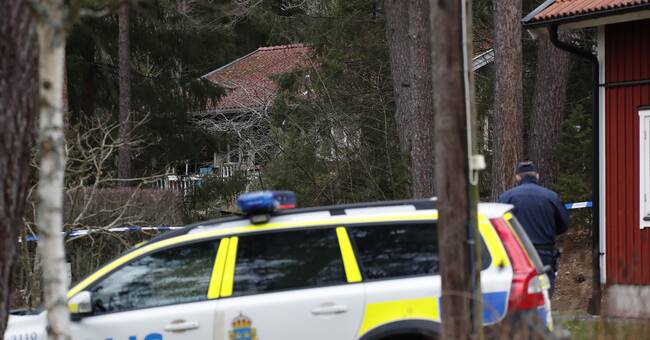 It was in January last year that the couple was found dead in their home in Vallentuna north of Stockholm.

Police suspected early on that two men, 26 and 28 years old respectively, were involved in the robbery.

During police questioning, the men admitted that they robbed the couple in their home, but both blamed each other for the suspected murders.

- We sentence one of the defendants for both murders to life imprisonment, says Peter Olivecrona, judge in Svea Court of Appeal.

Both were sentenced to life

In the district court, both men were sentenced to life imprisonment for the robbery of the woman.

The court considered that it had been proven that they had killed the woman together and in concert, but no one could be convicted of the murder of the man.

Now the Svea Court of Appeal tears up one of the judges and acquits the convicted 26-year-old of the murder.

He is sentenced instead of robbery of the normal degree to four years in prison and the 28-year-old is sentenced to life in prison - for both murders.

The Court of Appeal disagrees

Already at the beginning of the week, the Court of Appeal decided to release the 26-year-old man from custody and it was interpreted by prosecutor Jenny Karlsson as meaning that the man would not be convicted of murder in the Court of Appeal.

Peter Olivecrona tells SVT that the Court of Appeal disagreed regarding the 26-year-old's verdict.

- Two out of five members wanted to sentence the 26-year-old to life imprisonment, he says.

Two people have been found dead in a villa in Vallentuna outside Stockholm.

Police suspect they have been murdered.