For the first time, the Mars rover “Perseverance” tried out its laser and transmitted data. This should allow conclusions to be drawn about the structure and hardness of the rock. 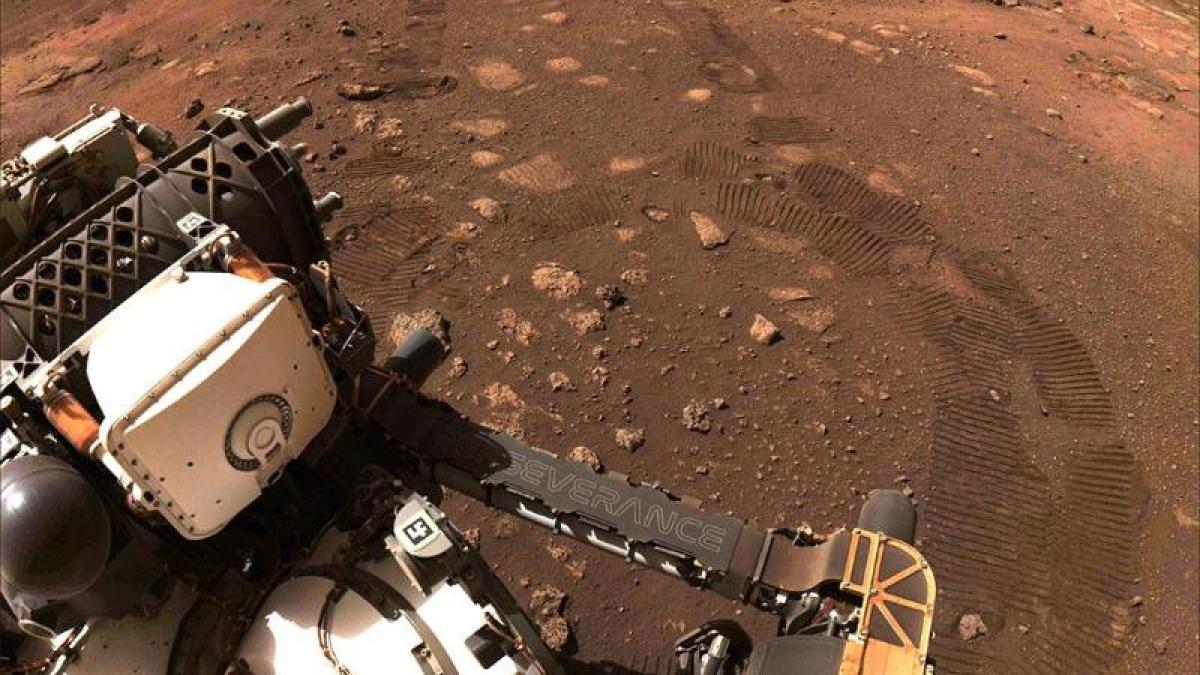 New York (dpa) - The Mars rover "Perseverance" tried out its laser for the first time and also sent sound recordings of it.

The so-called “SuperCam”, a scientific instrument with which the robot can examine rocks on Mars, has transmitted the first data to Earth, announced the NASA researchers.

This shows that the condition of the approximately 5.6 kilogram device, which is attached to the top of the rover's mast, is very good.

The instrument had also sent several sound recordings, on which one could hear, among other things, how it fired its laser 30 times at a stone about three meters away.

These are the first sound recordings of this kind from Mars.

From the differences in the volume of the various laser shots, conclusions can be drawn about the structure and hardness of the rock, it said.

“Perseverance”, weighing around 1,000 kilograms and the size of a small car, was touched down on February 18 after 203 days of flight with a risky maneuver in a dry lake on Mars.

The rover will examine this lake with a diameter of around 45 kilometers over the next two years.

The robot is currently still checking the status of its devices - and has already successfully completed its first test drive.

Development and construction of the approximately 2.5 billion dollars (about 2.2 billion euros) vehicle had taken eight years.

Its mission is to search for traces of previous microbial life on Mars and to study the planet's climate and geology.