ECB: No change in the anti-crisis course for the time being

The corona pandemic still has Europe under control. The ECB remains on alert and wants to accelerate its multi-billion dollar bond purchases. 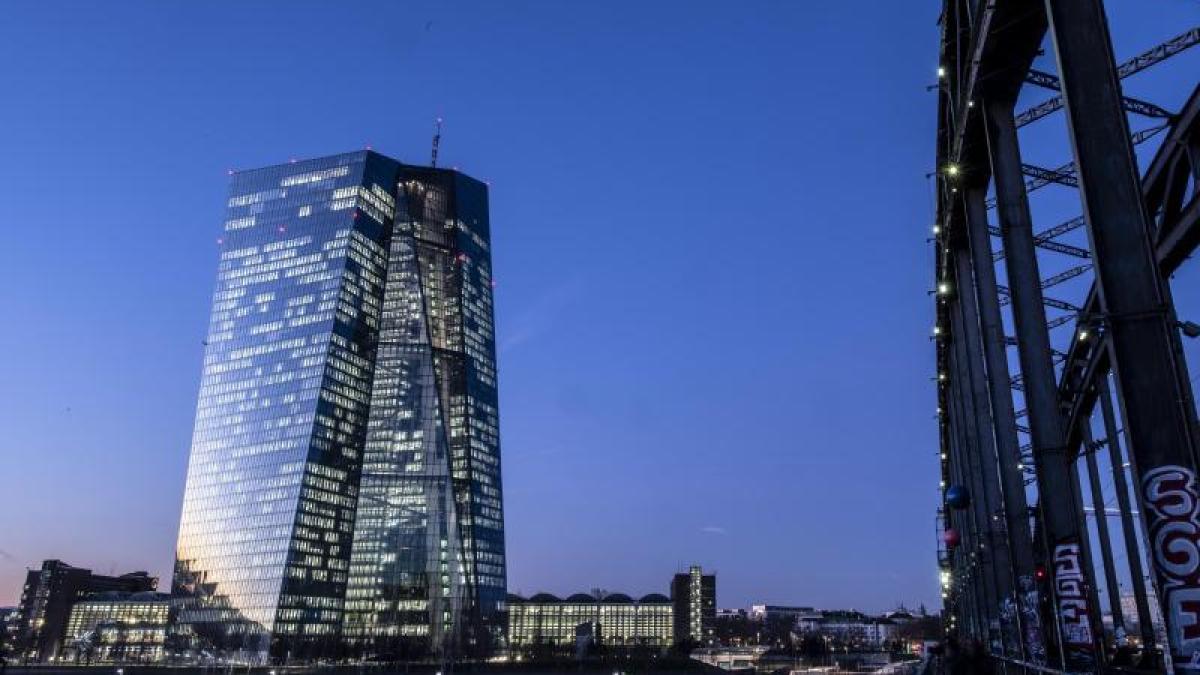 Initially, both the billion-dollar emergency purchase program for bonds and interest rates will remain unchanged, as decided by the ECB Council in Frankfurt.

Economists hadn't expected a change in monetary policy at the time, although higher bond yields were a cause for concern.

However, the monetary authorities want to significantly accelerate bond purchases in the second quarter.

The central bank is therefore closely monitoring the development of long-term bond yields.

These had risen as some investors are expecting inflation to rise in the face of multi-billion dollar economic stimulus programs from governments and the flood of money from central banks during the pandemic.

As in January, the annual inflation rate in the euro area was 0.9 percent in February.

In December consumer prices were still 0.3 percent lower than in the same month last year.

Whether the jump at the beginning of the year indicates a permanent rise in inflation is controversial.

The ECB is aiming for a rate of just under two percent in the medium term.

This goal has not been achieved for years.

In terms of interest rates, the rate also remained unchanged: the key interest rate in the euro area was kept at a record low of zero percent.

Commercial banks still have to pay 0.5 percent interest when they park money at the central bank.

Exemptions for certain sums are intended to relieve the institutes of the costs.

It was only in mid-December that the monetary authorities increased their particularly flexible Corona emergency purchase program for government bonds and company securities (Pandemic Emergency Purchase Program / PEPP) by EUR 500 billion to EUR 1.85 trillion.

The minimum duration of the program was extended to the end of March 2022.

The purchases help states and companies alike: they do not have to offer such high interest rates for their securities if a central bank is a big buyer in the market.

This is particularly important for states because during the Corona crisis they launched rescue programs worth billions that need to be financed.

The Corona emergency purchase program is encountering resistance from critics of the ECB's monetary policy.

A group of entrepreneurs and professors around the Berlin financial scientist Markus Kerber complains against it in Karlsruhe.

The constitutional complaint was received on Monday, as a spokesman for the Federal Constitutional Court said on Thursday (Az. 2 BvR 420/21).

Kerber told the "world" that with the emergency aid program, the central bank was finally breaking out of its competence framework.

Because of the emergency purchase program, an organ complaint by the AfD parliamentary group in Karlsruhe is pending.

Back then, it was about trillion-dollar purchases started in 2015 to stimulate inflation and the economy.