Boris Johnson would just like to be quiet about the court noise. But it may soon be impossible for the Prime Minister, writes Special Editor Seppo Varjus. 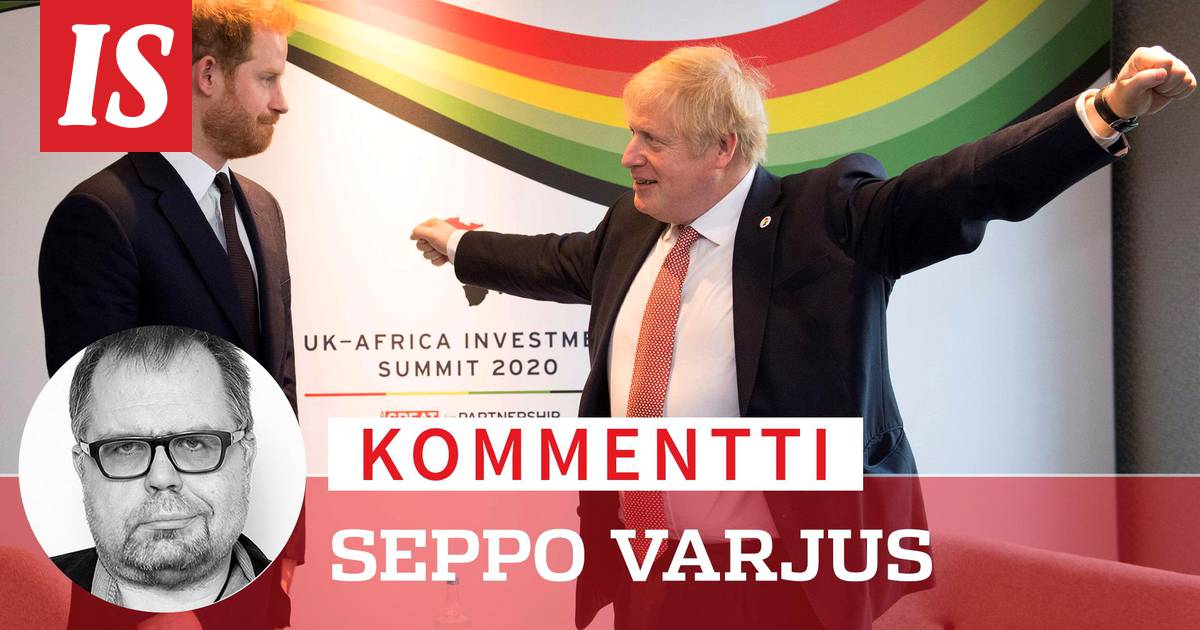 The latest uproar in the British court is raging.

The court has suddenly become a battlefield of the International Cultural War.

Their positions are chosen by people who are not otherwise interested in the royals.

For once, the Prime Minister is trying to be so that no one would notice his existence.

Boris Johnson has so far agreed to say on the matter that he “admires the Queen greatly”.

At a news conference on Monday, he stressed that his line was that he would not comment on the royal family’s affairs.

This is what the British prime ministers have been trying for decades.

You should take a stand soon

In the case of Harry and Meghan, the wall of Johnson’s silence is broken by the fact that one has suddenly jumped from the court’s daily quarrels to accusations of racism.

Nor is the allegation that Meghan was denied the mental health care he wanted to be very serious in today’s world.

We are now talking about issues that fall within the scope of politics.

And on political issues, the prime minister cannot be endlessly silent.

Labor leader Keir Starmer has insisted that Harry and Meghan’s claims should be taken seriously.

The prime minister should respond when the opposition presses on.

The parents are on the royal side.

When you bow to one, you bump into another.

Johnson is also bound by Prince Philip's state of health.

The grief news may come soon.

The Prime Minister should not be caught hands in the dispute over the Royal House at that moment.

He would also have worries about himself.

The crown situation in Britain is still bad.

The rationale for removing restrictions is disputed.

The economic effects are starting to fall on reality.

Necessary harsh restrictions have been a death trap for small businesses.

The economic devastation brought by the coronavirus is mixed with the effects of brexit.

Johnson’s luck is that these mix.

His biggest political achievement, the EU difference, is not questioned.

But tough men are going to do that.

Protestant militants in Northern Ireland are outraged by the customs border that has risen into the Irish Sea.

They threaten to scrap the Northern Ireland Peace Treaty.

It does not mean a direct return to violence and civil war.

But there is a possibility.

Boris Johnson has a full job of keeping the palette together.

He wouldn't have to worry about his neck yet.

Not just a British scandal

Johnson will also have to assess the situation from the point of view of the British exterior.

Meghan’s story has aroused sympathy in her home country of the United States.

Harry and Meghan are seen fleeing from there driven by a dull and reactionary British court.

However, the United States is home to a cultural war.

Radical Conservatives have taken Meghan as their target.

According to Politico, Britain's reputation is also in danger in Africa.

As late as the mid-20th century, the British ruled much of the continent.

In her youth, Queen Elizabeth became familiar to many people on the continent.

When Meghan was taken to court, this opened up good opportunities for the British in public relations in Africa.

Soft power is needed as the continent’s riches compete again.

Now the main opponent is not the European powers but China.

Allegations of racism shatter the image of a renewed and multicultural Britain.

Even at the time of Diana’s death, the court of Kohut might have passed overnight from Africans who had more to do in their tough lives than watching television.

Now the news is being followed on the screens of mobile phones in African countries as well.

They do not promote Britain’s reputation anywhere in the world.