Ok of the Chamber, the plan goes with 220 yes of the dem. The federal deficit exceeds 1 trillion in 5 months 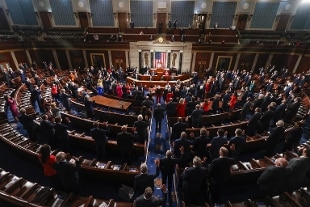 It is one of the largest aid packages in American history, joining two others previously approved to combat the effects of the pandemic.

The plan was approved with 220 yes.

All the Democrats in favor, except one, who joined the 210 no of the Republicans (one of them did not vote).

The maneuver did not collect a vote of support from the opposition in either of the two houses of Parliament.

The US federal deficit exceeded $ 1 trillion for the first five months of the fiscal year that began in October.

The red for the month of February alone rose to 310.9 billion compared to 235.3 billion in the same month of 2020, pushing the deficit of the first five months of the year to 1,050 billion.