In this way, the chain crash quickly escalated into a giant car of 88 cars in Espoo - the police tell how the crash could have been avoided

According to police, more than ten people were injured in the accident. One seriously injured was taken to Töölö Hospital for treatment. 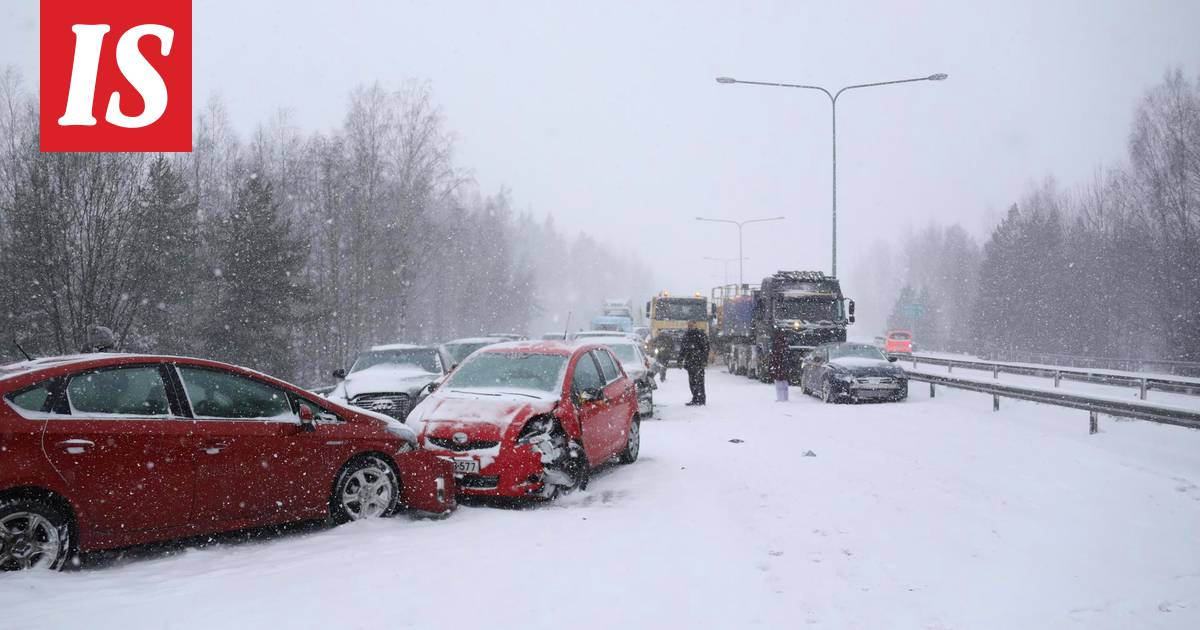 A total of 88 vehicles were involved in the chain crashes on the Turunväylä in Espoo yesterday afternoon, says the Länsi-Uusimaa police.

According to police, more than ten people were injured in the accident.

One seriously injured was taken to Töölö Hospital for treatment.

The lanes in each direction had their own chain crashes.

Trucks and other heavy equipment were also involved in the accident.

Yesterday, driving conditions were exceptionally poor in much of southern and western Finland due to snowfall and dusty snow.

There were several chain crashes in the Helsinki metropolitan area.

Police are investigating the causes of the accidents.

The titles of the investigation are endangering traffic safety and, in some cases, injury.

The investigation is likely to take a few months due to the large number of participants.

The crash occurred at 1.30 pm between the Ring Road III and Tuomarila junctions, and a rapid avalanche of events began.

Police say that after the chain crash, the motorist driving in the direction of Turku had slowed down considerably, when the ambulance on its way to the first crash site had collided with a slowed-down car.

Next, the heavy vehicle combination steered toward the center railing to avoid colliding with the sides of the crash.

- The vehicle combination continued through the handrail so that the front end of the tractor ended up in the lane to Helsinki and the trailer was partially left in the lane to Turku.

Other participants gathered at a steady pace, and the total number of participants on this side leading to Turku was 39 vehicles, says Commissioner Ilkka Kantola in a press release from the Western Uusimaa Police Department.

In addition, a police patrol car was involved when it arrived at the crash site.

As the police car began to slow down, another car drove after it.

- Slippery weather, snowfall and snow dusting from the road made driving challenging.

If these had been taken into account by dropping the driving speed considerably and increasing the distances between the vehicles, there would not have been very many participants, Kantola says in the press release.