On Wednesday, the verdict came against the people who have been involved in a major drug scandal on Gotland. Eight people receive suspended sentences for buying cocaine. 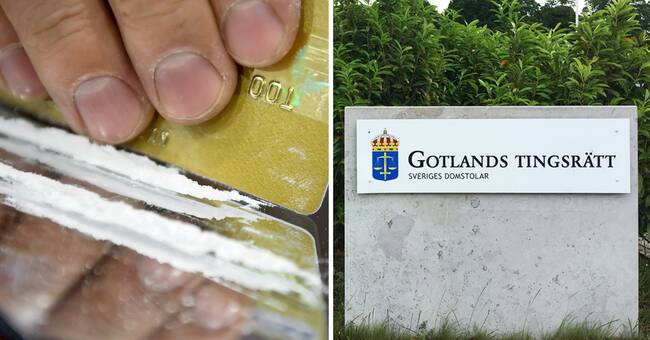 It was in May 2017 that the police started a preliminary investigation due to suspicions that there was trafficking in cocaine at various restaurants in Visby.

Four people were arrested in the spring of 2017, suspected of having sold the drug.

However, they were later released, but despite being prosecuted, the trial against them has not yet been completed.

This is because they have been abroad.

Several people are suspected of having mainly bought cocaine from the four men, but in only eight cases has the prosecutor chosen to prosecute.

The eight, who have admitted in police interrogation, are now convicted of drug crimes.

The penalty for all will be a suspended sentence. This is because the Gotland District Court considers the risk of recidivism to be low, and that "The late prosecution and slow processing must be taken into account in such a way that no prison sentence is to be imposed."