BVB: Striker Erling Haaland thrilled in the Champions League round of 16

Even without fans it was a spectacle. Not only did striker Erling Haaland cause excitement at Borussia Dortmund's first quarter-finals since 2017, but also another curiosity in the history of video evidence. 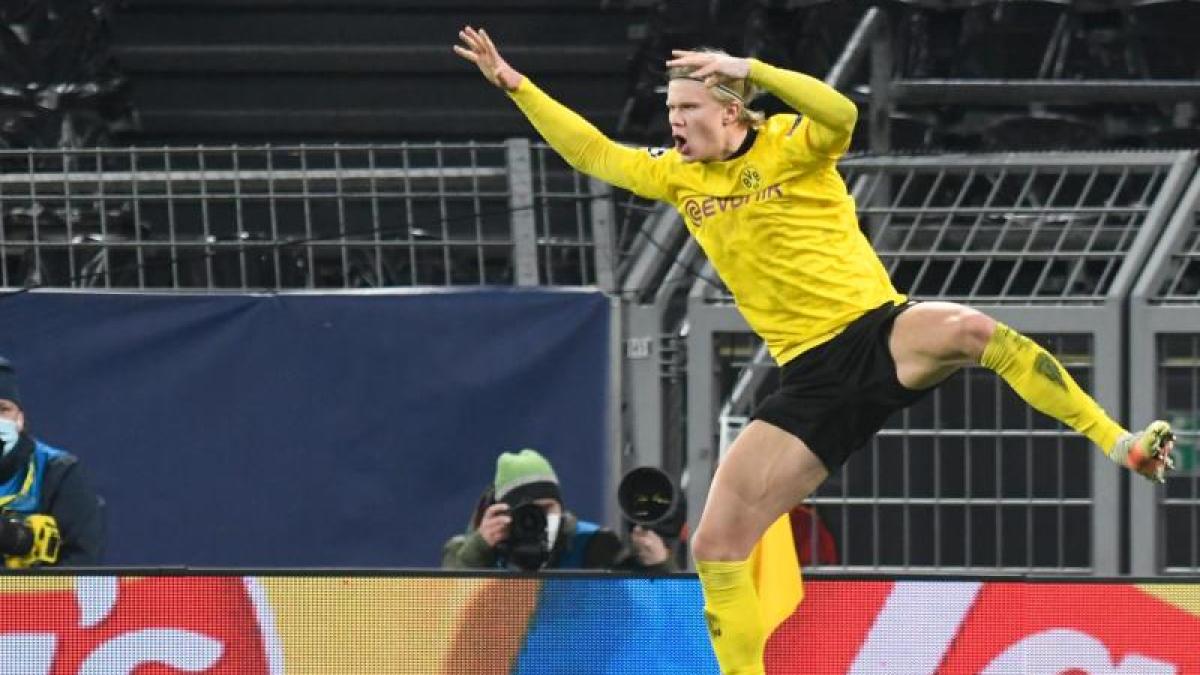 The 20-year-old exceptional striker also maintained his reputation as a Norwegian force of nature when BVB made it into the quarter-finals of the Champions League.

With his two goals to 2-2 (1-0) against Sevilla FC, he improved his unsurpassed rate to 20 goals in only 14 premier class games and was the first professional to hit twice in four consecutive appearances.

That makes us proud that he continues the record in our jersey, ”enthused coach Edin Terzic.

Even the opposing trainer commented on the new Haaland show with awe.

"He will shape an era," said Julen Lopetegui, whose team had already suffered two goals from the best Champions League shooter (10) of the current season in the 3-2 in the first leg three weeks earlier.

Not only Erling Haaland, but also referee Cüneyt Cakir caused a lot of excitement and enriched the story of the video evidence with another curiosity with his referee team.

The Turkish whistled Haaland's alleged 2-0 back and instead gave BVB a penalty for a foul three minutes earlier.

Haaland's penalty shot was saved by FC goalkeeper Yassine Bounou, but had left the goal line before the shot.

That's why the Norwegian got a second chance - and scored.

"I was a little nervous with the second penalty," admitted Haaland in the first TV interview on Sky.

Sebastian Kehl: "It was a great fight"

The fact that the strong Spaniards did not give up despite the 2-0 draw and that they were close to overtime after the goals by Youssef En-Nesyri (69./Foul penalty and 90. + 6) increased the entertainment value of the game.

“It was a great fight, great progress.

Coach Edin Terzic would have loved to spare himself the excitement of the dramatic stoppage time with passionately defending Dortmunders: “As a little boy, I had the big dream of growing old with football.

Now I feel like I'm getting old because of football. "