Why does Xi Jinping talk about history frequently in the "two sessions"? 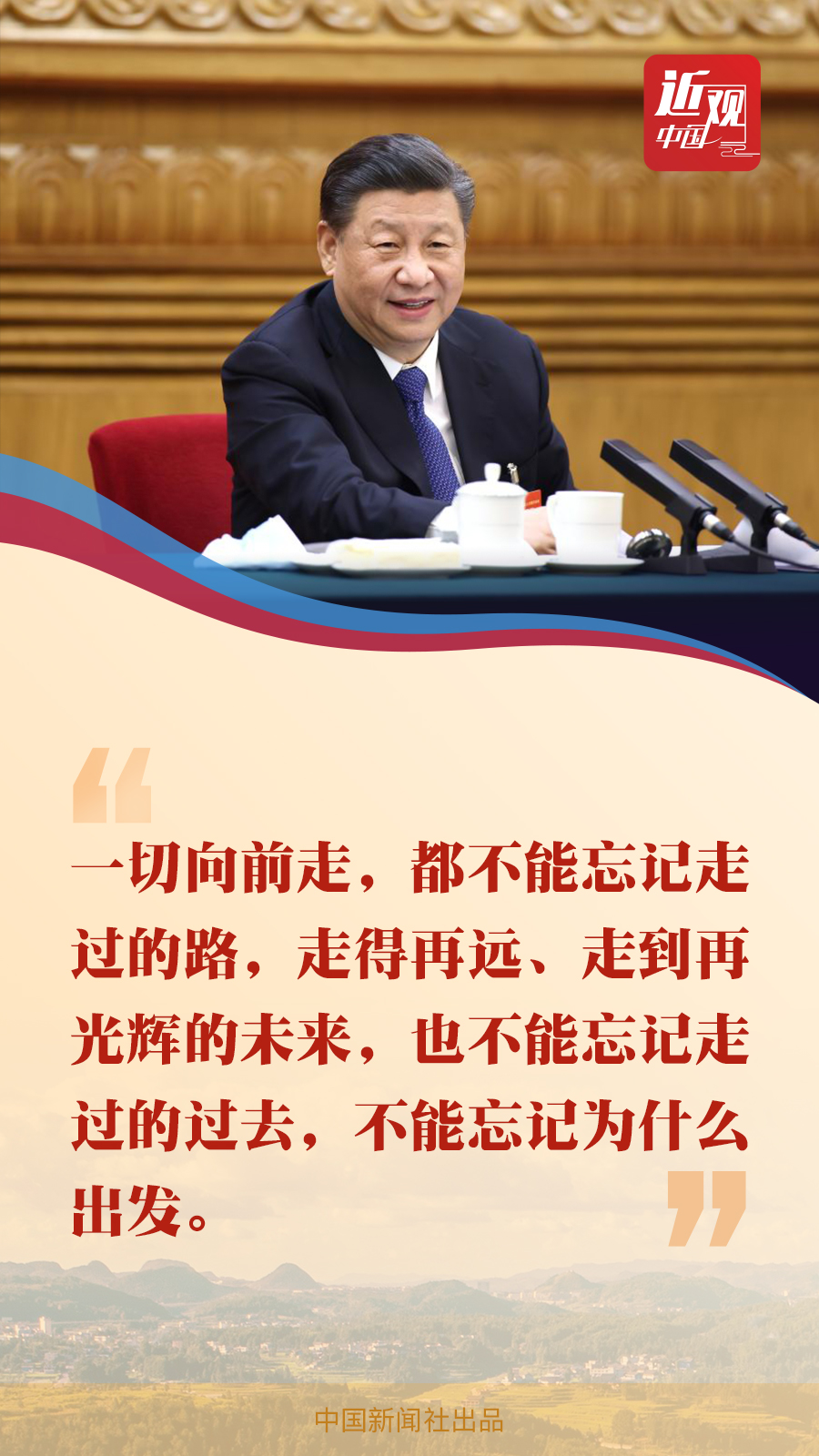 (A closer look at China) Why does Xi Jinping talk about history frequently during the "two sessions"?

The outside world has noticed that at the National Two Sessions this year, China’s top leader Xi Jinping frequently talked about history in the "two sessions and group time", expressing his feelings about the past and the past, revealing a strong sense of history——

The Inner Mongolia delegation talked about the two historical stories of "Working together to build Baotou Steel" and "Three thousand orphans entering Inner Mongolia", emphasizing the importance of learning history; participating in the CPPCC committee to review the thrilling history of the war epidemic in the past year, feeling the past and the present, It was pointed out that China’s handover of the world’s eye-catching answer sheet was “not just a momentary luck”; the Qinghai delegation recalled the scenes after the Yushu disaster more than ten years ago and praised the local development today, which achieved “three years of hard work and more than twenty years”...

In fact, Xi Jinping loves to read history books and pays attention to learning from history in the practice of governance and administration, which is already well known to the outside world.

However, this year Xi Jinping paid special attention to history and emphasized the study of history, which has its own special meaning.

2021 is a historic year for China: the first year of China’s 14th Five-Year Plan coincides with the 100th anniversary of the founding of the Communist Party of China, the 50th anniversary of China’s restoration of its legal seat in the United Nations, and the 20th anniversary of China’s accession to the WTO. ...... This special year that every hundred and ten years has a very special background-the world is undergoing major changes unseen in a century, and China is in the historical convergence period of two centenary goals.

Therefore, this year can be said to be an important moment for China to face the future, construct a sense of historical direction and clarify the sense of world position.

In the face of domestic and international opportunities and challenges, observing history and knowing the past, establishing a grand view of history, and scientifically applying historical thinking are regarded as the key method to clear the fog and continue to write about the Chinese miracle.

Before the National Two Sessions, Xi Jinping attended the Party History Study and Education Mobilization Conference, and regarded the study of history as the "first homework" for the CCP to a new starting point in its century-old history.

In fact, the historical thinking of observing history and knowing the past is an important way of thinking that runs through development and governance in China today.

——"Establish a big historical view, analyze the evolution mechanism from the long history, the tide of the times, and the global situation, explore the laws of history, and propose corresponding strategic strategies."

This method has been repeatedly used in China to improve governance and formulate mid- and long-term development strategies, and has become an important part of China's governance methodology.

The "Thirteenth Five-Year Plan" came to a successful conclusion, and the 14th "Five-Year Plan" is about to begin, highlighting the scientific nature and advantages of China's national strategic planning and target management, which are inseparable from China's scientific application of historical thinking.

——"History always gives people the power to absorb wisdom and move on in some special years."

This method has also played an important role in China's national mobilization of miracles.

In the past year, the Chinese people’s sense of history has been unprecedentedly stimulated. Whether it is to achieve the millennium miracle of getting rid of absolute poverty or to achieve major results in the fight against the epidemic, it is the first to control the epidemic in the world and is the first to restore economic growth. China’s historical thinking is overcoming difficulties. Shows amazing power in it.

Xi Jinping has repeatedly clarified the importance of Chinese historical thinking, which in fact also provides an important perspective for the outside world to understand what China thinks and does.

From this, we can understand China’s clear sense of orientation-continue to move on the path of creating Chinese miracles, and firmly be a world peace builder, global development contributor, and international order defender.

As a result, one can understand what Xi Jinping said that China’s high-quality development is “not a one-time thing”, understand China’s determination to deepen reform and opening up, see the long-term, stable and sustainable development strategy of China, and understand that today’s “China can” absolutely cannot. It's not a "temporary luck".