China News Service, Beijing, March 9th, title: "Ten Years of Grinding a Sword" in Core Technology Tackling, "Keeping the Original Heart" must also "Sink the Heart"   Author Guo Chaokai   This year's government work report mentions the spirit of "a sword in ten years" and emphasizes the achievement of major breakthroughs in key core technologies with this spirit.   During the "Thirteenth Five- 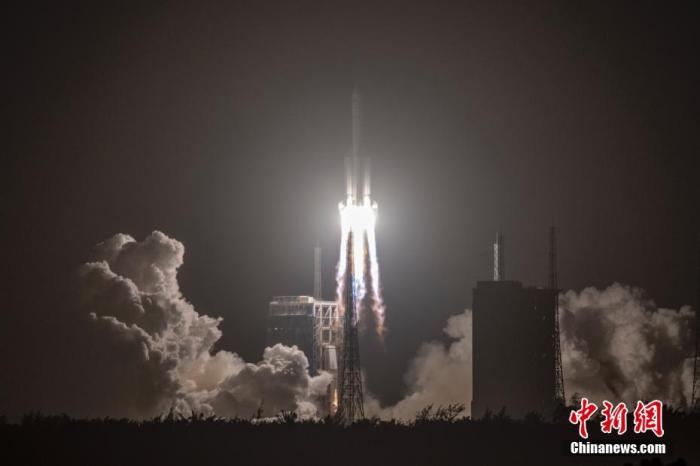 This year's government work report mentions the spirit of "a sword in ten years" and emphasizes the achievement of major breakthroughs in key core technologies with this spirit.

During the "Thirteenth Five-Year Plan" period, breakthrough achievements such as "Tianwen No. 1", "Chang'e No. 5" and "Struggle" continued to emerge. However, the current scientific and technological development in China still has problems such as weak basic research and original innovation.

Standing at the new starting point of the "14th Five-Year Plan", if China wants to achieve high-quality development, it must rely on innovation-driven connotative growth and break through key core technologies as soon as possible.

Tackling the core technology is by no means a matter of day and night. Without the persistence of "10 years of sharpening a sword" and years of hard work, it is difficult to succeed.

To persist in "a sword in ten years", we must first "keep the original aspiration."

Once upon a time, the older generation of scientists were willing to stay incognito and promise the country by themselves.

Qian Xuesen, Deng Jiaxian and other "two bombs and one star" fathers gave up favorable treatment abroad and returned to the motherland, and plunged into the depths of the desert to "cast swords" for the country.

"The father of hydrogen bombs" Yu Min has studied nuclear weapons for the country and stayed incognito for 28 years.

Looking back on the development of China's science and technology, whether it is the "two bombs and one satellite" or the manned spaceflight, lunar exploration project and other major scientific and technological achievements, all of them rely on generations of scientific research personnel to "grind a sword in ten years" and work for a long time.

To insist on "a sword in ten years", scientific and technological workers need to be able to endure "loneliness", sit on a bench, and settle down.

It is undeniable that there are indeed impetuous problems in the current scientific and technological circles.

The "number of papers" and "professional title" are used to discuss heroes, which encourages impetuousness; "expert voting" and "peer review" also breed utilitarianism.

Impetuous phenomena have various forms, but the root lies in the evaluation mechanism.

The Chinese science and technology team has huge potential for innovation. The key is to deepen reforms and effectively release their potential.

This reform is to achieve "one-off, but all-in-one", and it must be "broken" and "established."

Resolutely get rid of "only papers, titles, academic qualifications, and awards only"; shift more energy from dividing money, dividing materials, and determining projects to determining strategies, guidelines, and policies.

Make basic research the “water of the source” of scientific and technological innovation, and promote research through “revealing the rankings” to give innovative leaders greater power to determine technological routes and to use funds.

In fact, many measures in the government work report this year are also creating conditions for scientific researchers to devote themselves to "a sword in ten years": implement the policy of expanding the autonomy of the use of funds, improve the project review and talent evaluation mechanism, and effectively reduce the unreasonable burden of scientific researchers. ...

A number of mechanism reforms are on the agenda, aiming to loosen the constraints of scientific and technological workers and allow more scientific research talents to calmly resolve scientific problems.

Only by adhering to the original intention, sinking heart, and conserving heart, can China gather talents from all over the world, create an innovative situation of "all kinds of frost and sky competition," and overcome difficulties and ride the wind and waves on the road to key core technologies.