Korona divided Finland in two: restaurants are enjoyed in Kokkola, upper secondary schools are already being closed in Turku

The closure took effect on Monday in most parts of Finland. Finland now lives in two realities. In much of the country, a closed state came into force on Monday morning to prevent the spread of the coronavirus. In principle, the restrictions apply to areas in the spreading and accelerating phase, ie most of Finland. Currently, the basic areas are only Central Ostrobothnia, Northern Savonia, Kainuu, North Karelia with the exception of Joensuu, Liperi and K 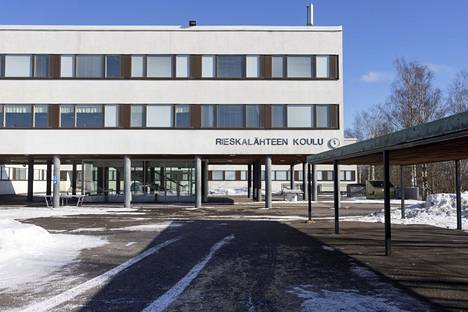 In much of the country, a closed state came into force on Monday morning to prevent the spread of the coronavirus.

In principle, the restrictions apply to areas in the spreading and accelerating phase, ie most of Finland.

Turku is one of the cities where the customer limit of ten people is now complied with.

The new restrictions imposed by the Regional State Administrative Agency also apply to schools, as all 7th-9th graders in the area switched to distance learning.

The courtyard of Rieskalähtme High School is quiet, even though the clock shows half a day.

However, the doors are not closed, as one group of sixth-graders is studying at the school.

It’s not much in a school that normally has five and a half hundred students.

There are no children in the yard of Rieskalähtme school. Photo: Tatu Lertola

Equally deserted is the courtyard of the Impivaara swimming pool.

Its only users are currently SM-level swimmers and children’s hobby groups.

The group of interveners are teenagers who do not belong to either of the previous ones.

- Last year we were able to keep them well involved in alternative training, but there have been noticeable after Christmas, says Tero Laine, CEO of Åbo Simmklubb.

The yard of the Impivaara swimming pool is also empty. Photo: Tatu Lertola

The new restrictions hit the restaurant and sports sector hardest.

Most of Turku's gyms and fitness centers still keep their doors open - as long as it is allowed.

Ten trainers at a time will be admitted with prior reservation.

- We decided to somehow continue.

It feels like this is such a big breather for customers and people are starting to get really tired and broken.

Many say that they have to come to do even something outside the four walls, says Minna Sukkinen, CEO of Sali 82.

Minna Sukkinen, CEO of Sali 82, is still considering how the crown guidelines should be interpreted. Photo: Tatu Lertola

The gym is now considering whether the space could be better limited, so that more people could train at a time.

- I called Aville on Thursday because the definition of space is so unclear.

The clerk admitted that this is a matter for interpretation and left to the shoulders of entrepreneurs.

- We haven't had any exposure, so this feels a bit oversized.

Employee hours have had to be reduced and opening hours shortened because staff cannot afford to be kept during quiet times.

Day by day we go.

Restaurants will have to close their operations except Monday and Tuesday nights.

Ravantit Oy has eight restaurants in Turku, almost all of which were closed at the weekend.

A few workers cleaned Pepper Mill on Monday in an otherwise quiet space.

- About 70 employees will have to be laid off, says CEO Viljo Ravantti.

According to CEO Viljo Ravanti, 70 employees will have to be laid off. Photo: Tatu Lertola

The company-owned restaurant Teini has even sold entrecôte to customers so that it is not wasted due to the closure.

- We have a dry age cabinet where the meat is cooked for four weeks.

Let's sell it out, Ravantti says.

Even if the restaurant closure is over after the now defined three weeks, there may be bankruptcies ahead.

In the town of Kokkola in Central Ostrobothnia, the townspeople go for a swim in Vesi-Veijari, eat in the downtown restaurants and sweat in the gyms.

High school students have returned from skiing to contact teaching.

There are no crowds on the pedestrian street or in the mall.

Central Ostrobothnia is at the basic level of the corona epidemic, so it is not in a closed state.

The incidence rate for the area is 28.5.

During the year, 82 coronavirus infections have been diagnosed in Kokkola, which has a population of about 48,000.

The shopping center in Chydenia was quiet on a weekday afternoon. Photo: Ville Honkonen

The students of Kokkola Hakalahti school are in the break.

The headmaster of the upper school, Harri Kangasniemi, is satisfied with the students' break-in time.

Most are equipped with a face mask, and disposable covers are not visible in the snow in the yard.

- The masks were distributed to everyone in January, and today they have been properly put into use.

In the morning, we learned how to use them and talked about disposing of them, the principal says.

If everyone changes their face shield 3-4 times a day, more than a thousand masks a day will accumulate in the trash.

- The communication has been successful, the students have been able to take their masks to the rubbish brought in for them, Kangasniemi thanks.

The headmaster of Hakalahti school Harri Kangasniemi is satisfied with the use of schoolchildren's masks. Photo: Ville Honkonen

The restaurant on Torikatu serves a lunch buffet.

- Last spring we were closed for a week.

It was a gloomy time, it is not to be missed.

It is good that Kokkola has remained at the basic level of the epidemic and the restaurants are allowed to be open, Milla Kantima sighs.

A year ago, the company’s revenue side was patched with takeaway food.

According to Kantima, it enabled the payment of compulsory expenditure, but does not pay staff salaries away.

- Even in the event of a shutdown, the entrepreneur is forced to find out and come up with ways to cover the expenses, he says.

A handful of enthusiasts will work out at the Fit Kokkola gym on Monday afternoon.

Entrepreneur Christel Viitanen says that there is a nine-person limit in group exercise.

The hall tries to continue as normal a life as possible in the shadow of restrictions.

- Trying to live a normal life with a positive attitude in spite of everything.

Christel Viitanen's gym takes the recommendations given due to the corona epidemic seriously. Photo: Ville Honkonen

Viitanen knows what he is talking about, as he started as a hall entrepreneur in January 2020. When the corona epidemic began to rumble, some customers disappeared.

- However, some came back during the autumn, but there is a huge amount of work to be done.

The groundwork for customer acquisition was partially wasted.

Now I follow the recommendations of local Soiten, avi and THL several times a day.

In order to prevent infections, cleaning has been intensified, places are disinfected and surfaces have been treated with a nanocoating, Viitanen explains.

Kokkola has about 48,000 inhabitants.

82 coronary infections have been diagnosed during the year. Photo: Ville Honkonen